Kenro Izu. Remember to not for..

A building site by Paolo Icaro at P420 gallery

A building site by Paolo Icaro at P420 gallery

Paolo Icaro (Turin, 1936) abandons his university studies at a very young age to practice sculpture in Umberto Mastroianni’s studio and in a short time he is invited to the main international avant-garde art exhibitions where he is honored with important awards. Right from the start his work, often combined with the trends most in vogue in the 60s and 70s, such as arte povera, conceptual art and process art, stands out for an unmistakable combination of intellectual rigor and visionary, which still today make its style unmistakable in the noisy scenario of the contemporary art scene. The focus of his work has always been space, intended as an airtight material to be molded, measured and inhabited with body and thought, in a continuous exploration of the sensory and tactile potential of unadorned materials such as glass, wood, lead, paper or plaster.

From 1966 to 1968 he moved to New York, where he lived in the industrial area of ​​Manhattan that would soon become Soho and where, observing from the window of his studio the surrounding metal structures, which seemed to enclose the sky, conceived his first Forms of space, sculptures in metal profiles renamed immediately after Cages, in which the sculpture becomes construction of an ideal space, literally on a human scale. In these apparently severe and minimal grids, in fact, the distance between the bars corresponds to the width of the artist’s hips, which suggests to cross them to deny the impression of separation and reclusion usually aroused by this type of structure and to experiment with unexpected possibilities of symbiosis between geometric and anthropomorphic forms. The starting point of all his works is the awareness of the intrinsic qualities of a measured but infinite space, a space that becomes a place, narration, matrix and memory of a fascinating succession of plastic events that take place over time, triggered by the artist’s gesture and the viewer’s reaction.

In 1971 Icaro moved to Connecticut, where he stayed in the countryside and where in the absence of metal he approached plaster, a versatile material capable of recording the imprint of a gesture that becomes a concretely measurable volume, a space with tactile qualities (smoothness, roughness, weight) typical of sculpture without ever appearing inert. Imprinting the measure of his palm in the plaster, engraving the distance between his pupils or the length of the fingers means for the artist to bring into perfection the excess of human error which with its constitutive unpredictability that galvanizes the inertia of the material making it signifier. Each work is for him a sublimated trace of a change of state, of the physicality of a volume which, however rarefied, is always the result of a sculptural operation that involves space, in which the object produced is like a symptom, a point of reference that makes tangible the tension and energy of the innumerable possible forms generated by our existence. The form is composed and decomposed according to the gaze of those who are able to perceive it with the eyes of the visionary and for this reason Icaro defines his sculptures as creatures made more of space than of matter, as communication filters that manage to make immanent the abstract perfections of the Platonic solids and to sacralize the constitutive incompleteness of the human being by adding a touch of concealed irony.

The Cantiere exhibition at the P420 gallery in Bologna is a precious opportunity to understand the creative process of Paolo Icaro and to naturally immerse oneself in a constellation of integrated space events, unique in their individuality, each of which, happening before our eyes, becomes a obligatory stage of a labyrinthine path but mysteriously intelligible to instinct in its internal logic. The exhibition stages more than thirty works created by the artist over a period of time ranging from 1969 to 2018, establishing an osmotic dialogue between different creative phases in a great architecture-organism that demonstrates how over the years Icaro has been capable of remain faithful to himself without falling into repetition or in sterile dogmatism. As the artist himself explains, “ Cantiere is a place of work in progress: the question, the choice, are followed by the critical filter, the hypotheses are converted into actions that open other hypotheses, other critical reflections. In Cantiere the space is dynamic, continuously modified, rethought, adjusted, deformed and the making leaves room for undoing to redo”.

The syntax of the exhibition is articulated by trajectories marked by thin wooden sculptures-palisades, portions of a straight line that ideally pierce the floor, the ceiling and the walls to continue in an ever-expanding mental space. They are lines of balance that establish an imaginative relationship with space, cutting it into infinite sections like the whole from which they are generated. Their presence is meager and conceptual, but firmly anchored to the sensitive reality by exposed nails and chipping that remind us how the strength of sculpture resides in its being at times rude in preserving and enhancing the irregularities of its constituent materials. The leitmotiv of the exhibition itinerary could be the crossing, intended both as an imaginary visualization of the geometric surfaces that could link these mathematical material segments together (which in turn, if rotated around their axis would produce immaterial solids), both as a fascination for transparency, which can be seen even before entering the gallery from the windows partially veiled by a layer of white paint.

The same milky paint dulls the transparent acetates that are shown on the walls as polaroids of a free themed journey and the aluminum sheets of the second room, whose mirroring properties are concentrated in the cardinal points of a fragile body which is adamant in its proportions. And then plaster, a malleable paste that forever hardens the fluidity of an action without blocking it, a sensual trace of a tension that dissolves into a bed of overabundance to let flow out like a dense tide or to be quieted inside a concave shape. Sometimes the Tale is concentrated in precious parallelepipeds measurable with the palm, different in weight, essence and veins but analogous with the intention of being equally different.

Everything appears secretly organic despite the absence of explicit figurative references and also the severity of the metal is tempered by soberly playful colors, such as the blue of Hopscotch (1967), a duet between a steel grid and a chain that dilutes its contours. Sometimes the color is not afraid of being excessive, as in the angular structures called Punte della Favola (1970) in which the burnished and chromed steel is covered by a shimmering layer of black glitter. The same black and the same structure transformed into solid concavity return to Angolo Buio (1971), a glittering orphic black hole in which to get lost for an instantaneous eternity that nothing should envy to the luxurious Vantablack chasms by Anish Kapoor. 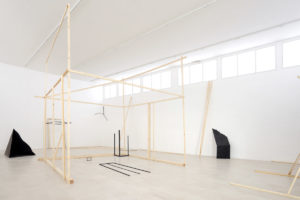 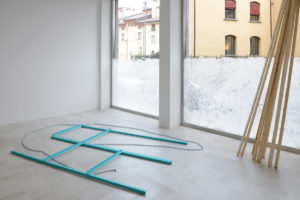 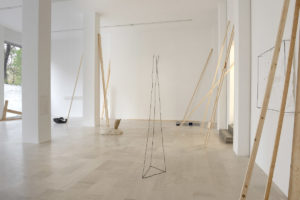 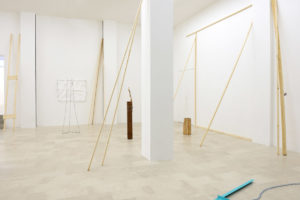 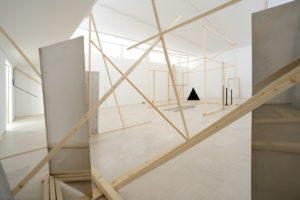 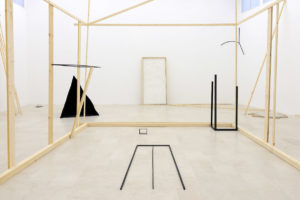 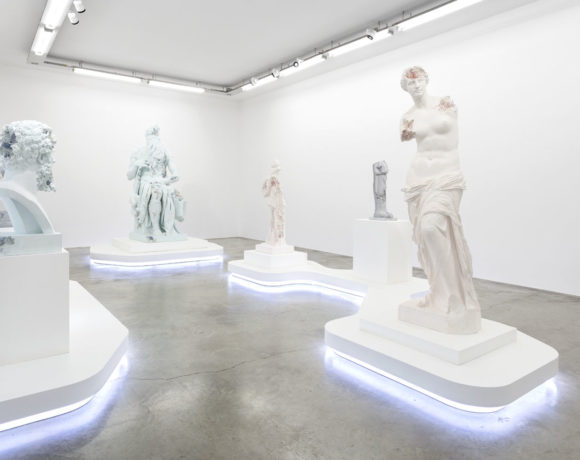 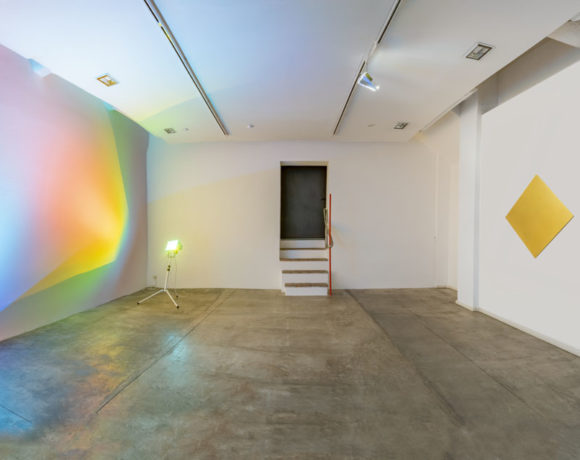