Mahin Monfared. The color of e..

The recent restrictions imposed for the containment of the contagion by Covid-19 have put a strain on the international cultural system. The forced closure of museums, theaters and cinemas as well as the drastic, as necessary, restrictions on mobility have generated an unprecedented crisis in the touristic and cultural field but the intensification of the epidemiological emergency, especially in the museum sector, seems to have gone hand in hand step with the increase in layoffs. The cuts in staff as well as the reduction of educational services have highlighted the critical issues inherent in an already highly precarious system well before the Coronavirus. The artists themselves were also affected by the crisis generated by the pandemic. The interruption of the exhibition activities led to the preparation of the exhibitions and scheduled events via social networks. The production of free online content has helped to expand the cultural offerings of numerous institutions. There was no shortage of auctions to support who was in greatest difficulty. Nonetheless, a general rethinking of the consolidated economic and social dynamics that move the art system seems to be failing.

The first effective reference to an artist strike dates back to the initiative promoted by employees from the socialist periodical The Masses in the spring of 1916. The Artists denounce the propaganda drift of the editorial policy imposed by the publishers Max Eastman and Floyd Dell. Between 1935 and 1937, the Artists’ Union, the union of artists formed in New York during the Great Depression, also launched three strikes scheduled for August 21, 1935, December 9, 1936 and May 27, 1937. Organization members hired by the Federal Art Project, flanked by Federal One workers, proclaim the interruption of production to denounce the reduction of the funds and the wage cuts foreseen by the Work Progress Administration. However, the hypothesis of a strike that directly refers to the art system itself is first argued in the essay by Alain Jouffroy What’s To Be Done About Art?, published in 1968 in Art and Confrontation. The Parisian poet and critic speaks of the possible proclamation of an active strike of art that highlights the latent contradictions that animate the cultural industry, echoing the Situationist International and the movement of the sixty-eight from which arise the disputes of the XXXIV Biennial of Venice and the occupation of the XIV Triennale in Milan. Jouffroy’s aim does not consist in the complete interruption of artistic production, but in achieving a different conception of art that makes works the means for generating revolutionary ideas, forms and techniques.

The ideas of the Parisian author led to the formation of the Art Workers Coalition (ACW) in January 1969. The heterogeneous New York organization claims the annual establishment of a committee of artists to curate the exhibitions, the free opening of the museum for one day a week, the recruitment of qualified staff for the maintenance and preparation of the works as well as a greater communication between the museum’s management bodies, the public and the artists. The thirteen points presented by the group to the director of MoMA Bates Lowry seem in part to refer to the positions of Gustave Courbet, who in 1871 hoped that the management of museums and collections would pass into the hands of the artists themselves. The involvement of the greatest exponent of realist painting in the Paris Commune implies a break with the monarchy as much as with the bourgeois institutions, making it an emblematic figure of the transition, which occurred in the second half of the nineteenth century, towards the idea of ​​ independent art worker. This passage is in fact central precisely for understanding the link between social movements and contemporary art that also moves the demands of the AWC. The thirteen points also provide for the financing of experimental works made in public spaces and the support of independent artists, facilitating the exhibition of works by the African American and Hispanic communities. In 1970 the AWC joined the MoMA workers in the group known as PASTA (The Professional and Administrative Staff Association) to address the instability of all the professions that orbit around the different aspects and stages of artistic production, while the the male prevalence of the organization led to the birth of the feminist collective Women Artists in Revolution (WAR) in 1969. The AWC called two strikes in support of the protests against the war in Vietnam on 15 October 1969 and 22 May 1970. The organization closed some of the most important exhibition venues in the city, which were followed by the interruption of the Robert Morris exhibition at the Whitney Museum and the boycott of the US pavilion at the XXXV Venice Biennale, probably also inspiring the Monthy Python’s Flying Circus sketch Art Gallery Strikes aired on December 15, 1970.

AWC’s activities ceased in 1971 but the group’s legacy was soon picked up by Gustav Metzger. In 1974 the creator of self-destructive art published the text Years Without Art in the catalog created for the collective exhibition Art Into Society-Society Into Art: Seven German Artists held at the ICA in London. Metzger takes up what Lee Lozano did in 1969 with General Strike Piece but broadens its scope, proclaiming a strike that leads, between 1977 and 1980, to the complete interruption of the sale, exhibition and production of any work. The text highlights how in three years the market would have reached an unprecedented critical point, highlighting its interference in the subsequent texts How Long … Before All Artists Cease to Mutilate Themselves in the Interests of the Art Trade? and The Art Dealer: a Bibliography. Metzger, albeit in the paradoxical nature of his proposal, is aware of the fact that the strike would inevitably lead to the dismissal of many museum employees, but at the same time believes that such an initiative represents the only tool for calling the art system into question in its entirety. The contribution of the German artist, who refuses to exhibit his works at the ICA, ends with When Is Political Art Political?, A short text in which the unusual juxtaposition between Eisenstein and Disney as well as the comparison between the Soviet and Nazi propagandists works serve as a pretext for questioning the actual political role of art, imagining a near future in which the artists, led by the South American team, would have pushed art towards a new direction, where even the Mona Lisa would have lost its value.

Metzger’s call to strike proved to be essentially a failure as he was the only participant. In 1979 Goran Dordevic proposed the hypothesis of an international strike of art but the numerous perplexities shown by the forty interested artists pushed him to abandon the project. Metzger’s appeal was re-proposed for the three-year period 1990-1993 by Stewart Home, to whom the creation of the iconic logo with the broken brush was also due. The strike, preceded by publications in Smile magazine and the 1989 Art Strike Handbook, is presented by Home as a tool to stimulate a broad critical debate around the same concept of art. Despite an unexpected media response, Home is aware that the strike cannot actually block the art system but underlines how such an initiative can contribute to calling into question what it defines as the hierarchical structures of art. Thanks to the previous experiences under the collective pseudonyms of Karen Eliot and Monty Cantsin, Home wonders about the possible consequences of the strike on the social identity of the artists. The London activist, who emerged from the Neoism movement, in fact dwells on the absence of a universal criterion for defining what a work of art really is. In this regard, it highlights how John Cage’s compositions are considered some of the most influential and important works of the twentieth century, while Madonna’s albums, while enjoying incredible success, do not get the same recognition. According to Home, what distinguishes a work of art is nothing more than the set of social and institutional relationships that revolve around it. The art strike, while taking up Metzger’s ideas, thus becomes a means of re-discussing the privileged position of the artists as well, shifting attention to class conflict within the cultural world itself.

The “debienization” of contemporary art proposed in 2009 by Alytus’ Art Strike Biennal, the initiatives of the Spart Action Group or the more recent J20 Art Strike and Women Artists’ Strike demonstrate the relevance of certain issues. In this sense The birth of groups such as Art Workers Italy and NYC Art Workers as well as the cuts reported in Spain by the Amecum and in Portugal by the employees of the Serralves Foundation highlight how much the radical political approach of the exhibited works is often not reflected in the discrepant decisions taken from museums and foundations. If on the one hand the controversial poll published by The Sunday Times reports that, for Singaporean public opinion, the artists are the least useful professional figures for the community, bitterly recalling the declarations of the former minister Tremonti, on the other hand the failure recognition of professional specificities and the absence of measures that protect the precarious condition of artistic and cultural work, once again, demonstrate the need for shared action. 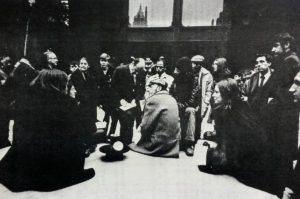 Artists Attack MoMA, photo published in the East Village Other on 24/01/1969 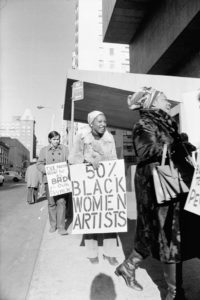 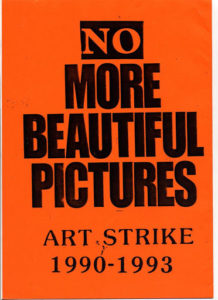 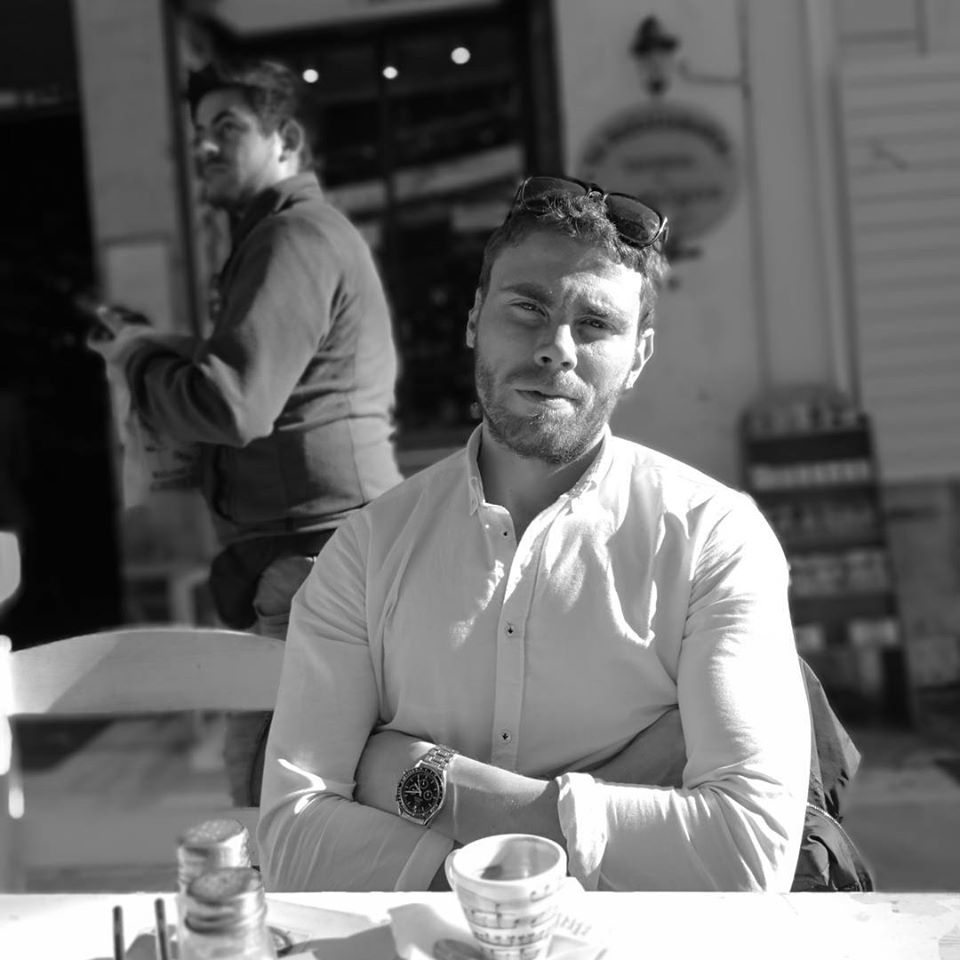 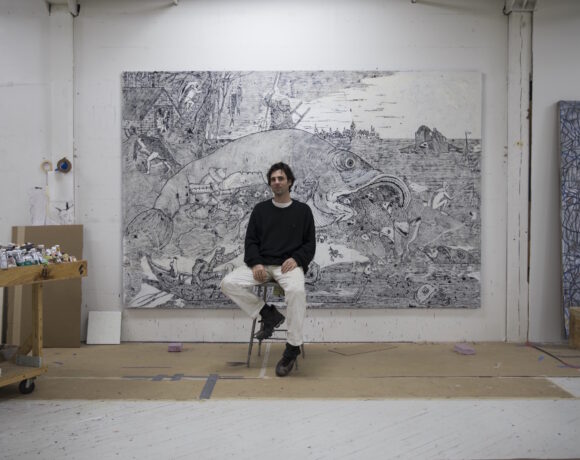 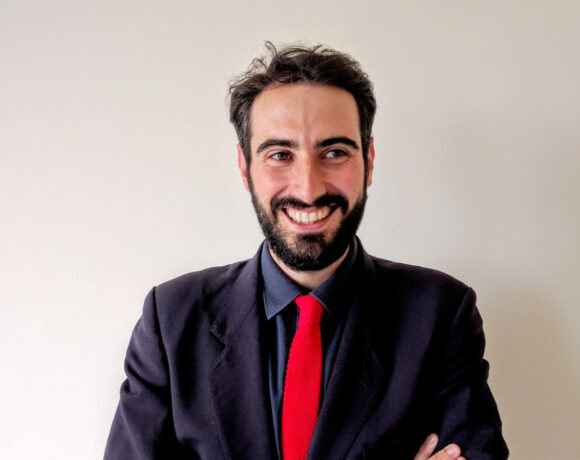 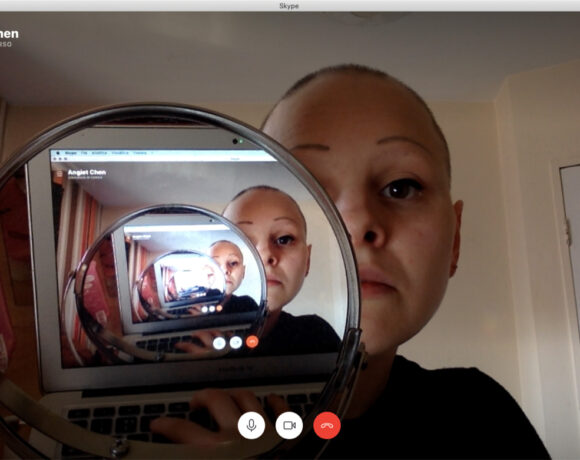