Accelerationist aesthetics and peoples of the Net (IV)

The subcultures of the Net create their own vocabularies by incessantly recombining graphic, iconographic and audiovisual elements taken from the virtual environment in which they exist. They do not simply offer a moralistic and antagonistic critique, but parodies, simulations, welcoming with enthusiastic baroque emphasis every form of plagiarism, iconographic or brand syncretism, mixed with an accelerationist spirit, as a form of acceptance of an incontrovertible fact: the victory of capitalist consumerist ecstasy. The citizens of the Net scoff at uncritical and subjugated behaviors without, on the other hand, opposing any resistance to the capitalist symbol par excellence because they are disinterested in any form of antagonism, seen rather as an old and ineffective political ruin of the twentieth century.

On this level, Signe Pierce[1], who defines herself as Hyperreality Girl, although of recent relevance, is emblematic. Her production is based on a very simple as well as truthful concept, namely, the real / virtual merging, the evolution of new media and their devices that generate an expansion of perception that now includes and mixes phenomenal and virtual reality in a single conscientious dimension. Her work takes place, as for almost all Post Internet artists, simultaneously in real space and on the Net with performative actions in which the works created on Instagram, Tumblr, Youtube, or rather, on those social platforms set up for self broadcasting, overlap.

The undisputed creative queen of this communicative practice is Amalia Ulman[2] who simulated a virtual identity by pretending to be an influencer and filling her Instagram account with fascinating photos that portray her in that fictitious guise. On the other hand, talking about the concept of identity, Ann Hirsch[3], a feminist activist, simulated an adolescent identity on Youtube that ironically mimicked the naively provocative behaviors of a hypothetical young youtuber who danced for the delight of ninety thousand followers, to whom she revealed, after three months, to be a performer artist whose aim was to analyze male behaviors on the net. Dangerously on the same level is the work of Samira Elagoz[4], performer, video artist and documentary filmmaker, who paid dearly for her investigation into the use of social media for casual encounters like Craigslist, undergoing a couple of documented rapes – here the encounter of real and virtual shows a sinister and risky aspect. From her experience he produced the Craiglist Allstars documentary screened at various festivals and winner of an award at the Chicago Underground Festival in 2018, which illustrates her relationship with individuals contacted on the Internet.

Artists like Jon Rafman[5] and Ryan Trecartin[6], in their works inspired by the cultures expressed on the net, imitate or propose as ready-made aesthetic elements, objects and behaviors “stolen” from other artists or creative web-based users. Inspired by the aesthetics, or by the sick behaviors of Otaku and Hikikomori, Rafman’s work focuses on video installations that report excerpts from the anthropology of the Web, suggestions from surreal imagery, plagiarism, problems relating to the conservation of memory on digital media – and here it’s worth remembering that the Internet is an immense messy and crumbling data archive – staged by videos between narrative and symbolic that simulate stories similar to those of video games. Trecartin pushes even more on the parody accelerator. His video installations are paroxysmal and ridiculous mise-en-scene of the adolescent behaviors of a generation totally dazed by goods and consumption. Even the dialogues are delusional parodies of communication and imitate the absurdities we often read in the chats of social networks. 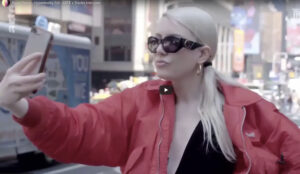 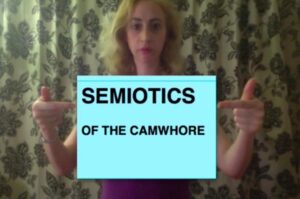 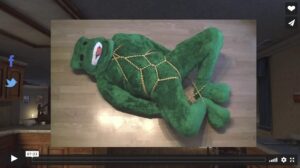