Past / Present in Lugano

Accelerationist aesthetics and peoples of the Net (V)

After mentioning in the last episode (CLICK HERE) some leading names of international Post Internet productions, we finally come to the Italian scene (as long as it makes sense to speak of a national territory in reference to an environment without cultural, aesthetic and anthropological borders as Intenet). We first meet Mara Oscar Cassiani[1] who defines her artistic identity as follows: “Web-based artist who works in the field of performance, choreography and new media”. Like a rhizome, the artist lives in the undergrowth of subcultures and then suddenly appears in the real spaces of the exhibition venues and reveals her own media otherness without requiring any legitimation from the system because as she says: “[…] these worlds are elusive, they are codes that are continually rewritten to escape[2]”. In the aesthetic impregnability lies the cognitive freedom to continually rewrite the codes of communication. We are therefore well beyond the dialectic between true and false towards the recombinant logic of merging. Identity and branding come together in the wild coloring of aesthetics.

Elisa Giardina Papa offers a reflection on the impact of the web on people’s real lives through the Post Internet analysis illustrated with aseptic and minimal works. Her production is mainly installation, but the focus remains the audiovisual extracted or inspired by online content. The artist mainly investigates the issues of gender and sexuality, but also the new works offered by platforms dedicated to the technologies of care, addressing issues such as empathy, precariousness, immaterial work, as new dimensions of an evolved cognitive, but rarefied at the mercy of an uncertain working destiny caused by hyper-liberal capitalism.

The video works and installations of the collective MRZB[3] (Désirée Nakouzi De Monte and Andrea Parenti) are aimed precisely at the products of hyperliberism. According to the duo, the final products of capitalism are not goods and spectacle, but garbage and degradation, elements exalted in an ironic way and giggle as a positive and accelerated attitude of acceptance of the decline of the West, faced with playful lightheartedness, conscious of the ineffectiveness of any form of antagonistic resistance. Their work, which takes place simultaneously on social networks such as Instagram and in the orthogonal spaces of the galleries, symbolically illustrates the degraded condition of marginal lives generated by precariousness. The urban periphery, therefore, becomes the emblematic place of bizarre behaviors and assemblages of objects created with recycled materials. A joyfully dissolute generation that wallows in trash, decorating it to manifest, even physically, a condition of life understood as an accumulation of rubble.

The Mulieris[4] collective (Greta Langianni, Sara Lorusso, Alice Arcangeli), questions the condition of women and communication via the Internet, virtual female identities and the existential issues of the millennial generation observed by women. While not expressing ideologized feminist contents, the problem still has a political edge in defining imposed roles, cliches and the possibility of overcoming them, promoting a reflection from below of the direct experience of women. Central to the dissemination of their content are the opportunities offered by self broadcasting, a self-promotion that intends to rebalance, even in the artistic field, the comparison with the male world. However, the three artists have their own independent production. Greta Langianni[5] is a photographer who dedicates herself above all to fashion by portraying women, enhancing their personality, mood, character, almost as if the clothes were nothing more than accidental and occasional accessories for leaving the house. Sara Lorusso[6], photographer as well, is particularly interested in defining the condition of young women, often offering emotional self-portraits or visual metaphors of her experience with the aim of overcoming the stereotypes of the female condition. The illustrator Alice Arcangeli[7], who allows herself photographic forays, tackles the theme of female sexuality describing it with a few calligraphic strokes, complex relationships and performative acts. Around these themes she has built a virtual identity that acts on the peculiarities of the female body by seeking intimate contact with the public.

The international Clusterduck[8] collective based in Berlin, but mostly made up of Italian authors, is configured as a hub, an observatory, an agency for creatives of the Net that operates at the crossroads between research, design and film production, focusing on processes and authors who create Internet-related content. Their ethical goal is to make people reflect on how to build their own digital identity through social media, to foster a conscious experience of the digital world.

In conclusion, we can say that the advent of digital identity has definitively closed the oppositional dialectic between true and false because on the Net this opposition has no reason to exist. With the advent of Post Internet artistic productions we observe how virtuality has mixed with concrete objects of real life and with self broadcasting, we have seen the birth of small entrepreneurs who have created their own brand. Ultimately we see how the simulacra of the entertainment society have hybridized with the daily actions of people thanks to devices such as smartphones. Once the ideological barriers have been broken down, the hypermodern technological acceleration opens up scenarios in which consciousness seems to have no more boundaries. 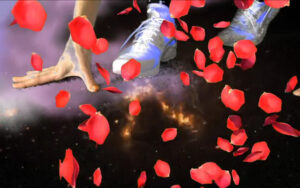 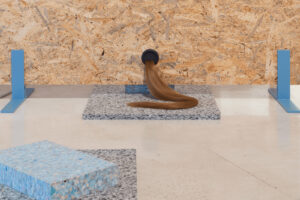 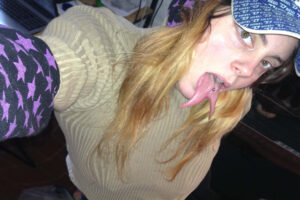 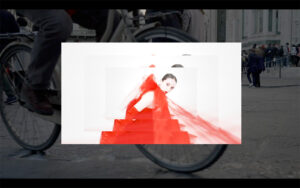 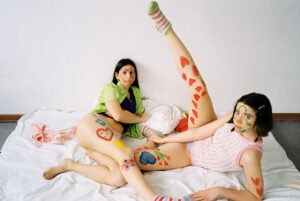 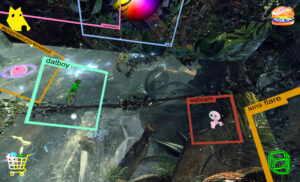