In conversation with Trisha Ba..

Art and rebirth. Three cases from which to draw a ...

Art and rebirth. Three cases from which to draw a lesson for the future

Can art recover from these dark times? The forced closure of museums and libraries, cinemas and theaters has caused the ingenuity of the institutions, which have run for using digital technology to offer certain services to their users. A proactivity and a commendable impetus from the world of culture, also considering the gap between many of these realities and the online world. Although this semblance of normality has allowed us to go on, the wound caused by the events will continue to burn for a long time: the numerous deaths, the fear that united us in the most critical moments, the difficulty of digesting the “suspended time” that characterized the days of the quarantine, are sensations that we will carry with us for a long time. How will art react to all this? In contemporary history, art has shown on many occasions that it can fulfill what Aristotle defined as the “cathartic function” of the work, according to which the viewer, identifying with it, can purify himself from those emotional states that oppress him in everyday life.

Three examples among all can give us hope that even from this bitter lesson artists, gallery owners and curators will be able to grasp the teachings and convey them through the languages ​​of art.

In 1968 a violent earthquake, of magnitude 6.4, hit a large area of ​​western Sicily, the Valle del Belìce, between the cities of Trapani, Agrigento and Palermo. Fourteen towns are hit with consequences of varying intensity, and some of them remain completely destroyed. The events concerning their reconstruction are troubled; among these, the case of Gibellina nuova stands out, rebuilt as a city-museum, thanks also to the contribution of famous architects and artists. Despite the high artistic value of the intervention, however, it presents itself as a top-down operation, dropped from above, which did not meet the needs of the population, nor did it contribute to adequately develop a tourism supply chain. The fate of Gibellina vecchia is different; a destiny that intersects with Alberto Burri, emblematic artist of Italian art after the Second World War. When, in 1984, the artist visits Gibellina for the first time, he is faced with the terrible scenery of its rubble. Burri decides to freeze forever those destroyed houses, silent casings abandoned to their destiny, completely covering them with concrete and leaving only the streets of the town free; the result is the land art version of one of his famous Cretti, which faithfully follows the topography of the old Gibellina. The radical intervention of the artist fully fulfills its function of memento mori, like a splendid plaque, erected in memory of a tragedy that cannot be forgotten; at the same time, however, making those abandoned spaces traversable again, it seems to want to restore them to new life. The initial project remains unfinished due to lack of funds; for twenty-five, long years, “Grande Cretto” turns into an “infinite building site” and is left to total neglect. This until May 2015, when “Great Cretto” is completed. After years of neglect, the work has been able to revive becoming the location of artistic installations, performances and even the scenography of documentaries; the demonstration therefore of how art can be a promoter of rebirth, when it interprets the needs of a place and does not remain distant from those who live that place daily.

In 1980, a new earthquake struck the peninsula, this time hitting the territories of Irpinia, the historic region located between Campania and Basilicata. The damage is even greater: about 280.000 displaced, 8.848 injured and, according to the most reliable estimates, 2.914 dead. Again, entire countries are being razed to the ground; again the reconstruction is slow, marked by episodes of corruption and illicit diversion of funding. The power of the earthquake is such as to reach Naples, albeit causing less damage; city ​​that, in those years, was experiencing a real cultural renaissance, thanks to some personalities of art and entertainment who worked to bring not only Naples in the world, but above all the world in Naples. Among these, the name of Lucio Amelio, founder of the Modern Art Agency, stands out in the suggestive Piazza dei Martiri, which soon became a real meeting place for prominent personalities of the artistic panorama of those years. In fact, Amelio manages to create a fruitful dialogue between Neapolitan, Italian and international artists, promoting the most updated artistic currents, from Minimal to Arte Povera, and anticipating the languages ​​that will be the master in the 1980s, those of the Transavantgarde. He concerted the famous meeting between Warhol and Beuys, an appointment with a highly symbolic value, between America and Europe, but above all between two ways of seeing the world, the colorful and mundane one of pop art and the austere and committed one of conceptual art; meeting that could not hope for a better scenography if not Naples, a land always predisposed to exchange and contamination. After the terrible event of 1980, Amelio plans to involve the artists who had exhibited in his gallery over the years, asking each of them to create a work that had the theme of the earthquake. Their response is not long in coming, and the result are works in which numerous references and visual suggestions are intertwined: the Neapolitan culture, history, religion, and of course death, destruction, but also creative energy, drives vital that see in the earthquake the most fitting of metaphors. The works will create a collection, entitled Terrae Motus, which will be exhibited on various occasions, including abroad. In Amelio’s project, Terrae Motus was supposed to form the core of the permanent collection of the first museum of contemporary art in Naples; unfortunately his idea will never see the light, due to the lack of dialogue with the institutions. Before dying he left his collection-testament at the Royal Palace of Caserta, confident that the short circuit triggered between ancient and contemporary would best enhance the works that made it up. And after all these years, even if spent between partial exhibitions or that did not respect the wishes of its creator, Terrae Motus is still there, to remind us that even from the darkest chapters of our life a beautiful flower can be born.

Another sad page in the history of our country dates back to 1980: the IH870 scheduled flight, departing from Bologna Borgo Panigale and heading to Palermo Punta Raisi, falls in the Tyrrhenian Sea. The accident counts 81 victims, all the occupants of the aircraft, including passengers and crew. Several decades later, the causes are still not entirely clear; on September 10, 2011, after three years of debate, a sentence condemns the ministries of defense and transport to pay over € 100 million in favor of the victims’ families. On 27 June 2007 the Museum for the Memory of Ustica is opened in Bologna and its heart is the installation by the artist Christian Boltanski, made with the original remains of the plane. What is most striking about the museum is the atmosphere that welcomes the visitor: he walks along a walkway turning around the torn carcass of the aircraft, as if he were invited to observe the bowels of a helpless giant. Next to it, in some wooden cases covered with black plastic, the personal effects of the passengers are kept, present yet inaccessible, inscrutable. Along the way there are 81 black mirrors, one for each victim, behind which a loudspeaker is positioned: the hisses are difficult to distinguish, whisper in the ear of futile thoughts, such as those of the unsuspecting protagonists just before the crash. Finally, the lighting that accompanies the visit contributes to fueling its suggestion: the 81 intermittent lamps turn on the hangar and then sink into the dark, giving the impression, with their fluctuating operation, that the structure that welcomes us is in able to breathe, and that, therefore, be itself alive. That designed by Charles Boltanski is an experiential work, which works not so much on the elaboration of mourning, but on the desire to make the memory of the event imperishable; on the other hand, the entire museum project, thanks to a room dedicated to archival material, follows this vocation, ready to pass on to those who visit it, the witness of the memory of the events that have occurred.

Three different stories, which show how art feeds on fears, but also on dreams and hopes; we must be aware that we, with our dreams and our hopes, will be the protagonists of the stories that art, drawing inspiration from this experience, will be able to tell. 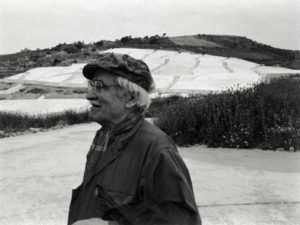 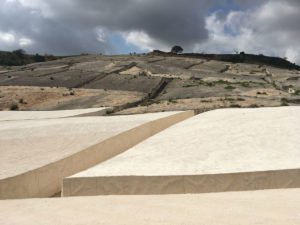 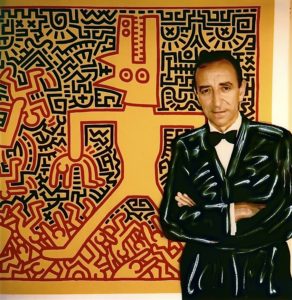 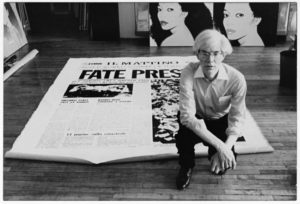 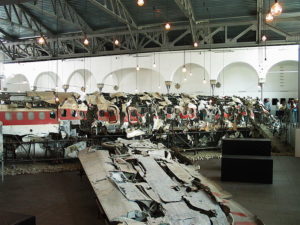 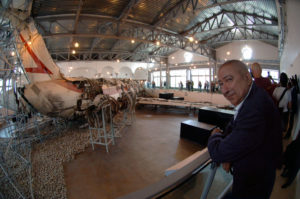 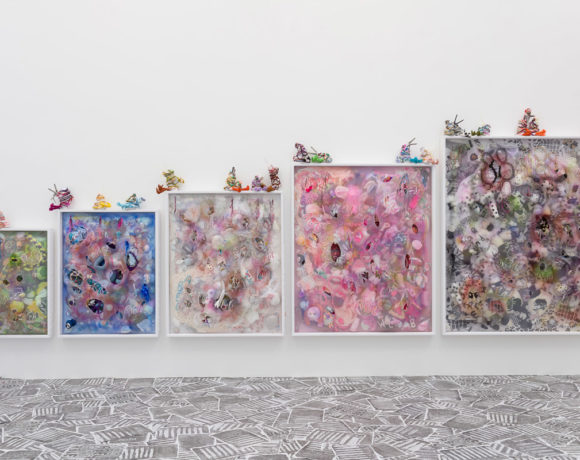 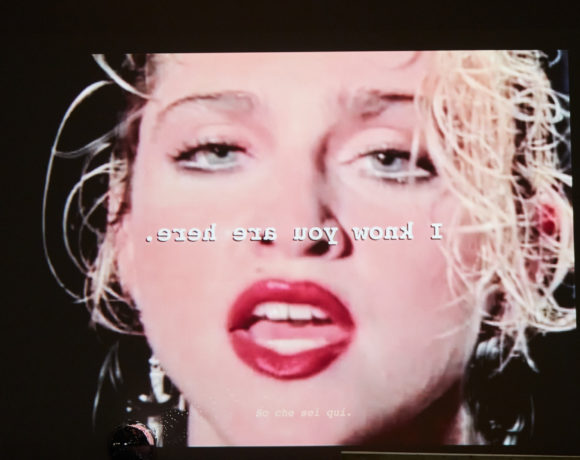 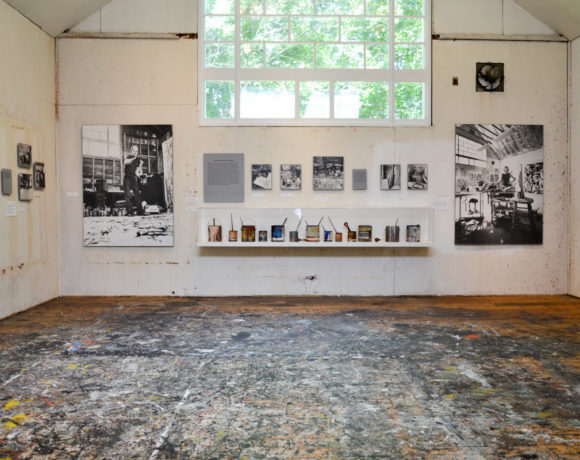 Studio Visit zero. A tour in the past