The best marketplaces to buy N..

Strike by Rafal Milach at Fond..

After two years of suspension for the pandemic period, Arte Fiera, the mother of the national art fairs, curated by Simone Menegoi, director for the third consecutive year, reopened its gates last weekend, trying the way of the season spring and the connection with the ArtCity program. Already from the first interviews, Menegoi showed his resolve in wanting to defend Italian contemporary art, from the most historicized to the emerging one, too often clouded by the craving for comparison with international artistic production, equally present in the territory but not the victim of a excessive and spasmodic desire to be ostentatious.

Despite the strong motivation carried out, there was no lack of conflicting opinions on the part of many gallery owners, dissatisfied with the low initial turnout and the choice to postpone the fair event to a non-traditional calendar date such as May, despite the fact that they believed the artistic direction and the impeccable curatorship.

Certainly the goal of a fair, the sale, is what generates discontent in the eyes of a gallery owner, when it fail. If we look at the situation from a different point of view, however, Menegoi’s attempt appears to be a desire to give the fair a new organic nature, which enhances the idea of ​​an exhibition project through the work, requiring the gallery owners themselves to adequately take care of their stand with a limited number of artists (maximum six), not neglecting the conceptual sphere of the entire project.

Among all the stands, we noticed Vistamare gallery, which managed to create an impeccable balance between visual aesthetics and content. The winning choice was also the arrangement of only two display walls at an angle, giving the observer a visual centrality, an apparent, but not forced, renunciation of useful space, which inevitably was rewarded. Nevertheless, by taking the triad Mario Airò, Mimmo Jodice and Ettore Spalletti to the fair, Vistamare created harmony and visual rhythm between the works, a combination of verticalism and pure tones, conceived by Airò himself, who placed his sculptures between the other works, like tuning forks ready to mark the rhythm of the symphony. The overall vision of Vistamare in synergy with the touch of Airò allowed the gallery to win the JACOBACCI & PARTNERS award for the best cultural project at the fair.

Without taking away the merits of others, the curatorship of Marco Meneguzzo and Davide Ferri, respectively responsible for the Focus and Painting XXI sections, was also attentive: the first chose to devote his attention to Exact Art, while the second offered a selection of representative galleries which represent emerging painters, among which Andrea Barzaghi from Monza (1988) certainly standed out. Presented by the Lunetta 11 Gallery’s owners Claudia Zunino and Francesco Pistoi, Barzaghi was awarded, “for the ability to carry out a coherent investigation and reflection on painting and its history” and for the ability to “know how to adapt it to contemporary problems”, the first edition of the OSVALDO LICINI BY FAINPLAST Award, promoted and financed by the Colli Ascoli Picena Contemporary Art Association.

For the Photography and Moving Image section curated by Fantom, Traffic Gallery from Bergamo was also worthy of mention: in addition to Virginia Zanetti – finalist of the Collectors Chain Prize of Art Defender – there were works by Jacopo Valentini and by Mustafa Sabbagh, author of a video installation where the videos of a rave party and a Mediterranean crossing, placed side by side, find their common denominator in the desire to escape and in the search for a change in one’s condition existential.

In order not to fall into a continuous repetition, it is clear that everyone has perceived a change, almost a descent from the historic podium that Arte Fiera regularly conquered over the last thirty years. However, it must also be admitted that many gallery owners were afraid to dare and rely on this change of direction, as well as management, re-proposing stands that were already present last winter in Turin or Rome. The absence of some Italian leading galleries (such as Massimo De Carlo, Continua or Lia Rumma) that would have opened the Italian horizons towards foreign borders probably weighed on the final outcome, but the question arises spontaneously: is it correct to judge a trade fair event as bankruptcy for the little turnout, due to the seasonal change? Can the blame be attributed mainly to organizational choices, or, rather, was it also the revival of artists and works already seen that discouraged collecting? 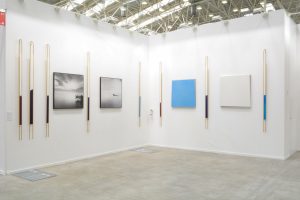 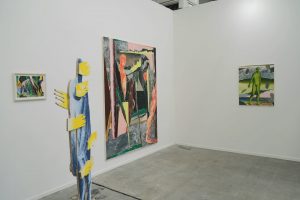 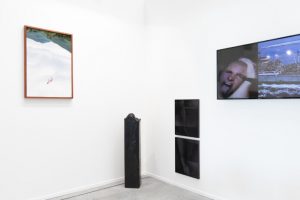