The Kabira Horse and other sto..

Roberto Papini, gallerist and art critic, will inaugurate in September a new project that enhances the artistic dimension of architecture, linking the masterpieces of established artists with the modern language of talented young architects.

“A new idea of ​​space was born in Milan in the Duomo area, able to collect and merge the different forms of artistic expression: a multidimensional space where the arts are no longer only juxtaposed and combined, but interpenetrated and coexistent”. This is how Roberto Papini – gallerist and art critic who founded the Milanese gallery Arting159 – talks about the new project that will see him as the protagonist, the startup “CPA – Arti dell’architettura“, based in Via Pantano 2, a few meters from the Duomo in Milan. “In the last hundred years the various artistic disciplines have each taken a divergent path, moving away from that unified vision that had instead characterized the past – explains Papini -. Today instead we see a new synthesis between different artistic expressions, architecture can hazard the forms of painting and sculpture, languages ​​therefore become common and space can be shared. It follows a redefinition of the architect’s skills, which, besides being an impeccable designer and builder, must know and passionately love the arts “.

The objective of CPA is «to transform the spaces of prestigious homes, through the creation of personalized and customizable interior design projects where the works of great art masters communicate with the modern language of young talented architects in the design of interior furnishings. In the vision of Roberto Papini, «today it is not possible to limit oneself to paintings and sculptures, that is to the so-called pure art. Instead, painting should be directed not towards the single piece as an end in itself, as it was in the past, but rather towards an original already conceived to be reproduced. Creativity looks at the world of production, industry and new materials. However, industry itself draws on creativity and a fruitful bond is established between these two worlds».

The new project by Roberto Papini joins its well-established gallery activity, which began in Milan in 2007. After returning from the summer season in Saint Tropez, the Arting159 gallery will re-open on September 15th in a prestigious location in the heart of the fashion district, in via Monte Napoleone 8: a container of talents where international artists, critics, art historians, curators and collectors meet to share the love for art. 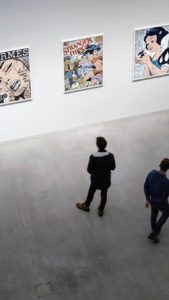 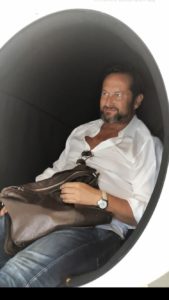 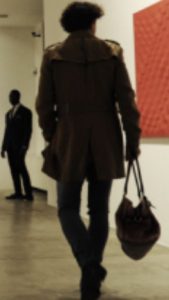