Sarah Morris. Machines do not ..

The sense of air without notes. At the Tenuta dell...

The sense of air without notes. At the Tenuta dello Scompiglio, a rich calendar of artistic events on the theme of death

It comes to mind, perhaps plagiarized by the recent death of Bruno Ganz (Upper-case artist), the scene of the famous masterpiece by Herzog, Nosferatu – The prince of the night, when in the last plague-stricken supper, slow, harrowing and very sweet the table companion says to the protagonist: “Seien Sie unser Gast. Wir alle haben die Pest. Also lasst uns jeden genießen Tag, der bleibt »1. The pettiness of this pseudo-Flemish fresco, between libations and white mice, condenses much of the narrative poetics of the director, interested not in the accomplished act nor even in the Beauty but in the tension preceding the end, in the prelude that already becomes, by announcing it, the death.

Black ink lakes were formed on the bibliographical drafting about Death, the first human conscience, a theme embodied by the Art itself in response to the transience of time. However, current events are based on other implications of the subject, moving it from an object of thought to a mere phenomenological (if not journalistic) fact, depriving it of all temporal and metaphysical reflection.

That’s why Della morte e del morire, an exhibition proposed by the Tenuta dello Scompiglio near Vorno (Capannori, Lucca) deserves attention and philosophical study. A sequence of performances, installations, exhibitions, concerts and initiatives of various kinds will cover throughout 2019 the busy schedule of the Scompiglio Cultural Association, directed by Cecilia Bertoni, focusing on the three semantic characters of death: socio-political, ideological and celebratory. The theatrical vocation of the context and the wide-ranging spaces certainly make it possible to construct scenographic installations of strong visual impact, a double-edged sword if the accent is placed on the evident naturalistic aspect of the context, “step-mother” in the aesthetic offer, and persuasive in dictating to the artists already visited forms arguing Eternal Sleep.

Taking up the Herzogian citation, Death is the constant oscillation and perfection between Beauty and certainty, it cannot tend excessively to one or the other due to its temporal power, it exists only in function of the moment. If therefore the work The vulnerability of precious things, result of the residence conducted by Sabrina Mezzaqui at Tenuta dello Scompiglio, develops precepts well related to the matter discussed. The formal aspect has already “expired”, it does not reflect on death but on temporality (not necessarily synonyms ), leaving the viewer distant due to the unbalanced timing, although peculiar for a residence. Cautiously, the installation The Cannibals by Titta Cosetta Raccagni focuses on the chronicle, on the constant and violent suspension of the migrant’s condition and the idea of ​​a conscious rebirth, finding a balance even with a cyber-punk comic note. Between the archetype and fashion. Both works have just finished, precisely on May 26 and June 2, while more time is given to works of significant physical and resource complexity, scheduled until September 22nd.

These are Camera # 5 by Cecilia Bertoni, the Riderless Horse video-performance by Avelino Sala and the impressive site-specific Sanctum by Levi van Veluw. Bertoni’s installation, voiced by Carl G. Beukman, aims to relate the opposing states of existence playing on perceptive contrasts, both ocular (Black and White) and spatial (corridor and room) and sensorial (tactile and psychological) by introducing, through a white and immaculate gap, in an environment littered with salt and headed by a cloth-shroud sewn by the artist with alchemical symbols. The “tunnel of light” and the lunar landscape seem to stage death rather than ponder it, but the addition of the individual element of the funeral sheet imposes on the whole scenario a reflection similar to the possibility of death in Heidegger, where the ontological exposition of the death of others serves to escape one’s own.

Also Avelino Sala offers a work with exorcising traits: the beautiful intuition of the horse linked to death (think of the equestrian and pictorial tradition, from Dürer to Füssli to Cattelan) risks provoking the opposite effect due to the natural reaction from “narrow escape” which is adopted in these cases of due unrequited emotional traction, spells that replace meditation.

True catalyst of the forces in the field is the immersive project of Levi van Veluw, capable of enclosing with precise genuineness all the linguistic aspects pursued by Della morte e del morire. Sanctum, under the guidance of Angel Moya Garcia, combines the synchronic ambiguity of rigorous and archaic forms with a marked nostalgic force, fertile in cinematic references, creating the right vibration to decant Death, a terrible and inevitable quartz watch. The transcendent breathed is the fruit of the adopted scheme of the classical tabernacle, but also of the symbolic constellation that invests this artificial temple, not far from the semiological idealism of Baudrillard, where signs and objects dominate the subject.

What is Death, then? It is the loss of meaning, not a biological end but a dispersion of finality, no longer able to distinguish fiction from reality. Concluding precisely with the most sensitive promoter of pataphysics: «First, Benjamin (and later McLuhan) captures the technique not as a “productive force” (where Marxist analysis is enclosed) but as a medium, as a form and principle of all a new generation of meaning. … The technique as a medium prevails not only on the “message” of the product (its use value) but also on the workforce, of which Marx wants to make the revolutionary message of production. Benjamin and McLuhan saw more clearly than Marx: they saw that the real message, the real ultimatum was in the production itself. And that production has no meaning: its social purpose is lost in seriality. The simulacra prevail over history. »2

[1] The dubbing of the Italian version is licentious but interesting: «it is our last dinner; we all have the plague and every day that remains we must have a party». 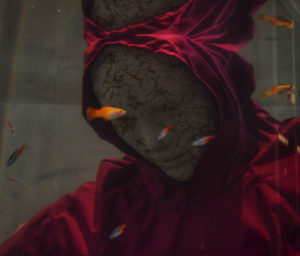 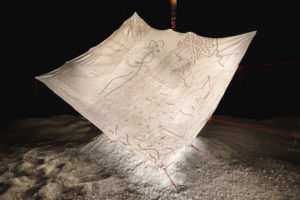 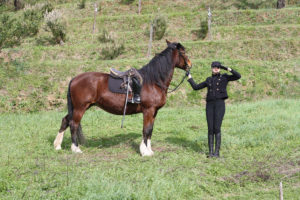 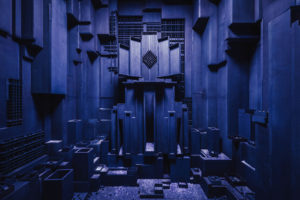