“An artwork is always an implied creation of an unprecedented part of the world, consisting of abstract features, colours, images, and shapes that resonate with the modern world as it is. The similarities to the objects presented in these works evidently prove the unity of what belongs to the natural world, but this does not mean that a mere expression of imitation must be the prevailing element. In fact, an artist tries to evidence truth without using any strict and fixed references. A bare imitation (in this conception of art) is better understood when an artwork fails to convey the real concept and becomes inconsistent because it turns into the status of a part which, being no longer a constituent element of a coherent whole, is destined to be nothing more than a waste.[1]” The French philosopher Alain Badiou’s remarks are really impressive and practical for Barrie Dale’s artwork structure and framing. Barrie Dale is a British photographer, musician, and scientist deeply engaged in persuading people to adopt environmental ethics. He is a member of the Guild Society of Artists and the Royal Photographic Society.

The artist takes intriguing photographs and shots that capture at high magnification the details of leaves, plants, and flowers (among which he prefers orchids, whose long-lasting flowering allows for very detailed studies) that grow in meadows and a small Wildlife Reserve, known as ‘Wildhaven’. Dale’s goal is to create abstract images that strike a mysterious balance between fundamental adherence to innate data (where the recognisable subject matter becomes almost unrecognisable) and the power of spontaneous arousal. It is as if the artist depicts what nature is whispering and makes it visible to the viewers while he himself pays no heed to it. That is why Barrie Dale, in order to emphasise these two spirits of his work, has presented his shots in a collection called “Messages Received”. A title that testifies to his direct connection with nature and his manifestation not as a creator, but as a mediator between the intrinsic meaning of natural forms and the culturally encoded language of humans. To achieve this result, the photographer works with the camera in his hands; not using a tripod, which would be the usual way of reducing blur in high magnification photography. This is so that he can move freely around what he is framing and decisively depict any aesthetics. He believes that any subsequent electronic manipulation would be presumptuous and misleading, given what his eyes are capable of picking up, simply by “listening”.

This kind of examination, in which observation and looking are considered a method, requires a lot of patience and perseverance. In this type of work, the artist focuses more on creating an artistic composition. It requires both the repetition of countless experiments to identify the rules and exceptions of his favourite phenomena and a childlike curiosity and poetic dreaming. As a result, the artist will be able to imagine a world free of any intellectual superstructure. Thus, the artist indefatigably scans the surfaces and folds of his subjects through his camera viewfinder and frame. After observing several detailed and desired images, he directly reaches the heart of the subject and displays it. It is instinct and spontaneous perception that cause abstract attributes, colours, images, and shapes (returning to Badiou’s original speech) to appear before his eyes and be reconstructed. The artist puts all these subjects together in such a way that few will be able to discern this whole new coherence without knowing the previous steps.

Thus, the aesthetic appeal of his work stems from the coexistence of a variety of initiative configurations: first of all, the pleasure of immersing oneself in visual-sensory environments in which we feel immediately (and inexplicably) comfortable as if we share a common matrix. By focusing on the images, intellectual pleasure grows because as viewers we can guess the nature of the congregated surfaces, and therefore observe the light that passes violently but sweetly. Sometimes, the surfaces show structures and membranes that would normally remain inaccessible to our gaze. The artist’s goal is not to control what appears; but to show his purpose, he has to apply hard and iron discipline in movements and actions: in fact, it is necessary to hold the hand very firmly to prevent “tremor”.  Tremor would cause macro images to be blurred, especially when the subject needs long exposure-times due to lack of light. “I hope the results are interesting enough to invite the viewer to explore and think, and interesting enough to make such searches useful,” Barrie Dale said in a statement, emphasising how faithful he is to his work. Natural data (scientific matrix) is first translated. Above all on the moral level (in the belief that a deeper understanding of the subtle wonders of creation can inspire a more sustainable lifestyle) and then on the memorable and poetic level, as can be seen from the general theme of “Messages Received”. In addition to the fascinating charm of leading and taking care of every manifestation of natural life that unites all its aspects and concepts, each of them is actually given a specific message individually, as suggested in its title that is usually expressed as a single word, to make the viewer think and ponder. An emotional impression, an ethical value, or a manifestation of energy and initial movement.

For being poignant landscapes of the soul, although we are accustomed to consider photographic prints as two-dimensional images that in their abstract meanings can be compared to non-figurative painting, I would rather compare Barrie Dale’s works to the sensitivity of the most refined artists’ use of light to achieve visual or aesthetic effects, like James Turrell and Loafer Eliasson, capable in their installations to transfigure the surrounding space by transforming it into an emotional capsule. Similarly, the shots of the English photographer invite the viewer to imagine part of those environments rendered almost sacred by their endogenous brightness and abandon every pre-established and manipulated image of the free and natural world to be reborn in a dawn of thought that is always different. 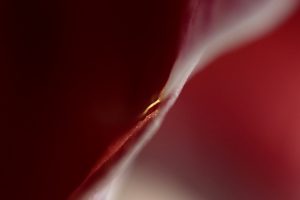 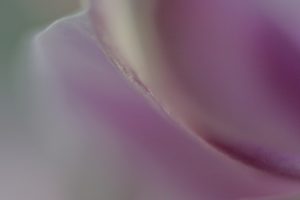 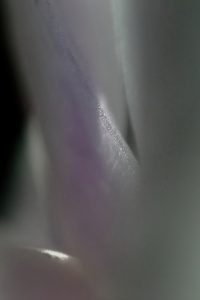 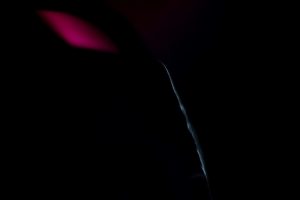