Beyond glass and beyond emptin..

There is a before and after Harald Szeemann. Before Harald, museum exhibitions were built with works (framed canvases or embalmed sculptures on pedestals), after Harald, exhibitions were built with artists. Specifically, “When Attitudes Become Form”, (Kunstahalle Bern, 1969) marked a boundary line between the old feeling and a new way for the curator to place himself in dialogue with the artists. Consequently, the places that had to host the works / installations became important, so much so that a reasoning on the extra-artistic environments (the overcoming of the so-called white cube) inspired all the research and brain paths of the neo-avant-garde, from the sixties onwards. Of course, Szeemann did nothing but register a feeling that had already been in the air for years, but he registered it as an institutional figure, as director of a public space. Whether these places were discos, nature, a city square, the external space of a museum, a school, a hospice or the roof of a building (just to make a small list) the various conjugations depended only from the unleashed and disruptive fantasy of creativity of those years and the following decade. And of all those who have supported this situation, from critics like Germano Celant to front line gallery owners like Fabio Sargentini (we think about all the activity of the Attic gallery in Rome), and this is just to indicate two names among the many who have lined up for the new and the spectacularization of art, the traces remain in the photographic documents that certainly made history. Without these we would have no trace on which to continue. It worth to say that in the middle there was first the new Dada (and the happenings of Kaprow and Rauschenberg), then the Pop, and before the Gutai and the Fluxus groups who certainly worked a lot on the concept of Art / Life, and so away, just to talk a little about air and “revolutionary” instances that wanted to subvert the world and also to slap bourgeois good taste. But the systemic chain that has seen a close collaboration between an organizing mind (that of the “militant” or “military” critic (according to the icastic definition of Achille Bonito Oliva) and the assignment or order of a job for a room, a square, a specific space (at the time there was still no mention of site specific, yet all the fundamental works of Gino De Dominicis were conceived as site specific) has become organic from a certain moment onwards. Later the works aggregated to the actions, the aesthetic process, the disseminative and dissipative phenomena, led to understand that a beautiful frame (and not only the museum one, but that of a city as a background or a strong and remarkable nature) could contribute to the effectiveness of a work also seen through the filter of a photographic document. In fact, what would remain of the heroic testimonies of Land Art (from Michael Heizer to Robert Smithson, from Richard Long to Dennis Oppenheim) without the videotapes or the photographs that narrate the individual events? And this beyond a new sensation that the “new” media instilled in the mind of the authors, like a sort of drunkenness that went through all the seventies, even in the constricting declination of authors certainly not prepared to respond to the question that a seemingly simple technique, ultimately, soon proved to be obsolete and boring.

BIENNALE GHERDËINA is the daughter of this innovative way of feeling, it is the daughter of this desire to place the works on the territory, to aim to disseminate them, to put them in dialogue not only with each other (between work and work), but also between work and context, between work and other person by the specialist or by the habitual and restricted visitor of contemporary art. Thinking about it there is also a bit of Volterra by Enrico Crispolti in this way of proceeding (for example the marginality of the place hosting the event: in fact neither Volterra nor Val Gardena can be compared to a metropolitan center), which goes however read as a positive and enlarged sense of history and not simply as an antisystemic or politicized vision.

The project for this seventh edition of the Biennale Gherdëina is based on the title “A breath? A name? The ways of worldmaking”, and sees a significant poetic turn towards the fundamental vital needs of human interaction, such as the act of breathing and the desire to give a name to objects . The Biennale will therefore focus on the meaning and awareness of socio-political relevance in the process of creating the world (“Worldmaking”), the dynamic factor within this process, but also the principle of resilience that culture and nature can to guarantee. It is a process of emancipation that takes into account in a responsible and far-sighted way the historical uniqueness of the place, which has developed here in a mature and courageous vision of the future.

But all this, beyond the initial intentions of this complex and courageous curatorial project, must also be seen as a sign of hope after months of suffering caused by the worldwide epidemic of Covid-19 and that at the moment it must be said that it is not at all extinct!

The Gherdëina Biennale is organized by the “Zënza Sëida” association. The project is supported and financed by the Autonomous Region of Trentino-Alto Adige, the Autonomous Province of Bolzano, the Municipalities of Val Gardena, the Val Gardena Tourism Association, the Cassa di Risparmio dell’Alto Adige Foundation, private companies and friends of the Biennale. 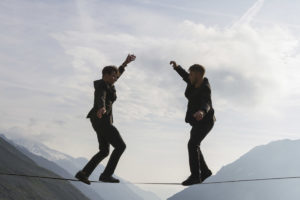 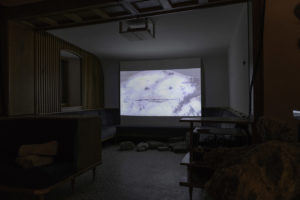 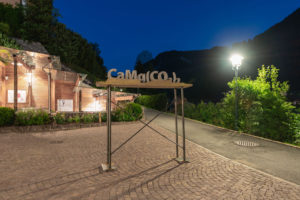 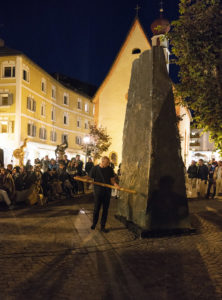 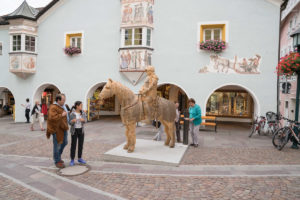