Maratona: a project by Simone ..

From 30 September 2022 to 10 April 2023, the Kunstmuseum Liechtenstein will present, for the first time, in collaboration with the Hilti Art Foundation, Candida Höfer. Liechtenstein, a project by the German artist Candida Höfer, one of the greatest interpreters of contemporary photography. The author is part of that generation of German photographers, today acclaimed worldwide, which come from the so-called Düsseldorf school: Andreas Gursky, Axel Hütte, Thomas Ruff, Thomas Struth, (or the Kunstakademie where Bernd and Hilla Becher taught), all authors who characterize their work with the obsessive attention to detail and the wide scenographic and monumental breath. The conceptual sign, entirely marked by the use of black and white by the Becher couple, was instead overturned by these younger authors who moved on to the spectacular use of color and to a considerable size of framed photos (a step that was also carried out by Gilbert & George and which never involved the Bechers).

A still current aspect of that great conceptual lesson is instead the thematic and almost maniacal repetitiveness of the subjects (a kind of cataloging principle that sees in the repetition of the subject the possibility of an analysis process) which, in the case of Candida Höfer, are the empty spaces, devoid of human presence, such as cultural and institutional spaces, libraries, theaters. All shots taken with a predominant central point of view and with a high position of the observation point. Later, in the Zoologische Gärten series (1991), the author shifted the focus of her analysis from inside to outside, shooting zoos (and animals) in Germany, Spain, England, France and Holland. Then, in 2001, thanks to the commission of the Musée des Beaux-Arts et de la Dentelle in Calais, the series dedicated to Les Bourgeois de Calais (the famous statuary group by Auguste Rodin, subject taken up in the various museum locations and that one year later was exhibited at Documenta 11, that of Okwui Enwezor).

Another notable sequence is the one developed from 2004 to 2007, traveling the world to photograph the works of On Kawara (specifically the “Today” series) placed in the homes of private collectors. Then, in 2005, Höfer even managed to “storm” the Louvre Museum, obtaining permission for many laying days outside opening hours, to document the galleries of the museum and examine not only the works on display, but also frames, arches, floors and decorations, in the complete absence of spectators and tourists. Now, apart from the undoubted greatness of this author, who trained at the school of the Becher couple, what no one has ever attempted is a confrontation with authors from the other side of the Atlantic Ocean; in particular, I think about the work of Andres Serrano, also technically flawless, based on the impeccable use of color, repetitive in the analyzed subject, studied and posed. As if to say, light years from street photography or social shots or fought over the “dirty” use of the lens. I am thinking of the cycles dedicated to “The Clan” (1990) and to “Morgue” (1992) or to Native Americans (“Native Americans” of the years 1995-1996). Of course, the expressive modalities are different, but the conceptual strength is the same.

Höfer’s first solo show was held in 1975 at the legendary Konrad Fischer Galerie in Düsseldorf. Since then, this great photographer has had a triumphal journey with exhibitions in museums throughout Europe and the USA, including the Kunsthalle Basel, the Portikus in Frankfurt, the Hamburger Kunsthalle, the Power Plant in Toronto, the Louvre in Paris. Her works are preserved in the collections of the most important museums, including: the Bibliothèque Nationale de France and the Center Pompidou in Paris, the Centro de Arte Reina Sofia in Madrid, the J. Paul Getty Museum in Los Angeles, Kunsthaus Bregenz, Museum Folkwang Essen, Museum of Modern Art in New York, San Francisco Museum of Modern Art, Guggenheim Museum in New York, Los Angeles County Museum of Art and the Philadelphia Museum of Art.

The exhibition will occupy all the exhibition spaces of the Museum and the Hilti Foundation, whose buildings are adjacent to each other and share the entrance hall: the Kunstmuseum is housed in an iconic black box made of black concrete and basalt designed by the architects Meinrad Morger, Heinrich Degelo and Christian Kerez; the Hilti Art Foundation is instead in classic white cube signed by Morger Partner Architekten.

So declares Letizia Ragaglia, director of the Kunstmuseum: «It is a great honor for us to be able to present to the public the new series by Candida Höfer created in Liechtenstein especially for this exhibition. The artist photographed interiors and exteriors of the museum’s architecture, libraries and storage spaces for works of art. The images of her shed light on elements and situations normally hidden from the visitor’s eyes, but which are fundamental service structures for the management of the artistic heritage, on which the collections, archives, the construction of exhibitions and museum exhibitions are based».

This project, curated by Christiane Meyer-Stoll, Letizia Ragaglia and Uwe Wieczorek, presents an unprecedented path in which the photographs taken by the famous German photographer meet the works of the permanent collections of the two organizing institutions. Extraordinary images of the cultural institutions in Liechtenstein, taken in 2021, will fit into the works of the permanent collections, generating a close dialogue between very different forms of art.

This exhibition, in addition to giving us a unique portrait of Liechtenstein, confirms once again Candida Höfer’s interest in the structures and architectural details of the spaces, together with her great ability to give great breadth to the compositional cut, playing on wide fields, using the natural light, favoring long shutter speeds and an accurate and planned use of the shot, according to the greatest tradition of fashion photography or still life. Finally, we can consider these images as irreproachable memento mori; that is, of a past that returns through the layers of memory. 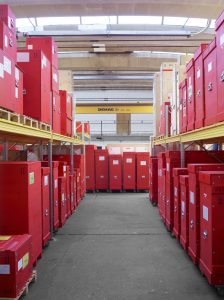 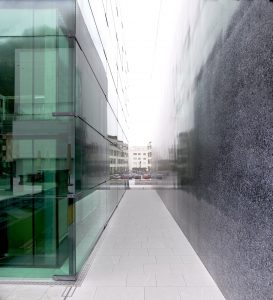 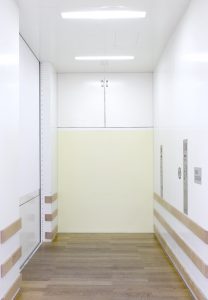