Caterina Morigi. The specific weight of the appear...

Caterina Morigi. The specific weight of the appearance

Where does the corner of a circle at the head end? This paradoxical question, taken from an underground clubbing tune of the 90s that I would like to hear again, insistently comes back to my thoughts when I think of the work of Caterina Morigi (Ravenna, 1991), currently the protagonist of the Archeology of Matter exhibition in progress at Neutro, a heterotopic exhibition project in a commercial passage in the center of Reggio Emilia. Caterina Morigi’s work investigates the relationship between micro and macro of matter by exploring intriguing hypotheses of intersection between the natural and artificial dimensions and reworking the ancient concept of mimesis in a contemporary key. Her works are traps in which the two identity categories interpenetrate thanks to the meticulous detection of analogies (both in terms of structure and surface) which, emphasized by her interventions of superimposition, juxtaposition and imitation, become surprising. Many of her works subject the observer to an enigma, in the solution of which the deceptiveness of human sensory perceptions and the insufficiency of deductive logic in deciphering the dizzying branches of the infrastructures that innervate reality are evident.

In Archeology of the Matter the artist exhibits a collection of natural stones taken from different geographical environments, each flanked by its reproduction in porcelain made by a different master of the Real Fabbrica di Capodimonte, an institution also involved in a continuation of the project through a laboratory with the students of the Caselli Real Factory of Porcelain Institute aimed at producing a further series of small sculptures. Originals and replicas, which interpret the essence of the models in a plausible different repetition, are almost impossible to recognize by visual evaluation, but touch and the act of weighing could also be misleading, although they are more reliable for the purposes of identification being porcelain denser and heavier than stone. Having overcome the astonishment caused by the realization of how gross the misunderstandings of our sensory perceptions and their cognitive consequences can be, the viewer finds himself/herself enmeshed in Caterina Morigi’s reflection on the ambiguity of an appearance that, in deception, becomes a revelator of essence.

Since Greek and Roman antiquity, the imitation of nature has been based on a sophisticated visual rendering of its surface textures through the manipulation of the physical and chemical properties of materials from different origin than those to be replicated, an attitude that has triggered a complex technological progression which on a cultural level results in the establishment of a relationship of inverse correspondence between the original and the copy. On the one hand, in fact, we have the natural object, whose appearance is the result of the metamorphosis of a specific mineral structure stimulated by the eventualities of the case, while on the other we have an artificial alchemy of substances dosed and processed according to precise protocols to perfectly counterfeit what in nature is the accidental visual landing of a process devoid of intentionality. The fact that the two results are so close to each other and that even the technical unforeseen events of imitation can generate visual impressions consistent with the desired product, reveals how the mysterious propensity for hybridization of matter escapes the control of the human will even when it could appear totally subservient to it.

The counterfeits and grafts by Caterina Morigi, in addition to placing themselves with personality and intelligence in an artistic tradition of high and centuries-old lineage, are able to embody without affectation the Aristotelian implications of the concept of mimesis understood as imitation not of particular things, but of the universal idea from which they derive. Her “superficial” observation of similarities leads her to explore the way in which nature adapts to the form that man imposes on it and to experiment how the processes of imitation end up generating other identities that deny the presumed existence of a hermetic and eternal solid body with the evidence of the infinite capacity of replication of an archetype always willing to renegotiate itself. Having understood this, the challenge is no longer to test the eye’s ability to distinguish between the true and the false, but to look so deeply at the appearance of the real as to be able to abandon oneself to the fluidity of the processes underlying it and to savor the unrepeatable immensity of each of its fragments. 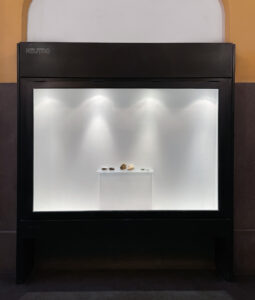 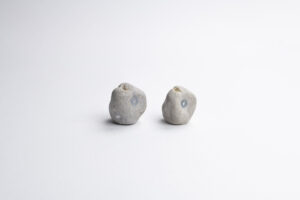 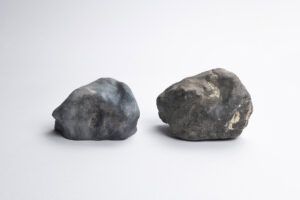 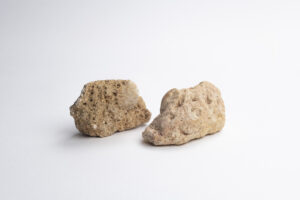