Holobiont Rhapsody, where the ..

Contemporary projects in Ottawa: an installation b...

Contemporary projects in Ottawa: an installation by Rashid Johnson

As part of its commissioned projects planning, the National Gallery of Canada asked Rashid Johnson to create a work for the building’s main entrance. The work created, Capsule, is the largest sculpture / installation in the shape of a ziggurat (a set of open and outlined in black cubes) that Johnson has produced to date: within the minimalist structure there is a practicable corridor which can be seen as a cocoon or as a passage, that is, as a gallery within the gallery (the museum) which houses the work. But we can also say this: the cruise of the structure is like a sort of agora or a place where you can host live performances, so that an inert work becomes relational, with the hope to arouse experiences and responses that can be together emotional, intellectual and critical, without having to lapse into didactic.

The facility is filled with plants, books, fiberglass and shea butter sculptures, televisions (which broadcast videos produced by Johnson over the past decade) and grow lights. It functions as a “brain mass” that incorporates and connects autobiographical, intellectual, musical, historical, artistic and literary sources. Most of the plants are housed in hand-built ceramic pots, made and decorated by the artist with recurring images, also present in his paintings. The stacked books contain topics that explore tensions and experiences relating to issues of race and class, such as The Crisis of the Negro Intellectual by Harold W. Cruse.

The idea of ​​incorporating an element of real life (or a natural one, such as plants) within a work of art (with all the responsibilities that follow for the management of the work) brings to mind the work by Giovanni Anselmo (the head of salad), by Jannis Kounellis (the parrot), by Mario Merz (the vegetables and the wooden bundles), as if to say a path that continued to develop from the strong and engaging process of the Sixties until today.

Born in Chicago in 1977 (currently living in New York), Rashid Johnson is part of an influential group of African-American artists who use a wide range of mediums – including sculpture, painting, drawing, film and installation – to explore not only formal aspects, but also contents. If we were in another era we would be talking about committed art or denunciation. However, in this case, the contents or shared stories are intertwined with personal narratives and with the testimonies of even small anecdotes, according to a rule that even the personal can be political, always according to a slogan of a few decades ago or, to put it in another way: the personal question can become, for a maieutic purpose, a universal question. In this perspective, each material, while carrying traces of its own experience, becomes objects of an amplified narrative in the hands of the author: since they are removed from their original use, they lose their connotation to become circuits of interaction that produce additional information or signs of an alternative memory. To put it in his own words: “The artist is a time traveler” and the work is “like a means or a portal to rewrite history effectively, not as a revision, but as a work of fiction”.

After studying in the photography department of the Art Institute of Chicago, Johnson’s practice rapidly expanded, producing a complex multidisciplinary practice that incorporates different materials rich in symbolism and in reference to a desire to affirm cultural identity, ethnic authenticity, problems linked to the diaspora and integration, which obviously has its roots in a past marked by pain and suffering. For example, the use of tropical plants alludes very clearly to these origins, just as the use of African black soap is certainly not a habit, but a well-motivated choice. Thus, from these associations, which refer from object to object, we can find an underground trace, sometimes even mystical and occult, which at first glance can also escape, but which is not lacking on closer examination.

His extraordinary career began in 2001, when at the age of twenty-one he was the youngest artist to be invited to the “Freestyle” exhibition at the Studio Museum in Harlem curated by Thelma Golden. Then we should remember the most significant museum exhibitions: Kunstmuseum Magdeburg (2008), Museum of Contemporary Art in Chicago (2012), Ballroom Marfa in Texas (2013), Kunsthalle Winterthur (2014), The Drawing Center in New York (2015), GAMeC of Bergamo (2016), Milwaukee Art Museum (2017), ICA, Richmond (2018), Museo Tamayo, Mexixo City (2019), up to the installation “Capsule” at the National Gallery of Canada, dated 2021 and curated by Josée Drouin- Brisebois , Senior Curator of Contemporary Art at the National Gallery of Canada. 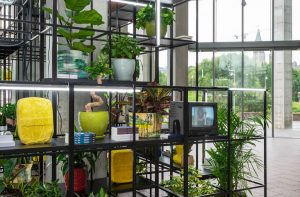 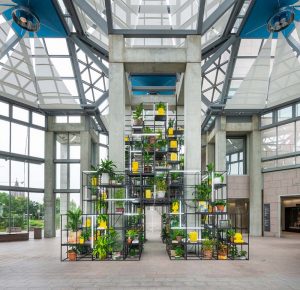 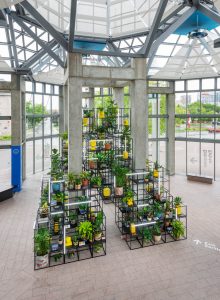