The evocative small town Corciano, halfway between Perugia and Lake Trasimeno, hosts an eclectic Festival of Arts every year, now in its 55th edition, conceived as a site-specific environmental installation that “materializes the knowledge of a thinking community” revitalizing key locations. The exhibition direction (open until October 6) was entrusted to the curator Gabriele Perretta, who in the STENDALE project: the embrace of the muses brought together a large group of artists of different nationalities and generations, whose work crosses a varied range of expressive media. The works, scattered on the medieval walls, in the rooms of the Palazzo Comunale, in the squares, in the courtyards and in the cloisters of the historic center, identify faceted paths of reflection on the contemporary and its possible intersections with the historical legacy.

In this interview Gabriele Perretta tells us how the project developed and how the artists’ works interact with the specificities of the local context.

The word stendale, a cultured declination of the more common term stendardo, recalls the idea of ​​a noble sign, an iconic symbol that synthesizes an identity. The Stendale of Corciano is configured as “an immense multidimensional image, in continuous mediamorphosis”. How did your embrace of the muses begin to take shape?
The Embrace of the Muses, which I would prefer to immediately redefine the round dance of the muses, starts from a general reconnection with two demonstrations that, from the eighties onwards, have seen my work concentrate on the correspondence / medial and anthropology axis of performance, as accomplished work as medialism in progress, fluid in the dimension of the five senses. The first event was called City without Border (1984), an exhibition held between Naples and the hinterland, which operated a complex mechanism capable of involving all forms of contemporary artistic installation, like a mirror room. In terms of painting it investigated the overflow between the surface techniques of the new German and Italian savages and the American writers of the early street art. In terms of photography it investigated the relationship between the new trend of Neapolitan social photography and North European artistic and conceptual photography. In terms of filmography and video, it proposed the emergence of the transition to electronics (still single-channel). Finally on that of performance, involving critics such as Filiberto Menna and Giuseppe Bartolucci, it proposed the key to my directorial coordination, such as the development and transition of the curatorial happening. The second manifestation The trades of Ergon (Latina, 2005), involving the same technique as the stendale, invited some of the same artists present in Corciano to install artworks in an architecturally minimal space, where the representative unit of the stendali constituted a unique event. The Latina exhibition was developed on banners (now stendali) and on the multimedia extension of some artists that even reached the horizon of virtual reality, an absolute innovation for the time.
From here on, my conception of exposition becomes more and more concrete as a laboratory of correspondence between the arts and synaesthesia as the only artistic destination. In fact, starting from the nineties, I often use the word laboratory to name my exhibitions, or in any case I refer to the experiential side of the artistic event. So the stendale comes from this practice and above all from the investigation on the very notion of reproduction: the realization of the stendale could be considered a real collective work, in the sense that the artists are divided between those that intervene manually on 2m x 6m and those who instead entrust their image to the process of reproduction and digital processing, performed by large printing presses. And here is the circle that sets the city walls, offers a passepartout to enter the historic center and put into operation all the spaces used for the theater of the five senses, including the Festival that represents the live performance, which gives voice to images, screens and outdoor sets.

The artists represented in this widespread exhibition are many: they range from international names such as Urs Lüthi, Marcel Broodthaers and Josef Beuys, to protagonists of Italian art such as Vedova Mazzei, Luca Vitone and Ugo La Pietra, just to name a few, up to the exponents of the younger generations. What criteria guided you in your choice and what curatorial idea did you follow in choreographing their diversity in order to enhance them and make them talk to each other?
You said it, it’s about building a choreography. The idea of ​​spatiality stems from the need to place a scenario at three hundred and sixty degrees on a suggestive and apparently local territory. Corciano is one of the most representative towns of the medieval European and western tradition; there languages ​​are mixed and urban history is grafted onto the boundless one of “communality”. The curatorial criterion arises from the capability of contemporary art to manage the “inclusive”: contemporary art can be done, must be done and done with everyone and in all possible ways. From here, it is good that there are not only visual arts, but also sound, gastronomic and above all performative arts. The stendale was a driving force to connect the cinema of Robert Smithson, with the image realized by Luca Vitone. Here Cesare Pietroiusti and Antonio Biasiucci, the work of Nello Teodori opens up to a global vision of the artist in every possible facet. Rooms and walls, squares and agora, natural theaters and historical landscapes meet between media images, analytical medialism and media companies (Bank of Oklahoma and Premiata Ditta).

How much did the architectural and aesthetic peculiarities of Corciano affect the design of the exhibition and what kind of relationship is established between past and present?
In a certain sense I have already mentioned this question, so much is decisive. We say that if the society of the show creates a sort of veil over the world, so often as to make it disappear, in which this patina becomes the heart of what is not real and whose result is an inverted world, where the real is the moment of false, historical archeology makes desires homogeneous and does not reduce desire itself to the image of the product. In other words, archeology destroys and proposes a fluidity between relational art and productive work. Archeology constitutes outside of the network, between us and the rest of the world, our understanding of the field of performance, the current way of linking and constraining past, present and future. Hence the assembly of the sections of the exhibition: Stendale one, Inside stendale two, Three Lab Academy, XD3.0 Four and the Correspondence of the senses and the arts, as an embrace of the Muses.

The exhibition itinerary is divided into thematic and topographical sections: what would you like to tell us about it?
As I tried to anticipate in the previous answers, the layout of the exhibition itself illustrates both the units of the route and the topographical ones. The schedule is thus: on the walls of Corciano, taking into account the strong influence of medieval aesthetics on modern advertising, through the paradox of the great stendale (2m x 6m in cover up), Andersen, Arcangeli, Biasiucci, Cannavacciuolo, Cascavilla, De Luca, De Nola, De Paris, Di Matteo, Issac, Kozaris, Teodori, Manetas, PIscitelli, Vedovamazzei, Vitone, represent not so much an expository moment as an end in itself, as the exterior ordered in the spatial, wall and architectural visuality of the place. Inside Expo and Four: XD3.0, in the rooms of the Town Hall and in the rooms spread in the historic center, testify to the habitability of art. Indeed, Bentivoglio, Bertrand, Cutini, Falci, Fontana, together with Giacomelli, La Pietra, Lüthi, Mala Arti Visive, Mauri, Messager, Modica, Mulas, Tozzi, Veronesi and Volpi represent the 3.0 experience. This section also tests Giacomucci, Moretti, Tancredi and Advantages with an alternative historical approach, where attention goes to the other side of the conceptual, to the empirical and real reverse of the installed art with its interactive and political offers. But the whole embrace that is given with the stendale, in my opinion could not be fulfilled without the actual correspondence of the senses and the arts, driven by the Festival; or from moving images, films, videos, performances, poetic readings and music, that is the sonorities spread in the courts and courtyards of the historic center, thanks to the contribution of: Acconci, Amaducci, Ariano, Avidi Lumi, Baldessari , Beuys, Bordini, Broodthaers, Fantin, Pietroiusti, Folci, Marcelli, Scialò, Smithson, Roseluxx, Trovalusci, Bellatalla, Rita Vitali Rosati.
All the artists involved in various ways in the performative part, setting up the theater of correspondences in support of all the arts, tell us their story of poets, performers, musicians, writers, actors, scriptwriters, directors. This affinity of correspondences, even in the fully concrete sense that performance is the most incodificabile form of contemporary artistic expression or that art is performance opens, then, to our whole vision a field of new ontological problems of artistic creation. We talked about a lively participation of the expression in the artistic development and, in this building, an open act, the action reveals a fulfillment, as a lived experience. The correspondence of the muses we could call it aesthetic and ethics of interaction: intelligibility of the world. The profound truth is linked to the activity, to the work, then via the dogmas established by the postmodern, and via those inherited from modern orthodoxy. The correspondences rediscover the different ways of artistic existence: phenomenon and effect, transcendent and immanent, neo-humanism and media neo-conceptuality. A thousand dramatic situations, for ten thousand desiring situations. The comparative aesthetics, to avoid the arbitrariness of the metaphor and go through new linguistic analyzes. Visual arts and musicology, words or expressions, such as chord and counterpoint between the arts. 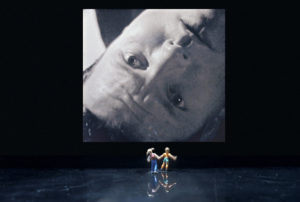 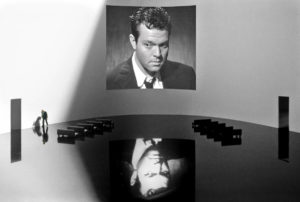 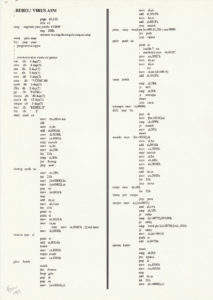 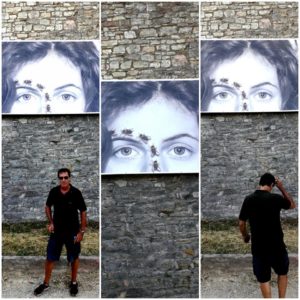 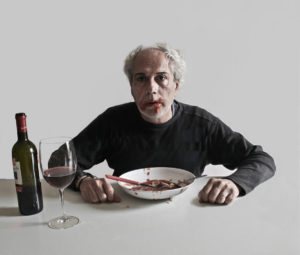