The Cloister of Bramante invaded by “Crazy, ...

The Cloister of Bramante invaded by “Crazy, the Madness of Contemporary Art”

If you think that art has exhausted its innovative capacity and that exhibitions nowadays are just paintings hanging on the walls, to change your mind, you should definitely visit “Crazy, the madness of contemporary art“. A great exhibition project, curated by Danilo Eccher, which will be spread throughout the rooms of the Cloister of Bramante and will be open until January 2023. The ambitious collective exhibition, in addition to presenting interesting works, aspires to be a symbol of rebirth: once again Rome becomes the banner of this “call to arms”, which identifies in art and in all culture the most correct way to restart.

The exhibition itinerary, ambitiously sprawling, is complex. The exceptional setting welcomes works belonging to different eras, site-specific works coexist, such as, for example, Passi Chiostro del Bramante Roma by Alfredo Pirri and Ambiente spaziale by Lucio Fontana, which was presented in 1968 at Documenta IV. The story is complex and is articulated in a series of “ups and downs”, of lights and shadows and fullness and emptiness that, as in the case of Topoestesia-Itinerario programmmato, a work from the 1970s by Gianni Colombo, leave one breathless and estranged from the outside world, dragging one into the magic and complexity of art, with no possibility of retreating. It is an experiential path where the user is not a mere spectator, but a protagonist actor, through which the works come to life and acquire meaning.

This exhibition has fun aspects, the visit is in fact suitable for adults but also for children, for whom, not as usual, a special didactic path has been conceived. However, it must be emphasized that many of the works present, such as some of the examples mentioned above, represent crucial points, fundamental experiences in the artist’s research, which, in the wake of Duchamp’s ready-made, represented the caesura that transformed the classic meaning of work and, above all, the role of the artist. In other words, I’m referring to the “death of art”, understood not as an end but as a change of function, of which Giulio Carlo Argan spoke.

It is complex to describe such an exhibition, and I would not like to reveal too much in this article. Rather, I would like to shift the point of view of those who frame it only as a playful experience: the exhibition, which has the merit of being able to reach a wide audience, hides, without implying it, several meanings that most people do not go unnoticed. A difficult narration, which does not distort reality but shows the truths of the artists who have been called upon to represent the kaleidoscopic world of art, to whom goes the merit of knowing how to grasp and perceive reality obliquely.

So, I ask you: isn’t the madness with which art is often branded synonymous of untimeliness? 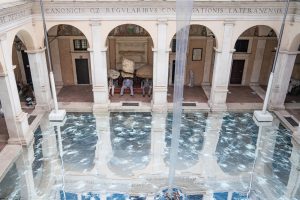 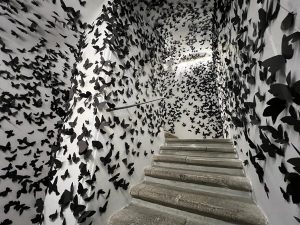 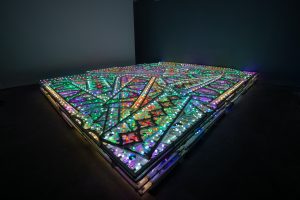