Founded in 1978, Dallas Contemporary started hosting annual exhibitions of works of art created by its members and offering exhibition spaces for rent to emerging artists at its Swiss Avenue location. The museum later expanded its work by also welcoming exhibitions of non-associated artists. In 2010, a group of donors purchased a 37,000-square-foot building in the Design District and entrusted executive director Peter Doroshenko to relaunch the business. Since then Dallas Conemporary has expanded its reach, confronting itself with international realities and situations, thus placing Texas in a global context.

Today, the institution’s programming focuses on exhibiting new and recognized multidisciplinary works by emerging and established local and international artists, as well as commissioning site-specific works, following the model of a European Kunsthalle.

To give an idea of ​ this activity, we summarize the three events that take place from 25 September 2021 to 13 February 2022: “CELL GRIDS” by Peter Halley; “Paintings about Paintings” by Ilya + Emilia Kabakov; Shilpa Gupta’s “For, In Your Tongue, I Cannot Fit: 100 Jailed Poets”; while the exhibition dedicated to Renata Morales will continue until 25 September 2022. The ratio between local and global has therefore become, as a numerical value, one in four.

We focus on the exhibition of the Kabakovs. The Paintings about Paintings exhibition resembles an obsolete and dilapidated museum, as in a sort of path inside dusty rooms forgotten by the course of events and the rush of everyday life. In unfolding a path with twenty large-scale paintings created in the last seven years (some of which have never been seen before), sculptures, public projects, interactive works and installations, the exhibition addresses themes and stimuli that derive from the world of theater, architecture and music, demonstrating the breadth of their artistic practice.

This set of large-scale installations and paintings perfectly blend reality and myth to create hyper-scenographic environments that integrate the visual and celebratory culture of the former Soviet Union (from the 1950s to the 1970s) into the traditional lexicon of the history of art, addressing the universal ideas of utopia, fantasy and hope as well as fear and oppression.

Their work has been exhibited in places such as the Museum of Modern Art in New York, the Hirshhorn Museum in Washington DC, the Stedelijk Museum in Amsterdam, Documenta IX, the Whitney Biennial in 1997 and the State Hermitage Museum in St. Petersburg. In 1993 they represented Russia at the 45th Venice Biennale with the installation “The Red Pavilion”. The Kabakovs have also completed many important public commissions across Europe and have received numerous honors and awards, including the Oscar Kokoschka Preis, Vienna, in 2002 and the Chevalier des Arts et des Lettres, Paris, in 1995.

The exhibition, curated by Dallas Contemporary executive director Peter Doroshenko, was created thanks to the support of the Timashev Family Foundation and the generous support of the Lia Rumma Gallery, Milan / Naples, Thaddaeus Ropac (London – Paris – Salzburg – Seoul), PACE Gallery and Jamie and Robert Soros. 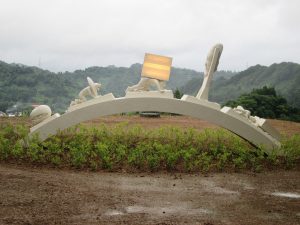 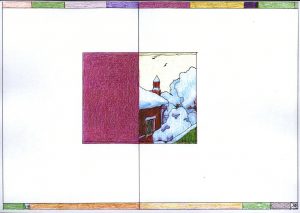 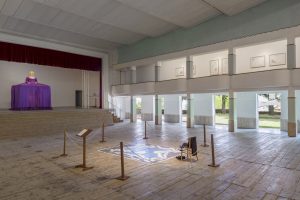