“You tell me that the sunset moves you and I ask you if you have a chewing gum in your pocket.” (Baustelle da Il nulla)

David Casini returns for his second solo exhibition in the spaces of the Bologna gallery CAR DRDE – the first in 2015 “Geometries for an inverted canon” – this time entitled “Nirvana”. In spite of what may seem “Nirvana” does not refer to the philosophical, mystical or religious world but to the name of a club in the Valdarno.

It is no accident that Casini is also an extraordinary musical connoisseur, and the references to the sound world we find them from the nature of his sculptures, authentic compositions well calibrated between form and color – a rhythm that if in “Geometries for an inverted canon” we had found in the minimal decomposition of the “Lamentation over the Dead Christ” by Niccolò dell’Arca, kept inside the Church of Santa Maria della Vita in Bologna – in “Nirvana” the artist gives rhythm and then dissects and selects his Tuscan landscape, but not that popularly shared and trivially known, the one instead abandoned, on the edge of a vision – whether it be a state at sunset, an old water bottling plant, a gas pipeline – or a detail like a worn out poster on a club’s door.

If in “Geometries for an inverted canon” the sculptural elements and the brass structures (brass is a constant in the artist’s research which is not by chance one of the most used materials for the production of musical instruments) are left free to vibrating in space – in “Nirvana” the sculptural worlds are enclosed in glass cases supported by tubes of different colors – of strong industrial connotation – Casini sculptor between grunge and industrial.

In “Nirvana” the small wunderkramers show us the lightness and evanescence typical of the modus operandi of the artist. An artist who has always been dichotomous, Casini manages to give us glimpses of outsider landscape photographed with the Iphone with great grace and formal composition; and if we mistakenly associate the speed of the scrolling to the latter in “Nirvana” the image is freed (here is the most traditional Buddhist sense of the title) and returned to an eternity on perforated aluminum surfaces and tempered crystal screens used to protect the screen of smartphones.

The dichotomy is revealed in continuous exchanges of rhythm: between heaviness (of materials) lightness (structure and composition) – between tradition (the genre of the landscape) and technique (digital photography), from immateriality (digital) to the sculptural materiality of photographic print on different supports, from the executive speed of the shot with the Iphone to the permanent fixation of the image. The landscapes fluctuate on threadlike structures, alternating with shells and organic forms that develop in height, rising up on small paving reproduced – referable to those of some of the largest museums of contemporary art.

In “Nirvana” Casini gives us the imagination and the private vision of the artist, of this landscape that becomes memory and body between time, space and subjectivity, small interstices inlaid in the empty space of sculpture (Casini loves to work for reduction) – exposed in the imaginative place of a dusty, widespread, orbital museum. “Nirvana” altogether appears to us as a galaxy, – the individual works are small prismatic planets – rich in details that expand from nature to culture – filtered by the rhythm of man. Amiably unattainable – the many possible worlds of Casini.

“He sees the end. By subway. In the whore sitting next to her. In the tired guy. In his Dior bag. Read the end. In the bags of the Chinese. In the days spent at the mall. In oral sex. In his not excite it anymore. He sees the end in me that I sell records in this horrible way. He sees the end credits in the House and in freedom. (Baustelle from Il liberismo ha i giorni contati) “ 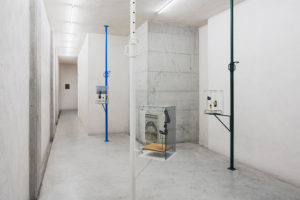 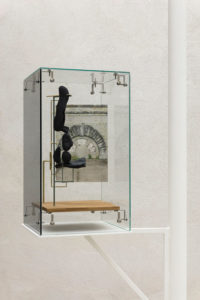