In the Cieli impossibili (Impossible Skies) exhibition, curated by Sabino Maria Frassà in collaboration with Cramum at the Gaggenau DesignElementi Hub in Milan, Davide Tranchina presents 15 works, mostly unpublished, which reflect on the theme of distance through the archetype of the horizon, which has risen to metaphor of a sort of utopia of distance in which the artist identifies the essence of photography. In Tranchina’s research we encounter an almost scientific experimental attitude, which manifests itself in the rigorous recording of the effects of light on photosensitive paper without the intermediation of photographic equipment, and a poetic longing for indeterminacy, understood as a sensitive abandonment to the uncontrollability of the process of creation and as a suggestive infinite predisposition of the final image. Due to this dual nature, his works are placed in an intermediate limbo between reason and instinct, between pure perception and philosophical speculation and are able to naturally harmonize figuration, abstraction and cataloging of reality.

To deepen his poetics and this project we asked him some questions.

What is the off-camera technique that has projected you on the international scene?
Giving up the vision of the camera allows me to use photography in another perspective. It is a way to disassemble language and work directly with light on photosensitive materials without the optical mediation of the device which inevitably leads to a retinal representation of reality. I am fascinated by the possibility of obtaining light prints of physical elements directly on the photographic support

In the Cieli Impossibili exhibition, the works with black passepartout indicate the use of artificial lights, while those with white passepartout the works created through exposure to natural light. What meaning do you give to this distinction?
The exhibition attempts a reflection on the different natures of light and for this reason I found it necessary to mark the transition between the natural light frequencies framed with white passepartout and the artificial ones that, on the other hand, emerge in the dark space of the dark room.

During the presentation of the exhibition you said that the series Quello che non c’è (What is not there) (2007) was the unconscious prelude to the Cieli impossibili project. To create that cycle, you exposed the photosensitive paper to the light of an incandescent lamp, obtaining a dense yellow color field with soft tones. What mental shift led you to the Apparent Horizons series you’ve been running since 2017?
I like to think that the images in the series Quello che non c’è (2007) constitute a sort of unconscious memory of the Apparent Horizons cycle. It took about a decade for them to settle and then find them again. With the work realized in 2017, on the other hand, I wanted to focus on the theme of the horizon and therefore, using similar but not identical operating methods, I developed a photosensitive device, which would allow me to fix the line that divides the sea from the sky or the surface of an unknown planet from the cosmos above.

The lines and colors that structure the photographs on display create the illusion of seeing images of horizons, sunrises or sunsets. In your work, ambiguity is fundamental in suggesting recognizable forms to attract the attention of the viewer and lead reflection on an existential and speculative level. What relationship do you identify between the form and the meaning of the visible?
I believe that the recognition of the form is essential to create a perceptual and conceptual ambiguity. This is why I chose to create studio images that depict portions of infinity existing in nature, and which the observer perceives as existing, but which on a closer look reveal the traces of a deception. The disorientation we feel in front of a photograph that is not what it seems is one of the recurring themes in my research.

The critical text by Sabino Maria Frassà that accompanies the exhibition underlines the proximity of the exhibited works with abstract expressionism and in particular with Rothko’s immaterial atmospheres. Looking at your impossible skies, I too immediately thought about the chromatic radiations of the American painter. What relationship do you have with painting?
In general, in my artistic practice different languages ​​such as sculpture and painting are dematerialized for the realization of a photograph, so the path that I activate is the testimony of a constant interdisciplinary attitude. Specifically, painting is not only an iconographic reference, as in the evident case of Mark Rothko, but it is also important from a procedural point of view. For example, in a previous work such as 40 nights in Montecristo (2012-2013), the silhouettes of the nocturnal landscape are obtained by spraying glass plates with paint that become the negatives of the photographs. In this sense, the reference is to another great American artist, Jackson Pollock, and to the invention of “dripping” as an expressive form. This is probably why, observing the pieces on display, one may have doubts as to whether we are faced with photographs, paintings, or drawings, fueling further ambiguity about the material nature of the works.

Light is the substance of vision and in your works it is both the material and the subject of photography. What aspects fascinate you most about this immaterial and powerful entity?
It is difficult to fully answer this question. I am interested in light as an impalpable and invisible element, but also in the essential relationship it has with photography. These are fundamental questions in my path. Perhaps my obsession with origins led me to question the foundational aspect of the language I have always used. I also find the possibility of obtaining images with the bare minimum, without depending on particular technical equipment, fascinating, collecting the luminous effects on photosensitive supports. The continuous attempt is to find the necessary images that spring from an unstoppable drive, images charged with desire.

The silence and solitude evoked by Cieli impossibili recreate in the small format the suspended existential condition of man in the face of the enigma of infinity. Do you think that the technological and scientific progress of contemporaneity has attenuated the yearning of the human being towards the immensity of the unknowable?
It seems to me that technological and scientific progress is accompanied by an acceleration of the unstoppable flow of images that hit us every day. The compulsive adaptation to models of reality mediated by the images themselves, which is accompanied by an illusory and ephemeral satisfaction, consequently generates a physiological removal from those tensions towards infinity that in other historical moments had pushed the human being to go beyond the known horizon. From my point of view, nowadays the thought of the great surrealist intellectual André Breton returns even more indispensable, affirming “the greatest weakness of contemporary thought lies in the extravagant overestimation of what is known compared to what still remains to be known”. 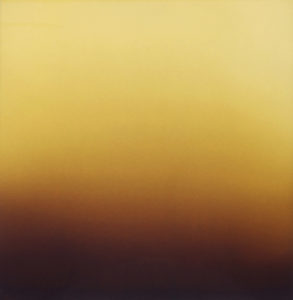 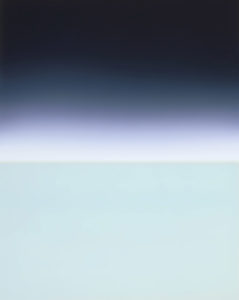 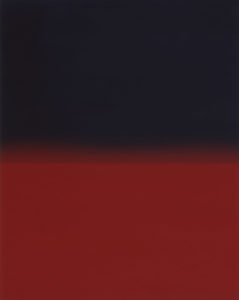 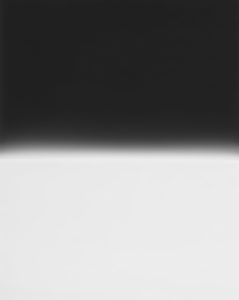