Art, technology and errors. In..

The De Pont Museum is housed in the Dutch city of Tilburg, in a former wool spinning mill that was refurbished by Benthem Crouwel Architects. The museum was opened to the public on 12 September 1992, and is named after the lawyer and businessman J.H. de Pont (1915-1987), who wanted it to be founded, with a liberal act and without a request for financial support from the government, without imposing any guidelines on the curatory of the museum other than to promote knowledge of contemporary art.

Following the restructuring, the space was 6 thousand square meters and the realization of three major exhibitions a year sowed the seeds for the collection, up to a set of eight hundred works, including not only Richard Long’s Planet Circle and The First People by Marlene Dumas, but also testimonials by Berlinde De Bruyckere, Thierry De Cordier, Roni Horn, Anri Sala, Fiona Tan, Rosemarie Trockel, Luc Tuymans, Mark Wallinger and so on.

Then, in 2002, separated from the pre-existing building, an auditorium and an additional space were created for less demanding exhibition projects, and this in order not to distort the architectural character of the original building and to be able to combine the main activity with more proposals, also of dissimilar content.

We report the list of this articulated policy to then focus on the main exhibition currently underway. “The Things I Used To Do”, a solo exhibition by Hans Broek, ended on April 18; until May 2nd “National Chain 2020 / Social Practices” with Rita McBride, Alexandra Waierstall and Fontys Dance Academy; until September 5 “Liminal” by Maya Watanabe; until 29 August “Premiere Aircraft (FAL), films, drawings and storyboards from the collection” by David Claerbout.

Finally, it will close on August 29, “Without Trace” with the works of seven authors present in the De Pont Collection. Let’s say immediately that this exhibition (with photographic and video works) does not want to be a pure parataxis of aesthetics separated from each other, but plays on a dialogical choice that takes into consideration the problems of man and his life in nature and in society. The title refers to a 2013 work by Northern Irish artist Willie Doherty, whose poetics can be summed up with the phrase: “What cannot be seen cannot be photographed”. Obviously the phrase is ambivalent, because it implies a whole series of intertwined which can be summarized in these points: the photographer’s eye comes before the objective lens, consciousness must be alert before the eye, one must be in the right place at right moment. This is why his photography has taken on not only an aesthetic value but also a very specific narrative path (in the background, without shouts or proclamations) that refers to the violence that broke out in Northern Ireland in the 1960s.

Immediately after we talk about Lothar Baumgarten (who died in 2018 and who participated in four editions of Documenta, and who represented Germany in the 1984 Venice Biennale): he dedicated his life to the cultural nodes of an ethnographic nature and anthropological connected with the life of oppressed peoples and at risk of cultural extinction, such as the natives of South America.

For the photographer Dirk Braeckman we can speak of a stream of consciousness, that is, of something unstoppable, where the document (for example the idea of ​​the portrait) often gives way to the evocation of the place or reveals a different side of reality, without wanting to manipulate anything.

Then comes Stan Douglas who, in his work, is often attracted to what he calls “the minor stories of a place”, thus referring to everything that is generally considered minor or not worthy of memory and destined, therefore, in the time, to get lost or to fade into the indistinct. For example, in the photographs from “The Nootka Sound Series” (1996), he sheds a light on the west coast of Canada, where Spanish and British colonialists fought in the 18th century. Those events have remained alive in the historical memory, but what the original inhabitants, the “natives” suffered, has never really been talked about in depth. In these photos Douglas allows them to stand out precisely by virtue of their absence, which translated could mean: we are talking about ghosts.

Speaking of absence is the theme also dealt with by Roni Horn: a simple rippled surface of the Thames can send thoughts down towards something that no longer exists or evoke a problem to be re-proposed in the near future: the video by Roni Horn (“Still Water, the River Thames for Example, I”, 1977-1999) refers us with our conscience to a past that we must be afraid of and this for a planet Earth that is risking catastrophe and makes us turn our thoughts to a period in which those waters, due to industrial pollution, were dead and without fish.

Another example comes from the video “Unexploted” (2007) by Steve McQueen. The video is the sequel to a trip the author made to Iraq in 2003. He could have pointed his camera directly at the violence and drama unfolding around him, instead he preferred to film a bombed building. The heart of the structure was gone, but its sloping, sunken facade remained erect like a battered carcass. He could not have expressed the impact of the war in a more succinct or powerful way.

Finally, Catherine Opie, who explored the leather-dyke community of Los Angeles in her social portraits and references to gender identity. In some way, her project can be considered a social fresco, without pretending to compete with the cataloging made a century earlier by August Sander, with the aim of creating a sort of encyclopedia of the man of the twentieth century. Unlike in Sander’s poetics, in Opie the recording of an ongoing phenomenon becomes an awareness of the irreversible feelings that shake the society of our time and of which we often show little consideration.

To conclude, we want to underline that the reasoning underlying the work of each individual author is subtle and brings to the surface the old principle of a photo that must speak with the evocative force of the framed subject. On the other hand, the question of whether the photo can truly be understood only with the completion of a caption or an additional explanation that places it, in space, time and in the intentions of the person who took the shot. Here, in the seven cases presented in the exhibition, I would say that we arrive at a compendium: these photos speak, even with the need for additional information.

Finally, the seven authors selected for “Without Trace” do not have a disproportionate ego: they act softly, but always with political overtones, always poised between a compositional idea of ​​beauty and the unbearable power of truth. The strength of their works lies precisely in the tension that arises between documentation and suggestion. However realistic the images may seem, they are almost always forms of documentary fiction mainly aimed at stimulating the viewer’s imagination and for this reason, to become a true document, they need a geographical and temporal definition that can qualify and make them indubitable. 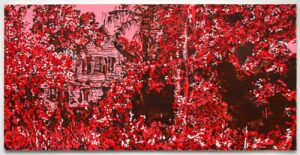 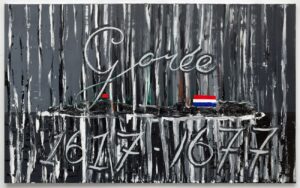 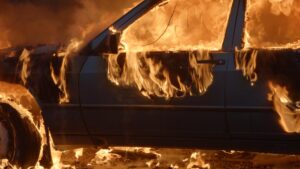 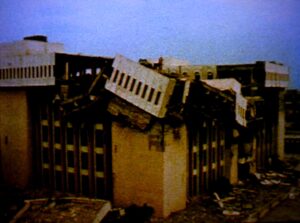 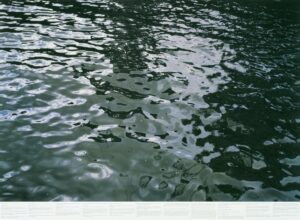 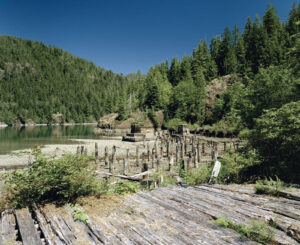