Dinamogrammi. In Venice, an exhibition on the art ...

It simulates writing but denies it, using its own means: a sign that does not mean, without rules – if not its own – asemic writing is oxymoron and rebellion.

Dinamogrammi is the title of the group show curated by Viana Conti, guest of the Venetian gallery Michela Rizzo, with five protagonists who in different periods have experienced this particular form of expression, on the border between visual arts and literature, in which handwriting merges with the drawing and the word with the image. If writing is the conventional visual representation of linguistic expressions, a system of signs crystallized and shared within the same cultural horizon, this timeless, silent and eloquent alphabet goes beyond the paradigm of conventionality to become open language, universal manifestation. With the works of Nanni Balestrini, Irma Blank, León Ferrari, Matthew Attard and Giorgia Fincato the exhibition offers us a cross-section, starting from the second half of the last century, at the beginning of the literary neo-avant-garde, going up to the present day.

The dynamogram is an emotional writing, which becomes visible as the tracing of an emotional electrocardiogram. As suggested by the term itself, of Greek derivation, it is a dynamic spelling, both of the body and of the mind; product of physical and internal energy, it is the result of a performative act. The handwriting becomes an outlet, a twirl at times neurotic, expressionist, the result is a dripping declined in its graphic version. Dialogue on show – combined according to thematic or mimetic and non-chronological association, to stimulate unpublished readings- the works of Nanni Balestrini, present in the Novissimi and co-founder of the Group 63, by Irma Blank, a figure of international importance, veteran of the use of the unscriptural sign, represented here by Gehen – Second Life / Andare – Second Life, the series of works carried out from 2017, after the freezing movement which, by limiting it in movements and manual ability, pushed her to find new creative ways; and also León Ferrari, exponent of the conceptual movement of Latin American contemporary art and awarded with the Golden Lion at the 2007 Venice Biennale, whose extensive research has failed to probe the communicative and provocative potential of semantic and asemantic writing, also combined to photographic images. Matthew Attard and Giorgia Fincato, both born in the 1980s, are spokespersons for the younger generations. If Attard’s research focuses mainly on a drawing with sparse and nervous lines, made manually or with digital tools (such as the scientific technique of eye tracking, capable of recording and leaving visible traces of the movements made by the eye while watching), Giorgia Fincato‘s universe is more markedly introspective: the sign coagulates in the form of maps, cartography of the interior, dense labyrinths in which the author gets lost to find shelter from the outside world. 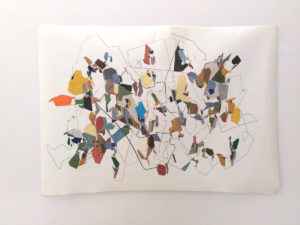 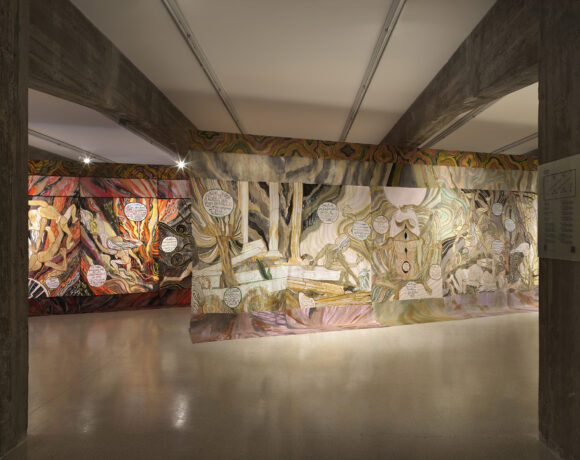 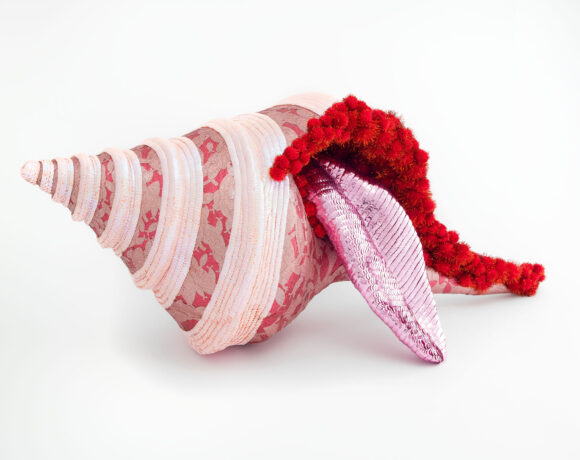