The edition of documenta fifteeen will take place in Kassel, in multiple locations, starting from 18th June to 15th September 2022. It will be curated by ruangrupa, an unusual group of artists and creatives based in Indonesia. The ruangrupas were born in 2000 in Jakarta, where the collective manages an artistic space and carries out exhibitions, festivals, publications and radio formats; it is no coincidence that the Indonesian word “rangruapa” can be translated as “a space for art”. The collective has participated in numerous international biennials: Gwangju (2002 and 2018), Istanbul (2005), Singapore (2011), Sao Paolo (2014) and the Asia Pacific Triennial of Contemporary Art (2012); it was also among the protagonists of “Cosmopolis # 1: Collective Intelligence”, an exhibition held in 2017 at the Center Pompidou in Paris, which investigated collective practice in contemporary art in emerging countries. Also, in 2017, the ruangrapas participated in documenta 14 with their online radio station as a partner of Soun’s Every Time a Ear radio project, which brought together eight worldwide radio stations.

The list of authors invited to the fifteenth edition of documenta is greedy and the exhibition promises contents in line with the times we are living: relational, or dialogic, art; social, ecological, political engagement groups; a 360° review with a privileged gaze turned to the authors from the so called Third World; environmental works in situ or in progress; multidisciplinary artistic interventions.

The list of invited artists was published on Asphalt, the street magazine based in Hanover, which is part of the Insp network (International Network of Street Paper) and which works on these objectives: to provide social information on delicate and often uncomfortable issues, and give work to destitute and homeless people. This choice is perfectly in line with the theme of the next documenta, Lumbung, which in Indonesian means “rice granary”, such as food for everyone and not just for those who manage to get rich, exploiting others. Here is the thought of the curators: “We want to create an artistic and cultural-oriented, cooperative and interdisciplinary platform, that can have an impact beyond the hundred days of documenta 15. We aim for a different model of community-oriented use of resources, not just economic, but also taking into consideration ideas, knowledge, programs and innovations. If in 1955 documenta was launched to heal the wounds of war, today we must focus the exhibition on today’s wounds, especially those rooted in colonialism, in capitalism or in the patriarchal structures, in order to contrast them with models based on partnership that allow people to have a different World vision”.

In other words, we can commendably speak of a committed exhibition, aimed at social issues, at the problems of contemporaneity, at the living dramas of our historical moment, at the peripheries of the world, at the disaster that presents itself to our eyes every day. 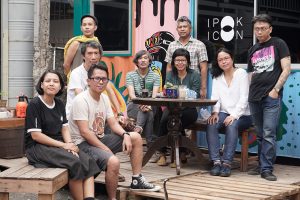 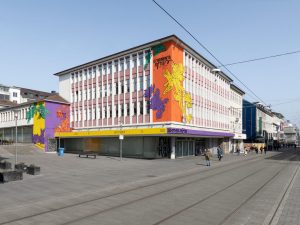 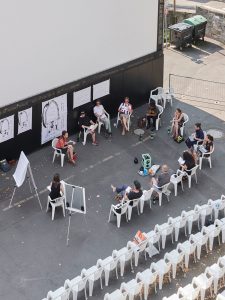 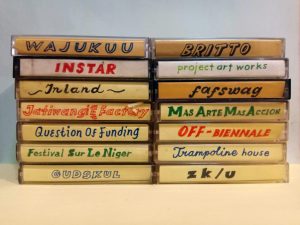