Mattia Pajè. One day all of th..

The research that Elia Cantori has been carrying out with consistency since the beginning of his career stems from an exploration of the documentary possibilities of form, intended as a plastic element capable of adhering to the phenomenon that shapes it to the point of merging with its invisible essence. In every work the material, subjected to physical, chemical or mechanical transformation processes, is at the same time the field of action of the physical laws that force its nature and the recording chamber of their effects. The assimilation of artistic experimentation with scientific investigation procedures (from which he borrows methodical sequences of apparently impersonal actions such as compressing, melting, detonating, condensing, impressing, measuring or reproducing) is aimed at inducing a physical and emotional experience of space and time in which the apparent impartiality of the expected results always reveals a fascinating margin of doubt and ambiguity. If at first the eye of the observer is openly challenged to reconstruct the dynamics of the process that generated the work, its exact identification is only the starting point of a wider suggestion, triggered by the visual and conceptual aporias of an evidence that, while remaining such, causes the expansion of the shaded areas which usually any determination tends to exclude.

Being able to materialize the electrifying anxiety inherent in the idea that physical space can be a substance that can be modified and shaped according to our psyche is perhaps the most peculiar talent of Elia Cantori, who over the years has refined his research by amplifying the semantic tension between the artistic object and the process of its realization with the detection of further simultaneities and copresences. While in he past the work presented itself as the sculptural or visual analogue of a phase of a process removed from instantaneousness and transformed into an object in its own right, inthe  most recent works the translations to which the starting material is subjected are concretized in other objects which present themselves in some way as the negative of the previous (of which hidden aspects and properties are revealed), but also as autonomous and mysterious entities, governed by parallel logics. The Shadow in Process exhibition testifies this evolution of his poetics by comparing three series of new works, variously focused on the unpredictability of the concept of measurement, in which the precise plastic quantification of a physical event ends up activating the exponential multiplication of its latency states.

In the Untitled (Photopsyche) series a fluorescent liquid poured into a dark room on folded sheets of photosensitive paper impresses the surface emulsion generating black specular spots that recall in negative the Rorschach tables, a well-known projective psychological test used to map the psychology of a person by classifying the functioning of the thought and the ability to represent oneself and others. In this case, the light, measured through its opposite, becomes a mouldable material, laden with events, which questions the boundary between unconscious and objectivity.

The three works from the Untitled series (1: 1 Map), aluminum castings of geographical maps made through sand mold, more explicitly refer to the concept of detection and representation. Here the artist puts in place a generative process of measurement that summarizes the materiality of the initial object-map replicated in the original dimensions and folds, its functional identity and the memory of its transformation in the ripples of the surface texture that retain the irregularities of the melting sand. The accentuated three-dimensionality of the sculpture accompanies the mental passage from the represented space to a representation of the space that becomes the creation of a new orography.

Finally, the environmental installation Untitled (Double Absence) materializes an impossible double absence, that of the matrix object (a broken glass plate whose splinters have been replicated in aluminum) and that of its original shape, imperfectly reconstructed by the linear arrangement of the fragments. Here too, the conceptual recomposition of glass through a pre-established process that seems to leave little room for emotion highlights the limits of the concept of measurement intended as determination by opening new spatial horizons in which the oxymoron of the accuracy of the approximation is realized. 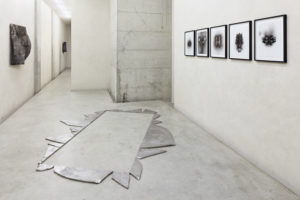 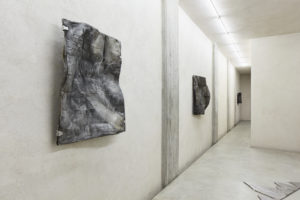 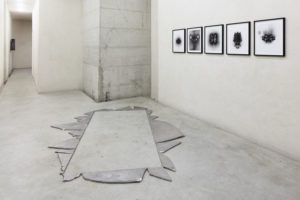 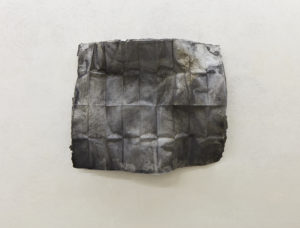 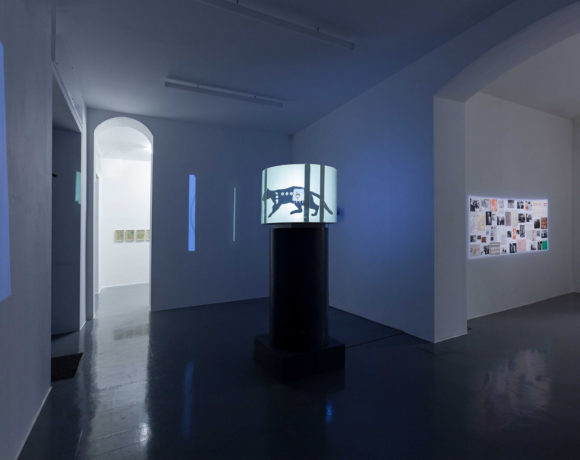 Mattia Pajè. One day all of this will be yours 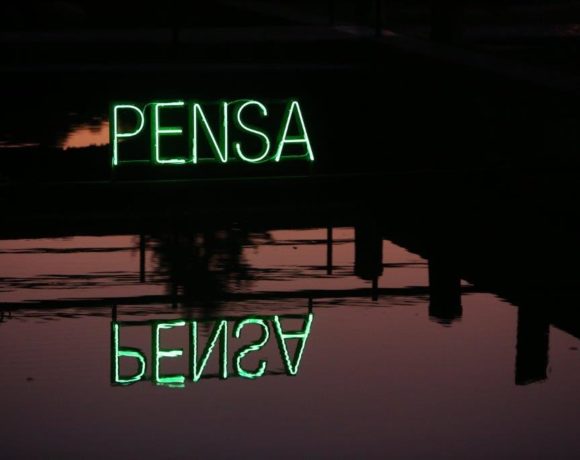