Marcello Rumma in his six year..

Talking about death in the era of hyper-efficiency and interchangeability is a courageous choice, which the Catalan artist Eulalia Valldosera puts in place in Bologna in the baroque spaces of Oratorio di San Filippo Neri with a site-specific installation and a video. The intervention, curated by Maura Pozzati and promoted by Fondazione del Monte di Bologna e Ravenna in collaboration with Studio Trisorio, is one of the flagship projects of the Art City Bologna 2020 circuit, an urban schedule that enriches the city’s exhibition proposal in symbiosis with the Art Fair.

Nave Nodriza (in English “flagship”) is a reflection on the ancestral theme of the Great Mother in which ancient iconographies, coming from different religions and currents of thought, and raw fragments of contemporaneity are mixed. The exhibition opens with a spectacular kinetic sculpture that expands into the space of the nave, descending from the ceiling like a mirage until it gently touches the large reflective Plexiglas surface resting on the floor that forms its base. A very high luminous stem, connected at the top to a superimposed circle and a triangle allusive to a double halo, is the fulcrum of a spiral shape that recalls the trend of human DNA and which supports unadorned containers of oil, milk and blood such as macabre fruits of a birth against nature. An impalpable cellophane sheet shaken by an artificial wind assimilates the structure to a mystical apparition, an extreme derivation of the sacred epiphanies which in past centuries were interpreted as immanent signals of the presence of the divine in the human sphere. The goal of the artist, who defines herself as a “mystical activist”, is to give voice to the natural entities and subtle bodies that make up beings and things to trigger healing processes of people and spaces by awakening those perceptive intuitions in our society usually buried by mistrust and superficiality, which allow us to detect the underground mechanisms that organize the reality in which we are immersed. The viewer is invited to participate in an experience in which the initial amazement is transformed into an awareness of the mendacity of the alleged separation between body and mind and which leads to the emotional and semantic recomposition of the fragments that make up the work. In this way, poor materials, directly taken from ordinary reality, become powerful access points to the collective unconscious, today more than ever troubled by ancient and persistent fears and new anxieties for the ecological and eschatological drift of our planet and of the human species.

In the presbytery area, the exhibition continues with the video Mothership, the ideal continuation of Plastic Mantra made in 2017 in Capri, which induces the spectator to reflect on the theme of the last farewell and death. If sculpture, with its conceptual syntax and with the emphasis on recycled materials, emphasizes the problematic epoch-making situation in which humanity finds itself, the movie, recovering universal ritual gestures performed in uncontaminated environments, recovers the common thread of a cyclic universal existence whose rhythm has never stopped despite the constant forcing with which man threatens the balance of his ecosystem. The images restore a primordial sense of belonging that springs from the mythology of water, intended as a vehicle of memory, source of life, regenerating and purifying substance and prophesies the birth of a new humanity capable of recovering the lost interdependence to react to painful inequalities created from history. The narrative voice, which welcomes generations of mediums, sibyls and witches silenced by the logic of prevarication, guides the spectator in an internal path of acceptance and liberation in which loss is not a defeat but a new rebirth. The overlapping of biblical citations, magical gestures and breathtaking landscapes creates a bridge between different cultures and eras to express a cosmic vision based on the equivalence between environmental and mental health, which translates into an exhortation to abandon oneself with confidence in the harmonious flow of the world, to let go to give space to life. 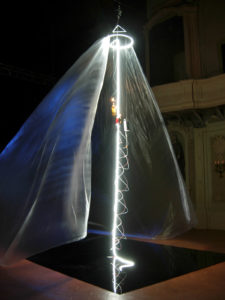 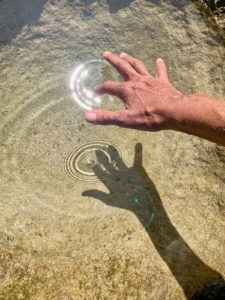 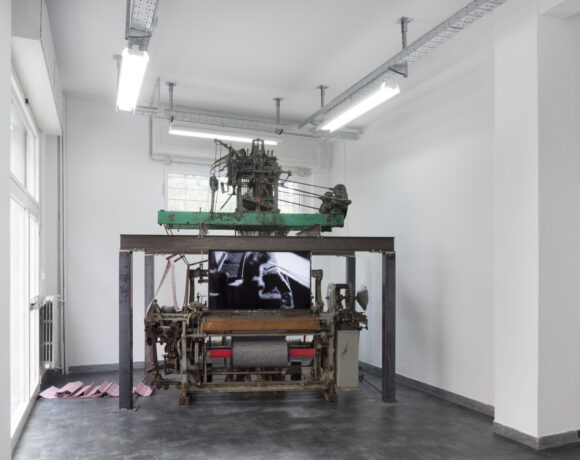 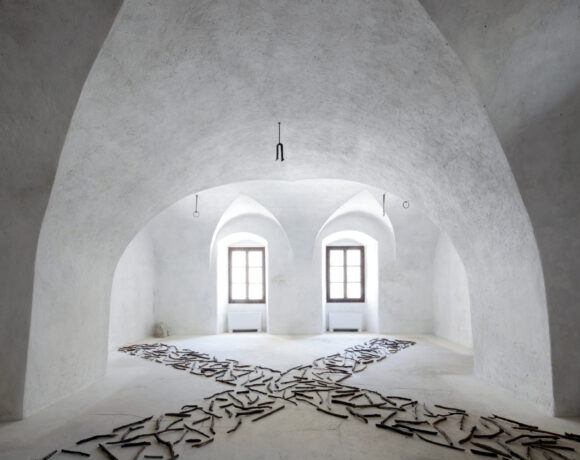 Rethinking the encounter between social practices, space and the body. A Line Made by Walking in Val di Non 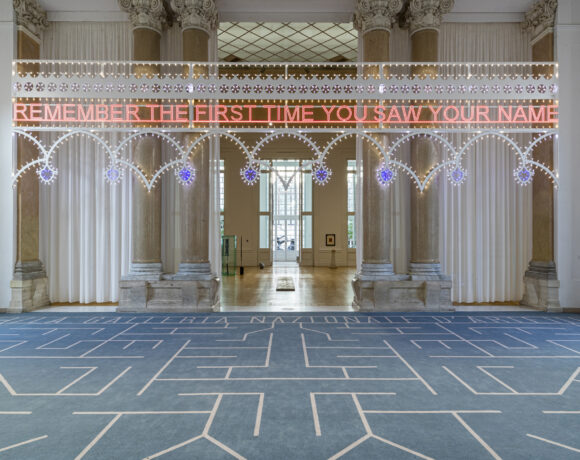