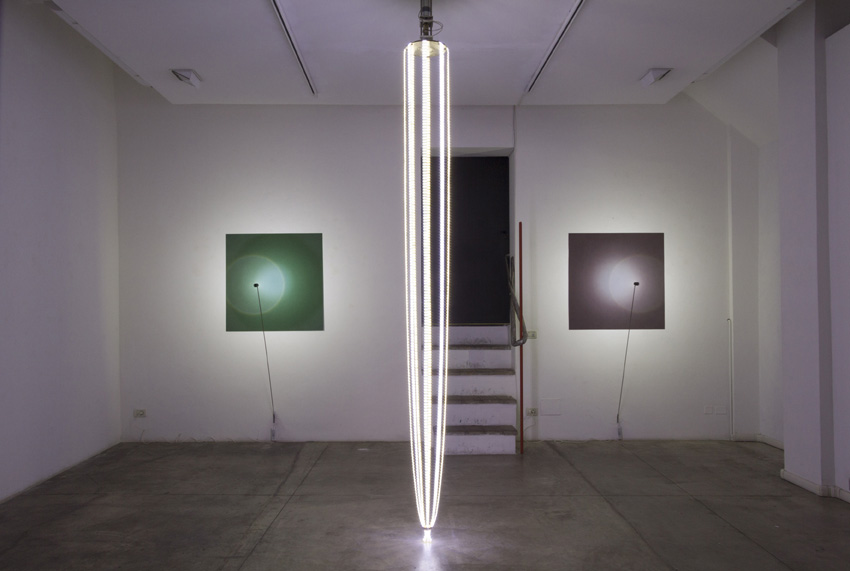 In the myth of the cave Plato tells about a race of men chained since birth in a dark cave and forced to see only the shadows of the external reality projected on the wall opposite to the exit to which they are forced to turn.  Trusting their own sensitive interpretations, they consider real the forms that they perceive and fail to understand that they are generated by a fire placed at the opening of the prison that acts as a diaphragm between them and the real objects located outside. According to the Athenian philosopher, the world of universal concepts is intelligible to reason but not to perception, which is able to detect only its partial and subjective manifestations such as the shadows cast by the fire in the cave. Much of Western thought is based on the “light of reason”, intended as an aspiration to reach absolute truths, postulating an implicit analogy between the claimed irrefutability of rational thought and the objectivity of the sense of sight, which is instinctively the most convincing for discriminating the true from the false.

Fabrizio Corneli (1958, Florence) since the beginning of his artistic career has been inverting the alleged reliability of eyewitness testimony with minimal structures capable of generating suggestive plays of shadows and lights which if observed from precise angles or at certain times of the day (in the case of works carried out for the outside), turn themselves into images. These visions, which are suspended like mirages on the point of disappearing, substitute the sensitive body of the work with an immaterial emanation that represents its purpose and most authentic essence, subverting the usual hierarchy between reality and illusion. Even if what is tangible (the meticulous carvings on copper, steel and aluminum plates placed inside or near the light sources that produce the images) does not seem at first sight to relate to what is perceived at the sensory level, the effectiveness of the art work derives precisely from this discrete hardware matrix that bears the sophisticated mathematical and scientific competence that allows its perceptual functioning.

Ten years after the last one, Corneli returns to exhibit at Studio G7 a refined selection of works that retrace the main strands of an artistic research based on a never repetitive consistency and presents its most recent developments.

It starts from Busy Bees (2009), a light projection generated by a glass ampoule with an internal lamp that shows two large flowers to be admired in the dark, exotic and enveloping like the inflorescences that in nature disclose their petals only when the wet silence of the night protects them from prying eyes. The effect of the work in this case is based on the ancient principle of anamorphosis, which consists in projecting an image onto a surface in such a way that the subject is recognizable only from a precise point of view, according to the same principle of illusionistic architectural decorations with which the painters in XVI and XVII centuries frescoed the noble palaces. Unlike the latter Corneli applies the perspective and perceptive rules from which his evanescent figures are born to the device-generator and let the shapes materialize free from every contour in the mutual interpenetration of shadows and lights.

The border between visible and invisible becomes even more labile in the two works of the Halo series (2016), formed by two square slabs of aluminum painted in green and purple, on which a LED projects a circle with toned contours. The perfection of these abstract silhouettes becomes a spiritual atmosphere when one enters the range of action of the work, which at close distance emits a soft spherical iridescence that evokes the halo of the divine and the saint making immanent an immeasurable appearance of energy.

The chronological excursus ends with the large site-specific kinetic installation entitled Respiro (2017) which welcomes the visitor at the entrance of the gallery: a suspended rotating structure composed by alternating hot and cold white led strips extending on itself expanding as if it were a sentient creature or the mysterious DNA of superior artificial intelligence. Its centrifugal movement absorbs in the rotation orbit the surrounding space which gradually synchronizes its own time with the regular and progressive expansion of the structure, which spreads outwards upwards, raising also the thoughts and emotions of those who contemplate it.

The exhibition highlights Corneli’s talent in making tangible otherwise abstract and indefinable sensations: the artist, reversing the Platonic priority of concepts on opinions, puts rationality at the service of poetry and restores the ancestral attitude of art to induce wonder and to invite the spectator into a fascinating cave of dreams where it is still possible to indulge in the ancient otium. 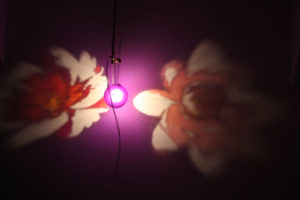 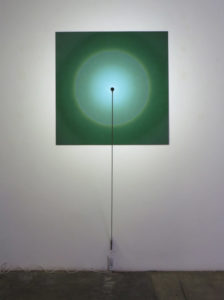 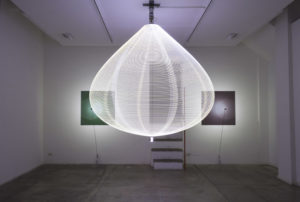 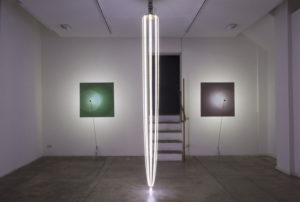