Contagion in art. The expressi..

Jean Claracq and the contempor..

Therefore, not missiles, but microbes. Bill Gates had predicted this, if something had to kill more than ten million people in the coming decades, it would likely have been a highly contagious virus rather than a war. And so it was. Covid-19 stopped all of us, sparing no one. Suddenly everything has become relevant and irrelevant at the same time, the social dimension has radically changed and man, the social animal par excellence, has had to obey a condition of isolation in order to save himself from an unprecedented health emergency. When we talk about borders, the mind rushes to barbed wires, sad emblems of a conflict, latent in that it is subjected to continuous control and self-control, in which perfection coexists on the outside and the abyss on the inside.

Filippo Berta’s artistic urgency has always focused on this gap between the external form of circumstances, marked by an order that governs and oversees everything, and what is actually their interiority. His project, One by One, promoted by the Nomas Foundation and chosen by the General Directorate for Contemporary Art and Architecture and Urban Peripheries (DGAAP) of the Ministry for Cultural Heritage and Activities as a winner of the fifth edition of the Italian Art Council, has set itself as a goal the impossible attempt to count all the thorns of the metal wires that still today create geopolitical and cultural divisions and polarizations in different nations in the world.

Last July, Berta and his crew traveled to Slovenia, Croatia, Hungary and Serbia. A few months later they arrived in Greece and Macedonia, seeing that permits for Turkey were denied. Then it was the turn of Mexico and the United States. And just before the last trip, along the border between the two Koreas, everything stopped. Anyone, no longer excluded, has been barricaded inside a border. Not a real barbed wire, as many refugees are still suffering with a further wave of stigma and repression and exclusion and detention, but still an impassable, tangible and invisible at the same time border. Your home, your municipality, your region, your country. For example. As if our society had imposed on us a sense of deprivation that seems to be punishment, which comes from afar, and forces us to physical and emotional distances, to isolation, to imprisonment.

And it is precisely this sense of deprivation, which is absolutely new for us, that Berta highlights with his project, making visible the condition of those who have always been forced to live as if they had to expiate faults that they do not have, unfortunately, the victim of wishes and the inability of others. The restrictive and claustrophobic condition of these men, women, elderly and children, has become – albeit without the same tragic consequences – the condition of humanity in general, without any biographical, historical, social or geographical distinction being made.

The doubt arises that taking possession of such a modus vivendi may, perhaps, unfortunately, also have in it a certain form of self-destructive perversion, but what we are experiencing forces us to recognize that it is actually the only way we have to live together with a similar sadness, which seems to arise from real shortcomings and which feeds on itself. But if the apparent order of things tries to predict that such melancholy can over time become resignation and then elaboration of the void, hoping that it will persevere in the pleasure of going all the way, inside there are infinite and different mechanisms of re -action that rebels.

Berta is one who reacts. That’s why just when we seem so forced into the invisible real world, so integrated into the singular mystery of personal existence, he breaks down the concepts of time and space to transform them into a fertile ground in which the stories, emotions and experiences of all those who bloom they live near the borders marked by barbed wires. It can be anticipated that from the union of the individual counting of thorns by voice of the residents who become one at a time performers, a choral video installation will be born that will return the languages, cultures, landscapes and imagery of many peoples. While waiting for the project to be completed and then presented, the confinement that we have lived, emphasizes and updates its strength.

Yes, because the strength of One by One lies in its ability to systematically and lucidly bring to light the continuous unmasking of things until it reveals the immense vulnerability hidden by the obsessive manifestations of invulnerability. In fact, in the impossible attempt to count all the thorns, the non-authenticity of the order emerges, the awareness of a stolen time, the inadequacy of a system that educates, the hypocrisies of those provisions that induce a false self-control and the overwhelming of the other in community dynamics. Perhaps, simply, we should all quit the shoes of indistinguishable individuals who cross without meeting, because it is in the interstitial and apparently inessential spaces that life infiltrates. 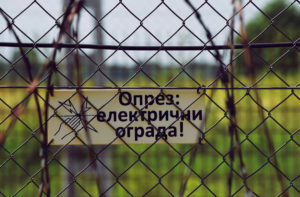 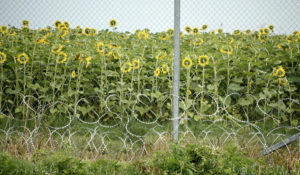 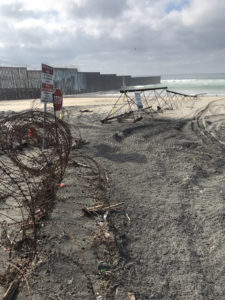 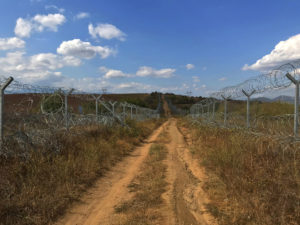