MATARES. A film by Rachid Benh..

The Salone del Mobile in Milan, first postponed from April to June, then canceled, this year will not be held due to the global pandemic and with the fair also the Fuorisalone and the thousands of events that every year act as a corollary to the event will be canceled. Waiting for celebrating the 60th anniversary of the event in 2021, Design Week, as well as the main international art exhibitions in recent months, has also spilled over the web. From 15 to 21 June the Fuorisalone.it website will inaugurate an open platform with various formats initially designed in relation to the event and which will now be dedicated to brand previews, but also to exhibitions, training and networking.

Among the artists involved in this new digital kermesse we highlight Fulvio Morella, who presents the Deep Oval project, focused on an unpublished series of works, created during the quarantine, which investigate the depth and shape of the oval between Fontana and op art. The virtual exhibition is curated by Cramum, a non-profit project that supports artistic excellence in Italy and abroad. To find out more, we asked the artist some questions.

Camilla Pappagallo: Deep Oval comes after the success of the Square the Circle cycle just presented at the Virtual Design Festival and inspired by Leonardo da Vinci. The oval grooves that characterize this new cycle of works refer to the shape of the egg and are inspired by the optical art of Victor Vasarely and the series “The End of God” by Lucio Fontana. What aspects do you think these two artists have in common and why are they points of reference for your research?
Fulvio Morella: They certainly have in common depth and going beyond the representation of the world as we perceive it. In art I am fascinated by the possibility of not telling reality for what it appears but for what it hides. Both Masters saw in the challenge to overcome the two-dimensionality of the canvas a possibility to go beyond limits and conventions, which is something that I feel very mine and that represents me. With these new works I wanted to tell the depth in my way by paying tribute to artists who intrigued me and pushed me to try to go beyond the limits and the “tradition” of my technique, the turning of wood. Deep Oval are self-supporting works that can be seen by the viewer from the front as if they were paintings. So I tried to emphasize the depth of the cuts of Fontana’s “expectations” with the optical art and the color of Vasarely. The oval then certainly recalls the egg and again Fontana. However, I did not represent an egg, but I recorded the negative of the egg in the wood, I returned the impression of an ideal egg.

Your works are sculpture-objects in which the function is made explicit by a few essential formal trends, but nothing appears to be didactic and each creation, when not used, is also a self-sufficient entity. What mental path do you follow to reach this extreme synthesis?
I am a great observer and I speak little. I think and plan a lot. Those who work with wood are forced to proceed by subtraction, because the shape is given by removing, arriving at the core. I add to this taking away that depth understood as going beyond: I always ask myself how to overcome what I consider to be technical limits of wood and turning. Deep Oval was thus born, for example, from the fact that as a turner my design attention often ended up in the center, always in the circular hollow. I wanted to unhinge this tradition and create works whose center was an oval, which reminds me a lot of the shape of the egg. I worked on it for months, I designed and built machinery and in the end I made less than ten works. Including how to overcome the limit, I set myself another challenge and for this I never make too many works of the same cycle. The turning moment is in fact the conclusion of a study on the shape and possibilities of technique and matter.

How important are tactile and visual values ​​of surfaces in your research?
The combination of visual and tactile sensation is fundamental. For me the sculptures should always be touched. I know it is difficult, almost impossible to make, but how can you expect to know a sculpture without touching it? There is an experience of the truncated and incomplete work. Precisely for this reason, a Maestro, as well as a dear friend with whom I have collaborated in the past, is Franco Mazzucchelli: he began abandoning his works so that people could live them, touch them, even destroy them. I always invite people to touch my works in my small way and I always see that it is an experience that enriches the viewer.

Transferring the ancient art of turning to contemporary art is perhaps the most intriguing and peculiar challenge of your work. The combination of industrial colors, the natural grain of the wood and the insert of metallic materials generates an unexpected sense of harmony. How do you manage to measure the intensities of elements so contrasting with each other?
With a lot of planning and selection of the final work. As said, I am going by subtraction, it is not possible to remedy mistakes or improvise. I study each work for a long time before realizing it, always reconciling the limits of wood with the characteristics of each piece. I think it is normal and right to make mistakes and experiment: I learned to throw away what does not convince me or the pieces that break in an attempt to overcome the “limits” of matter. In the Valtellinese dialect it is said “diventà puntei de pignati” (become props for the pots on the stove, that is, to become firewood).

A digital exhibition project has the advantage of reaching a potentially unlimited number of visitors, even if remote viewing inevitably makes the experience cooler and more abstract. What stimuli did the opportunity of this unusual exhibition format give you? 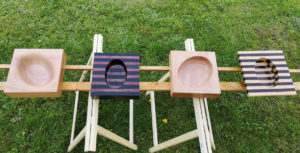 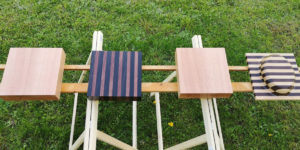 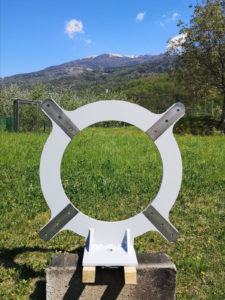 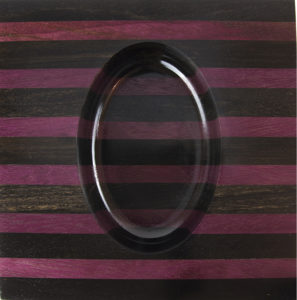 I am fortunate that, at Cramum ‘s invitation with whom I have been working for two years, I have long since opened an Instagram profile that today has 6000 followers and that I built as I am: very rigorous and austere in which I propose the same work from different angles for days or weeks. So the first approach with the “big” public I had it is digital. For this reason, when Fuorisalone invited me, I immediately grasped the potential and I also proposed and they even agreed to present a new cycle. Obviously, touching my works is missing, but I hope to do so in other occasions in the future. 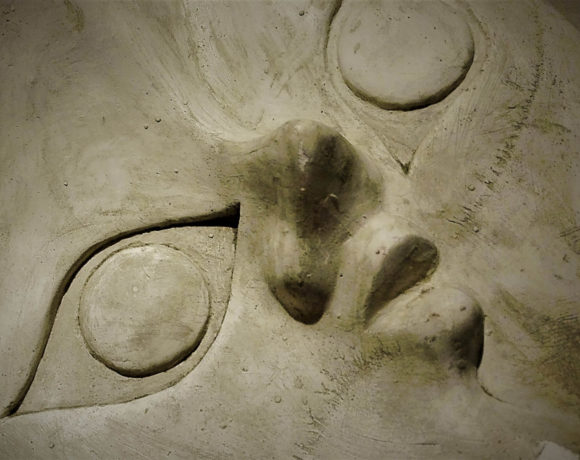 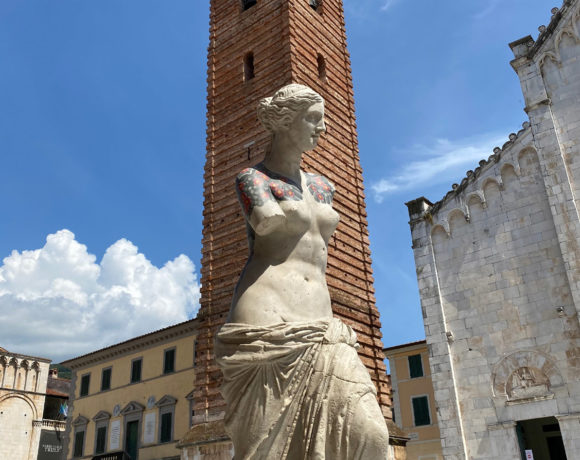 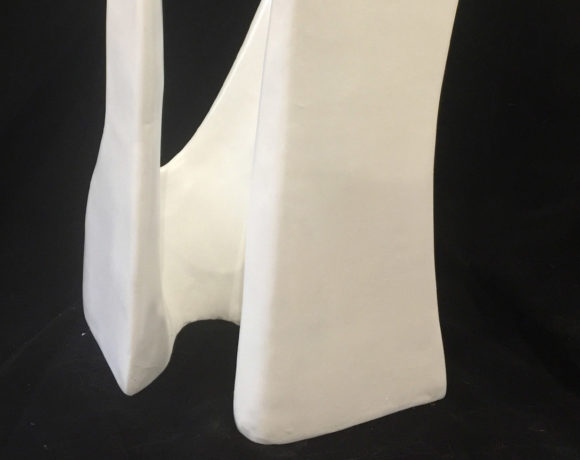