“In.finite vie di toni” (December 2019, affinità elettive series, ae editions by Valentina Conti) is the new book signed by the critic Gabriele Perretta: a journey into contemporary art literature, a lucid criticism in a fairy-poetic key, a pungent and ironic look. The narratives contained in this book are a new piece of media culture that sees the founding critic act in first person. If medialism introduced, in the mid-80s, in a forward-looking way, a new way of constructing and understanding the work of art, this book introduces a new way of making criticism through the media use of narrative. The result is a flowing and innovative writing, at times very personal, well accompanied by Rodrigo Blanco’s proto-paintings which seem to suggest in an undefined space the “In.finite vie di toni”, which in this case are not just notes colored, but a way of reading and literature.

How did you come up with the idea of ​​writing a prose book that praises the poetic aspect of life – and therefore of art – but at the same time criticizes what artistically surrounds us and has surrounded us?
The book come out from a phrase by Roland Barthes that is mentioned by Angelo Shlomo Tirreno in the preface: “all logical money is in the interstices”. Well, the exchange tool that speculates in the interstices is expanding. Roland Barthes, in a structuralist and semiological context, anticipates Gene Youngblood’s intuition on artist’ movies with Expanded Cinema, that is, that notion of interstice that we identify by comparing fields of knowledge and language. This prose book flows from the collection of texts published for magazines, online or on paper.

There are characters – I think, for example, of Molly Bloom – that refer to people, contemporary artists (I imagine that in this case the reporter could be Letizia Battaglia). How did you choose to insert them, where did it all come from, what is the genesis of these media narratives?
The agenda of media narratives has its roots in the experience of the 1980s. In fact, those years were crucial for the media change: the Città & Città laboratory, the Città senza confine exhibition (1984), with a section of short stories, together with ten years of photography exhibitions curated in Naples at Copyright, represent the constitutive basin media storytelling. In that decade I had the opportunity to deal with all the research of Neapolitan photography; I met Luciano D’Alessandro, I started working with Mimmo Jodice, then with the Open Research group, with Lello Mazzacane, Fabio Donato, Cesare Accetta, Antonio Biasiucci… Just then, in the exhibition space of Ricerca Aperta, together with the Diaframma Canon of Milan by Lanfranco Colombo, I curated a Letizia Battaglia exhibition. But this does not mean that the reference to Letizia is a linear and direct reference.

Rodrigo Blanco’s paintings, or rather proto-pictures, fit well and accompany your literary work. For once time the artist accompanies the critic and not vice versa: is there a need in you to shuffle the cards a little, to subvert the pre-established roles that are not so pre-established or, in any case, should they not be?
Proto-pictures stand for prime numbers, it is a question of indicating them as a prime element. Although this first element in the book is not seen, but it is stated through the list of images, where we can inform ourselves that Penelope è l’infinito, through a pencil on 90×70 canvas; L’apparizione di un interno is always an oil and pencil on 100×80 canvas. The painting in the book turns into a reproduced image and accompanies some conjunctions between word and visual sign. For example, in the first story we talk about Partenope and we see in Nascita (donna al mare), a sign that turns into something material, it is the reproduction of a “color” that “cleans up”. Shuffling the cards, therefore, means playing chess with painting. The use made of painting is reproductive, i.e. its materiality becomes photo-graphic illustration.

In this book you also often speak about “circumscribed” worlds in a range of artistic action. I am thinking of the media prison or the land-artistic garden: once again the curiosity to know the genesis of these choices is strong.
The reference to the limited worlds always concerns media criticism, which on one hand presents itself as the ecological garden and on the other hand presents itself as a museum as architecture of control and self-control. So, indirectly, in one case I am referring to Land-art and in the other case I am referring to the identification of Jeremy Bentham’s Panopticon and the rediscovery, by Michel Foucault, of the architecture of punitive societies. The story about Panopticon speaks of a subject, a performer who is short of breath, while in the ecological garden there is almost the simulation of an attempt to breathe better, even if ironically this attempt presents itself as an impossible place of ecology.

The first impression is this is a very personal book: I think of the introduction, where there is the incipit about Naples that reminds your roots, but also the infinite literary inner worlds that belong to you: poetic, allegorical, dream. That is quite right?
Well, I don’t know if these moments belong to me, or I belong to them; there is a dystonia: the word belonging is the tone of dissociation, of exile. In fact, the story she quotes is an indirect homage to the literary exile of Raffaele La Capria, which he faces in the mythical Ferito a morte. That situation there is a sort of search for the place, for a specific place in Naples: Palazzo Donn’Anna in Posillipo. The view from a hill, where the hill itself and the gaze are no longer there, there are the archaeological remains of the gaze and its speciosity. Naples is another of my literary utopias, an allegorical dream that comes to terms with the nightmare and the poems. For me Naples is the place of origin, it is the place of crisis and it is also the place of the border crossing.

In conclusion, after this excursus on some aspects of contemporary art, through your tirelessly medial, ironic and intuitive eye, how much does the world of art need literature?
To answer this question, I would first like to thank the two critical contributions that are at the beginning and end of the book: that of Angelo Shlomo Tirreno and that of Ivan Fassio; both face the question you ask me. Recently, as an art critic, I have taken a position as an artistic literature, which proceeds with my back to the future, as in the thesis on the history of Benjamin, pushing me to reinterpret the beautiful words of Marina Cvetaeva, who said: “language takes the poet away”. Ultimately I think that the word is the technology of the future. 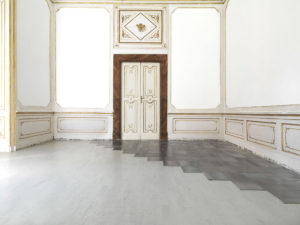 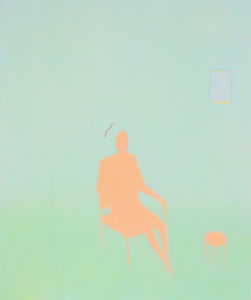 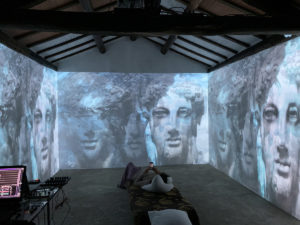 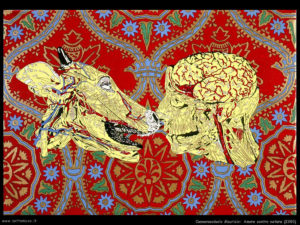