Fashion is a serious matter. F..

One of the most interesting exhibitions of the ART CITY Bologna 2019 circuit, an event that extends its appointments even after the Arte Fiera week, is the personal exhibition of Belgian photographer and videomaker Geert Goiris (Bornem, BE, 1971. Lives and works in Antwerp) underway in the Salone della Banca di Bologna at Palazzo De’ Toschi. The exhibition – consisting of a selection of photographic prints of different formats, a slide show and a multi-channel video installation – presents itself as an ambitious environmental setting, signed by architect Kris Kimpe, in which the space is marked by hexagonal exhibition modules, some closed, others open and accessible, which host photographs or moving images on their walls or inside them.

The title of the exhibition, Terraforming Fantasies alludes to the futuristic speculations about the future of humanity that consider the possibility of making other planets similar to the Earth, and therefore habitable for human beings, by chemically altering the atmosphere. This hypothesis reveals our profound concern about the threat of the imminent ecological catastrophe that could extinguish every form of life on Earth. The exhibition, composed of a constellation of hermetic objects, plunges the viewer into an atmosphere of strangeness that amplifies the feelings aroused by the images and insinuates the idea of ​​a forced colonization of space.

Geert Goiris’ photographic and video research, without excluding the interiors and the human figure, concentrates above all on the landscape. Whether captured in his images at the borders of the world (from the Antarctica to the volcanic desert of Dancali, in Ethiopia), or focusing on familiar places, Goiris makes them appear suspended and enigmatic, as if they belonged to another planet. The shots take place especially during the hours of sunset, at the uncertain time when the light begins to decline, and for this reason the images always appear sharp but enveloped by an impalpable mist that evokes a disturbing parallel reality, a sort of artificial and post-human replica of our world. The breathtaking views or the evocative environmental details photographed by Goiris, at first glance clearly readable and impeccably laid out from the compositional point of view, if carefully watched make otherness explode bringing to the surface the remnant of the contemporary globalized ecosystem, whose subsistence is based on a very fragile balance between life, death, genetic mutations and artificial hybridizations.

On the occasion of the opening of the exhibition, we interviewed him to investigate the reasons for his work.

Looking at the pictures in this exhibition as a first impression I understand that you are a traveller and you don’t like human beings so much …
I like human beings but we already see them very often in photographs so I ended up in showing more nature, buildings and landscapes in my pictures.

The natural and urban landscape you portray communicate the same sense of mystery. Which is the link between them?
It’s a kind of counterpoint because if you only show nature it might also become something like a trophy, as if I wanted to say “Look i have been in this fantastic place!”. I think if you propose the kind of representation you find in the newspapers, like the lonely figure on the rock to talk about isolation, is more like a performance, it’s a superficial view. On the contrary I need to have the interior as a counterpoint to the exterior because for me they are both in the same mood, tension and mystery. I also don’t want to work only in one gender but to touch different kind of images in a way you can still feel that the work is connected. Otherwise it becomes too boring.  It’s not about the identification of a subject (ie an animal, a landscape, a portrait), it’s about its mood and its tension.

Do you think this mystery is the sign of some future misfortune for humanity?
I think it is a premonition. It’s a feeling that something is coming and this feeling changes the perception of reality. It comes from a believe that the future is quite unsure and we need to do something about it. On a personal level but but above all on a collective level. I am looking at nature at the moment when it is disappearing. It’s very different looking at nature now than even 50 years ago. There was a different concept: now we are looking at something that it is disappearing. I don’t think it’s a good thing. But it’s not only about this kind of awareness because there’s also the somehow perverted pleasure of looking at something that is dying.

Indeed there is a strong sense of beauty in all your images …
I want to make images that pull us to look at them and at the same time push us because this is the dynamic I find interesting and this is the dynamic of the sublime. When you stand at the edge of the ravine and you think you are about to fall you are worried but you are also attracted to it. it is the same kind of tension that I would like to suggest through my photographs. So i think the sixth extinction, the fact that so many species are dying, the lost of biodiversity are the contemporary sublime. It’s something ambivalent: you feel that something very heavy is going to happen but we don’t change but at the same time you remain motionless to contemplate what happens.

When you travel for shooting do you plan in advance the places to see or do you let yourself be guided by instinct?
Both. Sometimes I go to a specific place and I really study before and carefully plan the locations to see, but often I just go to a place that I don’t know and I am open for new discovers. Now I don’t have so much time any more because I have a busy life and I need to plan more. But sometimes I just have the feeling that I need to be somewhere and when the light is good you can find something interesting almost everywhere.  I am attracted by what surprises me, it’s what keeps me going on. 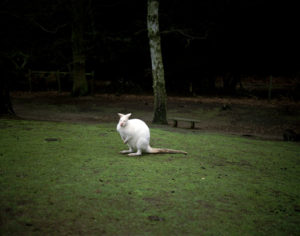 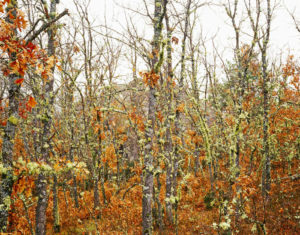 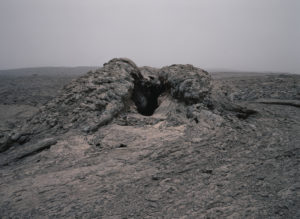 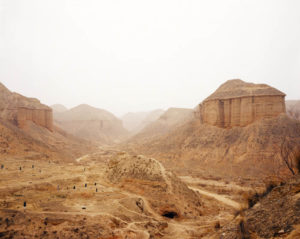 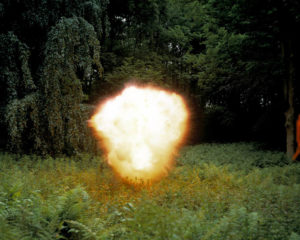