Sean Scully at MAMbo: the retr..

The Awakening of Seeing at Mus..

The San Luca Academy hosts the exhibition Grazia Toderi. Marco (I Mark We Mark) which draws from Conversazione sulla terra(a dialogue between the artist, Grazia Toderi, and her brother Marco, agronomist as well as their father, happened in 2019) the desire to intersect visions and knowledges in order to make them merge in a thinking of the earth, of the elements of nature and their traces over time. Starting from the first act of this project, which saw Toderi’s brother involved in the creation of a series of terrestrial desertic images then interpreted on the occasion of the exhibition Marco (I Mark), 2019, held in 2019 at the Sala d’Arme of Palazzo Vecchio, in Florence, and in 2022 at Palazzo Carpegna, in Rome, the artist deepens her personal reflection on the earth as a vital, fertile and metamorphic substance, confirming her interest in developing a practice that could celebrate the relationship between the sciences and the arts. The result is a path that aims at discovering the relationships between earth and cosmos in their becoming by confronting her work with the baroque architectural context of the academy in an evolutionary and meditative manner.

In the first rooms, the video projections We Mark (Lights – Shadows), 2020, and We Mark, 2020-2021, follow one another like a triptych in motion, overturning the perception of space to suggest movement that designs an immersive atmosphere. In reaching these heights, Toderi reflects on the importance of the medium by making use of an astronomical instrument – a viewfinder – which allows positioning and focus and metaphorically projects a contemporary cosmic imagery. One can intuitively imagine this experience by placing her/himself on the same timbre and temperature of Toderi’s telluric lights as their tones, always been dear to the artist – just think of the color “Rosso Babele/Red Babel”, 2006, coined by the artist – are meant to evoke and reconnect other spaces of the cosmos and the universe. In a radical manner, on the contrary, in articulating the space and surfaces, Toderi’s projections reflect an investigation on chiaroscuro in a minimalist key, resulting in an emotional and plastic complex.

Along Borromini’s portico and courtyard, the series Orbite rosse, 2009, twenty drawings in graphite and tin on paper, dwells on Toderi’s trait which in its essence traces trajectories and connections among parallel universes. These drawings interpret the principles of the Baroque style – the ellipse, the spiral, the concave and the convex, the curve – in an encounter of alchemical experimentation which transcends the earthly dimension to join the cosmos. Along the spiral ramp, also by Borromini, the exhibition takes on a lyrical tone. The forty drawings of the series Eternal Impersonal, 2006, are exhibited here and evoke the ethical dimension of Toderi’s practice, a surreal vision that emerges from the conflict between nature and the cosmos to rise harmoniously. In the works of Disappearing Map, 2016-2018, the artist takes an escape from the earthly dimension towards orbits and collisions until it is extinguished in the visions of the series Dissolving Babel, 2019, which revisits the image and the myth of Babel and reveals the nature of the exhibition path as a journey through time and memory. To seal this ongoing reflection, the series of Lights for K222, 2013, focuses on the design of a ring-closed pentagram in which a pulsating light reverberates, and which is impressed by the notes of the Misericordias Domini, K. 222 by Mozart. The viewer is confronted with the evocation of the visual and sound experience linked to the singing in the achievement of an illumination which confirms the theatrical posture of the artist’s work.

Founded on the dialogue between science and art, the exhibition Grazia Toderi. Marco (I Mark We Mark) is a reflection on the human and non-human condition in the time of becoming. If the Roman Baroque has always been the style of creativity, evolution, and metamorphosis, Toderi’s video projections, installations and drawings further suggest another meaning which rests in the confit between light and shadow, multiple and individual, earth and cosmos, infinite and historical determination. The exhibition is presented along with the publication of a catalog comprising the conversation between Grazia Toderi and her brother Marco Toderi, accompanied by a critical text by Claudio Strinati. 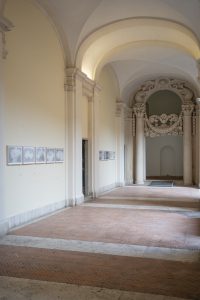 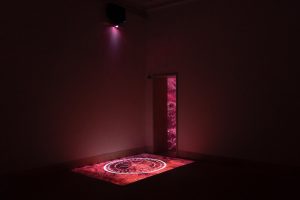 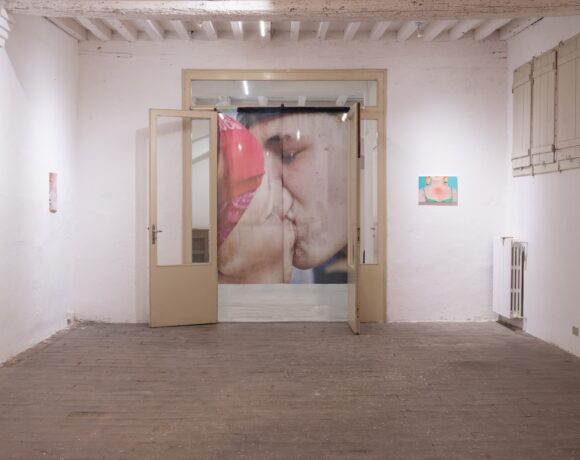 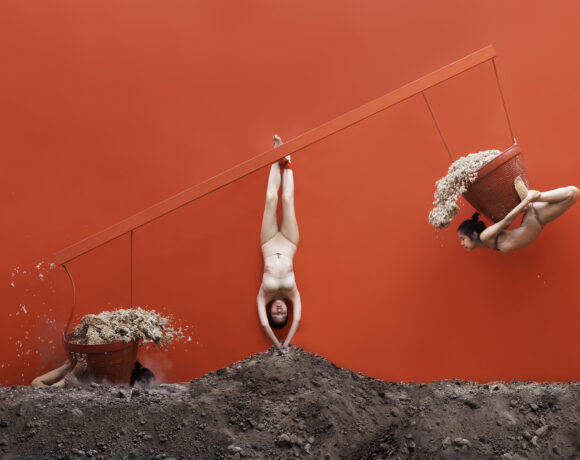 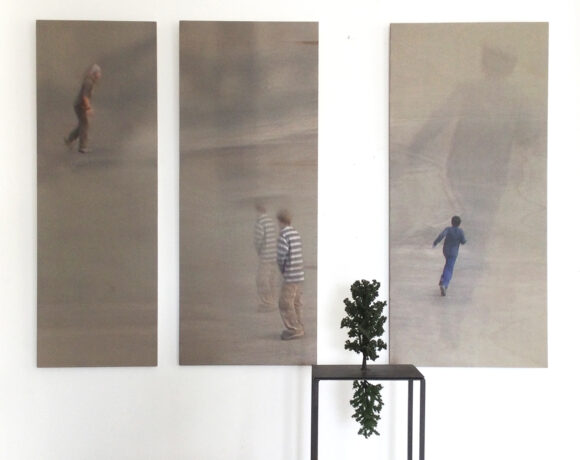