Jason Dodge at Macro in Rome: a great site-specifi...

Museum for preventive imagination in Rome wants to represent a new idea of a museum that moves away from the usual exhibition environment  to be the scene of a program that frees artists from conventions and allows the public to be an active agent. No longer a didactic and guided education, but polyphonic projects that take down the role of museum-showcase as an elitist place to transform it into an inclusive space, that evolves the new and necessary identity of this institution.

In this rich program, configured as a single exhibition project that will extend until the end of 2022, the exhibition Cut a Door in the Wolf by the American artist Jason Dodge, created for the SOLO\MULTI section, is inserted.

Dodge’s artistic creative process has always observed a strict connection between visual and tactile perception, as if to create a gap from the apparent reality, to induce a question that becomes personal reflection. The repetitiveness of the materials and objects used by the artist, which becomes redundancy, causes the consequent feeling of estrangement and envelops the viewer in a vortex, which although sometimes shrill, forcing him/her to get to the end.

His works, which have the ability to extend into every corner and totally capture space, imbuing it with meaning and signifiers, cancel the traces of what has been before. In the spaces of the Macro, estranged from any frills, with the mastery of a single breath, Dodge has worked with the apparently confusing details, which harmonize the great site-specific work. Feathers, scraps of paper, scraps of cloth, plastic, pieces of sponge and disparate materials that spread, sometimes piled along the perimeter, throughout the room: a view that dominates the viewer and that could scare him because walking itself alters the work.

Overcoming the rational fear of “ruining” and losing the perception of the place, instinctively, we try to observe eagerly from every perspective, to capture, a general vision and the apparent meaning of those strange objects, which are nothing more than mere matter in metamorphosis. In the center, large palm leaves, which will become with the passing of the days increasingly dry, dominate the tables, accompanied by small white rectangles well wrapped of Ivory soap. Dodge so has cancelled, reshaping the space, the line that separates the exhibition environment from the work to make it part of the same installation.

Cut a Door in the Wolf  doesn’t try to explain the hidden meanings of common objects and materials, but rather it’s an approach to the organic and inorganic that puts the viewer at the center of the work, allowing him/her to freely interpret more narratives through a body action that inevitably recalls the involvement of the five senses.

The exhibition, which will welcome the hand of different artists, is therefore a work in progress but is not the end of the experience, rather it is the medium that conveys different sensations and narratives that overturn the way of seeing banal reality, because even in what seems insignificant we can find everything. A real living organism, which mutates and that feeds by the transformations that are brought to it. 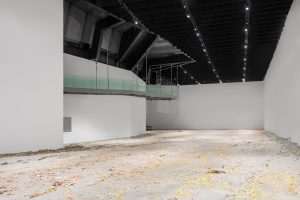 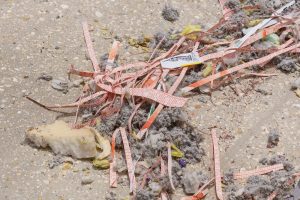 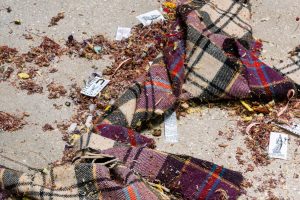 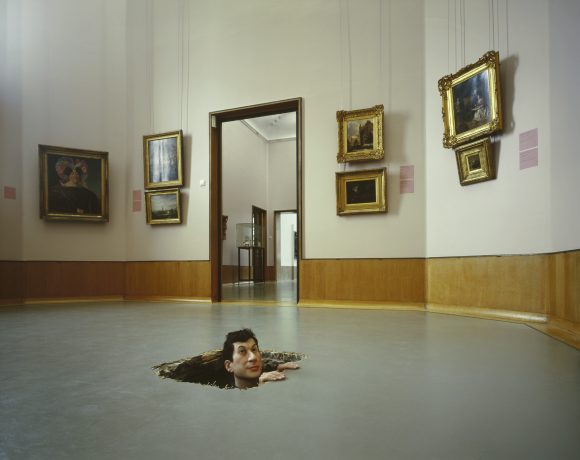 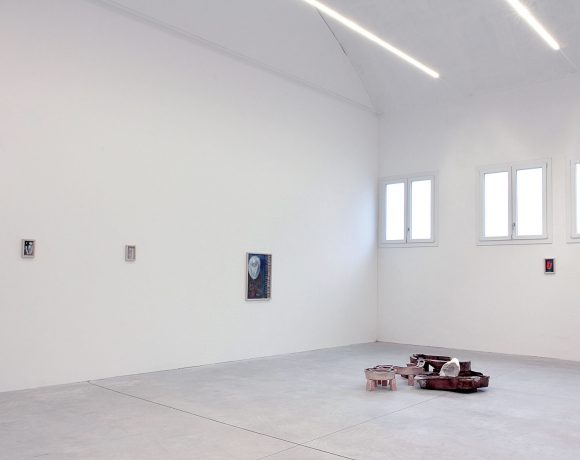