The hybrid universe of Patrici..

“L’altra scultura” by Salvatore Sava a...

On February the 6th, 2022, the exhibition L’altra scultura (The other sculpture), by the artist Salvatore Sava, curated by Paolo Bolpagno, was inaugurated at the Biscozzi | Rimbaud Foundation in Lecce. Born in 1966, the Salentine sculptor represents a unique excellence in Italy. His approximately thirty works here exposed, including unpublished pieces, accompany us, step by step, in recalling the artistic production of Sava, from the nineties until today.The main materials are different: iron, Lecce stone, steel, rope; as different are the communicative and technical media, wood, resin, fiberglass, enamels, metal collages on cardboard, that reveal a never seen before face of the sculpture, but always linked to that primordial generating power inherent in each of us. A face that surprises those who already know the artist and it enchants those who meet him for the first time.

Antonella Buttazzo: In the show L’altra scultura we can admire some unpublished works, which further seal your relationship with Nature. Whit regards to the colors, what role do they play in your artistic dimension?
Salvatore Sava: I started my creative path as a painter, then materials grew on the canvas and later three-dimensional works in bright colors came out, which accompanied the first plastic forms of the early nineties, inspired by a still uncontaminated nature furrowed by seagulls and kites in the blue of the sky. After this brief and colorful first phase, the colors, associated with various techniques, translated various emotional aspects of my personal story. Subsequently, they accompanied ecological themes such as the one at the end of the nineties which, through a series of large-sized relief paintings in black, testified to an “irreversibly contaminated” reality. The yellow, for example, recently introduced in my work, has accompanied Follie barocche (Baroque Follies), a series of three-dimensional works that represent stones, plants and fruits, realized for an historical space in the University of Salento. In this case, the sulphurous hue marked the poisoning of the soil. The yellow again, but a fluorescent one, is instead the protagonist of two installations, from 2014 and 2019, in the square of Castronuovo di Sant’Andrea, in Basilicata, curated by Giuseppe Appella. Here the color, in addition to the ecological message, is combined with the large oak tree, the undisputed protagonist, together with the railing by Consagra and the work by Maccari, in the main square. Another colour in the show is grey, expression of a Salento haunted by Xylella[1], but also green recalls hope, situated in some vigorous shoots, the result of my grafts on millenary olive trees destined to desiccate. At the end black colour is used to give life to a vast series of woodcuts and graphics inspired by the same theme of the desertification of the countryside due to the bacterium introduced by globalization.

Usually the visitor expects a certain itinerary from the artist. But the artist, on the other hand, what does he expect from the visitor? What do you expect from the spectators who visit L’altra scultura?
In this case, I am lucky because most of my audience is refined and made of contemporary experts, who will not find it difficult to grasp the messages contained in the works, or to receive an emotion in order to, perhaps, grow the desire to know “the other art”, the still unpublished one.

Which of the works on display brings your artistic personality into focus?
It is probably always the last work which manages to enclose the previous path through synthesis, preserving its essence and the DNA from which other creative paths will originate. Xalento 2021, which is the most recent piece, and which welcomes the entrance to the Biscozzi | Rimbaud Foundation, embodies the ecological theme on one hand, and that of Covid and Xylella on the other. It is, in fact, a fantastic cell, made of iron, steel stainless steel, stone and enamel, which shapes itself in space.

2020 was the year of the Covid-19 storm. In your opinion, which changes the pandemic has brought in the art system and in your way of making art? How much this new reality has affected your projects?
2020 was the year that allowed me, through forced rest, to dedicate myself to the restoration of the studio and at the same time to be present at some exhibitions and online events. However, the new reality due to Covid-19 has not changed my way of working, certainly the pandemic, and the various crises in progress, have substantially penalized the art system, but I think that true artists will be able to survive in spite of everything and to leave his indelible mark, just as humanity has always done since Prehistory.

[1] Xylella fastidiosa is a bacterial plant pathogen transmitted by vector insects and associated with serious diseases affecting a wide variety of plants. In the grapevine it causes Pierce’s disease, which represents a serious problem for winemakers in the United States and South America. Xylella fastidiosa was discovered on Apulian olive trees, in southern Italy, in October 2013, the first report of the bacterium in the Union European. 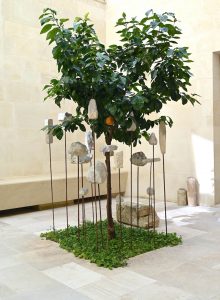 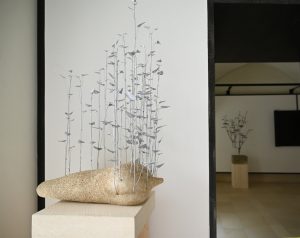 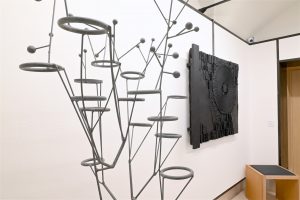