Newspapers around the world report the news of three space probes that are chasing each other to reach Mars these days. In pole position there is the probe of the Arab Emirates, closely followed by the Chinese one, last the American (probably slowed down as the prophecy of QAnon, postponed to March 4). In order not to be left behind, even contemporary science fiction has accelerated the pace. The authors of the sector are in fact aware that their most urgent task is to deal with the current challenges. The first of these would be the search for new frontiers. As demonstrated by the recent pandemic crisis, ours is no longer a comfortable planet.Meanwhile, Elon Musk and Jeff Bezos compete to see who goes farthest among the stars.

On 4 February, the Moon landed in via Dolomiti in Milan, when Dimora Artica inaugurated “Lunar Stories” a collective of six emerging artists from different generations and practices. The Milanese project space outlines a parallel between the translucent evanescence of the nocturnal atmosphere and the incorporeality of the digital, as the mediator of any gaze on reality. For this exhibition, the curators wanted to focus on the fact that art today is increasingly permeated by technology.

Moreover, nowadays art is sharing with technology that vocation of making the invisible visible, that was once its exclusive prerogative. This might seem like a loss of autonomy. However, it must be considered that artistic expression has always drawn from various fields, constituting an incubator of hybridizations and reworkings of the cultural complexity of the present.

Digital therefore as a moonlight or perhaps as a dark side of the moon, at the same time a risky black hole for any physicality and a propeller towards new frontiers and languages. Dimora Artica draws an interstellar map with several voices, which allows the public to orient themselves in this still unknown territory so rich in potential. It is also a collection of short stories, so similar to other guides written by explorers, like the tales that Marco Polo brought back to Kublai Kan on his return from invisible cities.

In via Dolomiti, Andrea Arrigoni (1996) presents “Behind the space” 1 and 2, acrylic paintings with a suspended atmosphere. The canvases show metaphysical architectures, the forms of which are extrapolated from an ordinary life and brought to the limit of stylization through the use of a lively chromatic range. These architectural tables of a monumental elsewhere are reflected in the works of bn + BRINANOVARA (Giorgio Brina, 1993 – Simone Novara, 1994). The artistic duo with its transdisciplinary practice challenges and reinterprets cultural archetypes in an ironic key. In fact, they transform visual details (in this case a drapery by the Renaissance painter Bartolomeo Veneto) into hypotheses for new images with precious luminous reflections.

Next to them are the majestic tulips by Francesco Ciavaglioli (1983). This artist is interested in the processes of technical reproducibility and in the construction of crystallized landscapes, where isolated botanical elements are cataloged and rearranged in an abstract concept of garden. Camilla Rocchi (1998) looks at the details, but this time with nature, with its Metamorphic Organisms.It is a series of small ceramics that capture the spiritual essence of biological forms and populate the white floor of the exhibition space.

Ultimately, there are the prints by Nicola Gobbetto (1980) and the enigmas by Iacopo Pesenti (1990). The first overlaps photographs of classical statues with colored patches where the marble is chipped by time. In this way Gobbetto conducts a reflection as lucid as it is disenchanted around a classical ideal of beauty and its unattainable reconstruction. The rarefied atmosphere of Iacopo Pesenti’s paintings carves out a further space for the dialectic between vital expression and mental idealization. Thus open the door to an indecipherable elsewhere, where clear forms try to emerge from a curtain of magical restlessness and inner tensions.

Telling a dream to Marco Polo, Kublai Kan describes Lalange, a city that has been rewarded by the Moon with the possibility of growing “lightly”. Between one page and another, the Venetian explorer travels the Empire to draw up the Atlas of the promised and forgotten lands. Likewise Philipe J. Fry, escaped from the amusement park, runs on the lunar surface, chasing the memory of his childhood aspirations.

This is a historical moment when even science fiction gives in to the urgencies of the current crises. However, leaving Dimora Artica we are aware that we have made a journey into lightness. In September the curators had expressed their desire to focus on young people to develop initiatives aimed at the future. Today they confirm this intention in practice, also allowing us to answer our initial question. Whether it’s space, nature or digital frontiers, there will always be territories to explore. It is the task of artists and poets to go ahead and draw interstellar maps that show us the way to new horizons and languages. 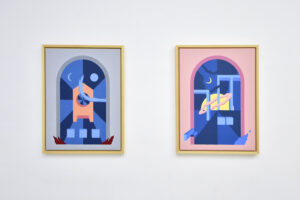 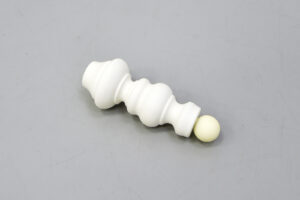 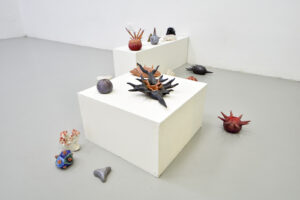 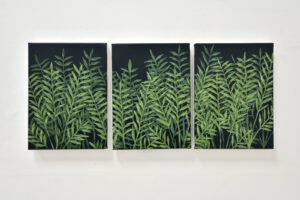 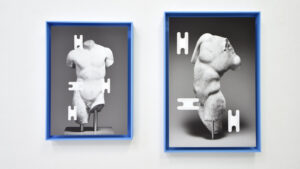 Nicola Gobbetto, You can fix it if it’s broken, but you can still see the crack (Male Torso) & (Young Satyr), prints on satin photographic paper mounted on aluminum, 2020 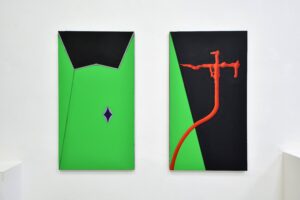 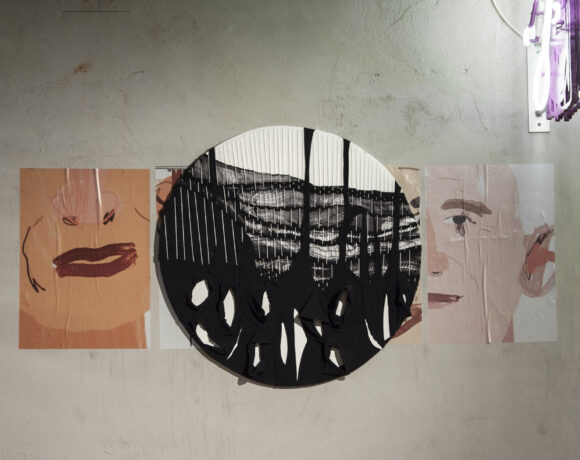 In conversation with Giulia Nelli, winner of the 2022 Cramum Prize 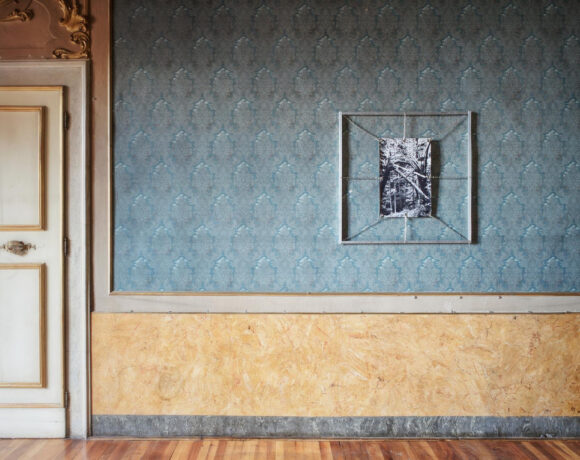 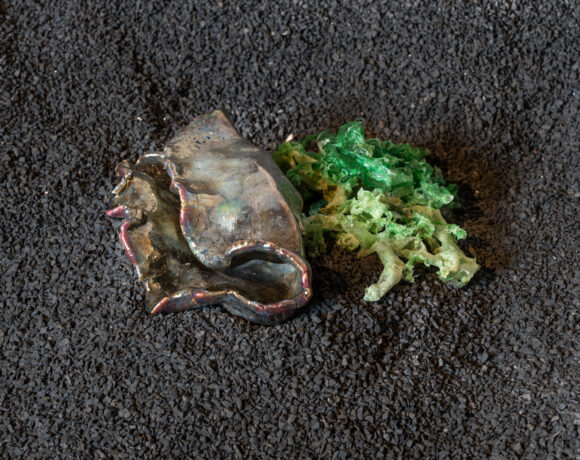