In physics, the Heisenberg uncertainty principle, the foundation of quantum mechanics, explains how it is impossible to determine precisely an observable quantity without altering the value of other neighboring quantities: the more one learns the position of a particle, the more inaccurate the simultaneous determination of its momentum will be. In the humanistic and philosophical field, this intuition has been applied to a congenital lack of precision or decision, detectable in terms of concepts or judgments, which generates an uncertain existential condition and a liquid identity, both typical features of our contemporaneity. In the era of the multiplication of digital images, everything appears more evanescent: memories become blurred and confused with a myriad of virtual visual solicitations that undermine our impressions, the continuous and rapid global change tears cultural roots, the concept of reality itself becomes increasingly blurred, and our place in the world is only a temporary aggregation of randomness. If the transition appears as a generalized and incontrovertible status quo, it is increasingly difficult to recognize oneself in a role, in an environment or a relationship, and our lives dissolve into a multiform explosion of solicitations that are deposited in our consciences as fragmentary and indistinct images.

The disorientation of contemporary man is at the center of the painting of Mandana Kasraei (1974, Borujerd, Iran), an Iranian painter selected in 2012 for the sixth edition of the Fadjr International Festival of Visual Arts, whose works have been exhibited in numerous collective and personal exhibitions. Particularly significant in this sense is the series of paintings entitled 11 nights in Rig-e Jenn, which emerged as a shock during her study about the vast area of ​​dunes and salt marshes, otherwise known as “the Bermuda triangle of Iran”, located in the heart of Dasht-e Kavir, the central desert in the border region between the provinces of Semnan and Isfahan. The Rig-e Jennis one of the most challenging places to travel in the world, avoided by the ancient travelers who believed it was a place inhabited by evil spirits: it is in the middle of nowhere, and the only way to access it is to cross rough terrain without roads and phone coverage. Fascinated by the abstract geometries of this extreme landscape, incessantly remodeled by the wind that erases all points of reference, the artist reworks the visual suggestions as a tangible metaphor for the sense of extraneousness that pervades human beings about their lives.

The feeling of being suspended in a heterogeneous place and in an indeterminate time, the opposite of the “here and now” to which is usually associated existential fullness derives from an indefinable sense of loss of one’s centrality and from the impossibility of recognizing oneself in it what you do or who you are. To restore this feeling on the canvas, Mandana Kasraei paints images of dunes from which sharp, barely sketched rocks emerge against dense, repelling skies. The landscape, approximate and inhospitable as the desert that it synthesizes, functions as a theatrical backdrop in front of which groups of characters appear artificially stuck in static poses as if their movement had been frozen in a sort of mental Polaroid that places them in a hybrid psychic space between faded memory and invention. Even their existence, in fact, partially denied by spatulae of color that erode the contours of each figure, making it uncertain and trembling, appears as undecided as the background that emphasizes the incongruity of their gestures with the context that hosts them.

This visual paradox mirrors the sharply perceived conflict between the people around her and their social positions and translates the result in gloss into a painting ambiguously aligned to the border between realism and abstraction. Portraits appear to be worn as an old photograph in which the imperceptible work of time and light has autonomously reworked the image progressively moving it away from its real referent to project it into the shady realm of vision and memory. This indeterminacy is particularly evident in the pseudo-portraits of women that complete the series: even if formally framed at close range, they appear weakened and vague as if the color had been removed by a slow natural corrosion and the skin of the painting had remained exposed to the sun and wind of the desert becoming sand itself crossed by waves and inlets. It is almost impossible to distinguish the features of the subjects depicted. Still, it is precisely this intrinsic uncertainty that makes them pure and defenseless, armless against the harshness of life.

Some paintings depict scenes of everyday life in newly sketched contemporary settings. Still, even here, despite the apparent congruity of background with the actions of portrayed characters, the atmosphere appears suspended and impenetrable, as if the image had absorbed, once again, the immense mystery of the Rig-e Jenn leaks from the cracks in the pictorial layer expanding to the surface. The human silhouettes, overwhelmed by its inscrutable strength, appear evanescent and disorientated like the spectator who suddenly understands to be one of them and finds himself looking from the outside at the lability of his usual occupations. Mandana Kasraei’s painting expresses the awareness that the human being is a grain of sand dispersed in the solitude of the desert, but (and here is its power) this vision does not want to generate recriminations or regrets, but the confident expectation that the wind can fly into new horizons where we can freely recompose our fragmented self. 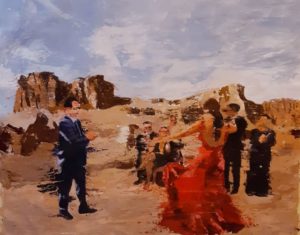 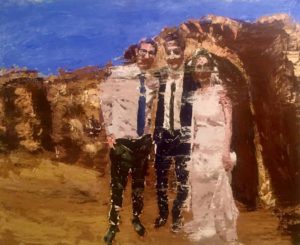 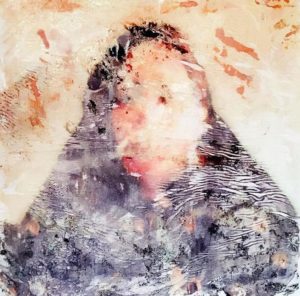 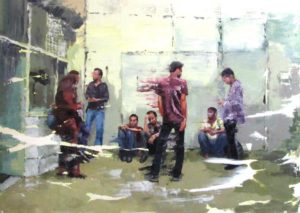 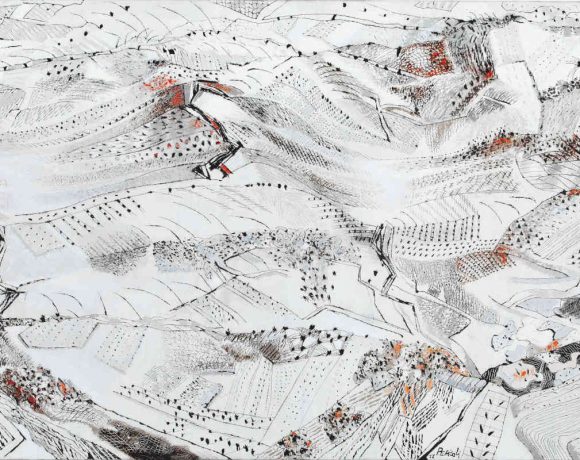 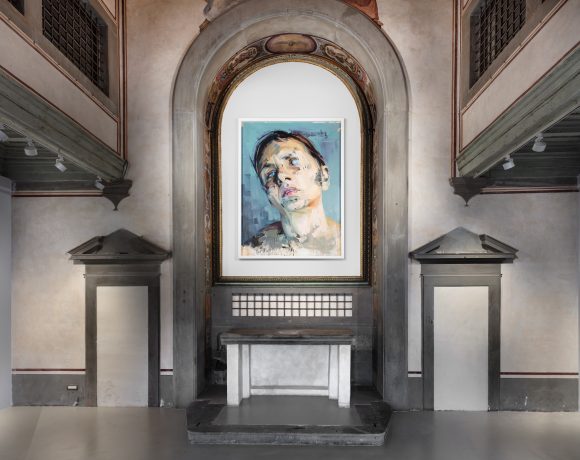 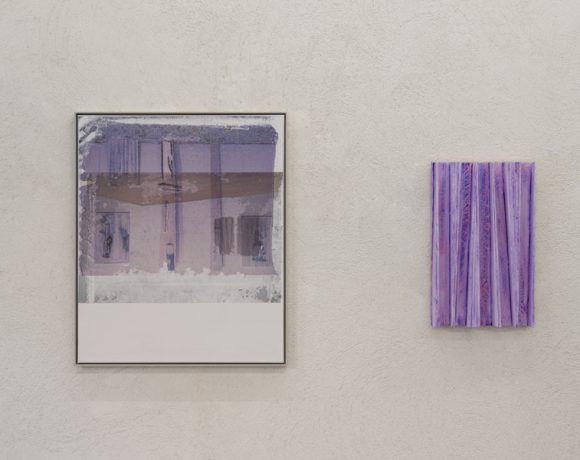