The first ideal place for Manifesta 12 -The Planetary Garden / Cultivating Coexistence-, the European Nomad Biennial which will bring contemporary art to every corner of Palermo until the beginning of November, is the Botanical Garden, born to cultivate, study , experiment, mix and collect different species.

Here the works perfectly dialogue with the context as in the case of the video by Zheng Bo Pteridophilia in which we see young people in the Taiwanese forest that establish a relationship so intimate with nature, they feel the scent, the fragrance, the softness that make love with the plants themselves.

But even the historic buildings offer striking backgrounds with their frescoes, the slashed ceilings, the fundamental works of art history such as stucco theaters by Giacomo Serpotta in the Oratory of San Lorenzo with the work of Nora Turato.

The works of the artists are largely concerned with the problem of migration. Great prevalence of videos. In some people talk a lot, in others, see Cristina Lucas‘s Unendig Lightning at the Casa del Mutilato, the images of the thousands of bombings on the world map are enough and the images of their consequences to nail the spectator to the projection. And many works with different techniques. With different approaches.

At Palazzo Butera, on wallpaper, the Fallen Fruit collective illustrates, with bright colors, Theater with the Sun, the fruits from many parts of the world with the attached Public Fruit Map of Palermo.

And always at Palazzo Butera Maria Theresa Alves presents a composition of tiles that show the image of a garden with Brazilian parrots, prickly pears, Jacaranda trees, symbols of freedom of movement of seeds and animals also in Palermo with a proposal of syncretism (this time without genocide).

At Palazzo Ajutamicristo Filippo Minelli in Action Across the Border (2010) asked people from countries that deal with the problem of migration to sew and freely interpret 30 flags.

Chimirenga, magazine and platform for the development of editorial activities, a project founded in 2002 in Cape Town, is installed near the Teatro Verdi and works on the next special issue by relating to the bystanders.

At the Forcella de Seta Palace Patricia Kaersenhout with The Soul of Salt presents a mountain of salt, referring to the legend that African slaves did not eat salt to be light enough to fly back to Africa. Those who want can take away a handful of salt to dissolve salt and pain in the water.

To the beautiful Church of S. Maria dello Spasimo, without roof, for which entering it is thought to a bombing, while we inform that it has never been finished, the English collective Cooking Sections prepares an installation of bricks that protect in a natural way the growth of fruit plants.

At Palazzo Costantino, the Masbedo place Videomobile, an old van that after having traveled through the places of cinema in Sicily becomes an installation with monitors and screens for an audience very interested in the event and the State Archives a celebrated video Protocol no. 90/6 with a child symbol of the artist inspired by De Seta. (fig 8a)

Marinella Senatore organizes, from the church of the SS. Euno and Giuliano, a procession to involve the population inviting everyone to meet and interact, amateurs and professionals. Palermo Procession, is an urban performance and a multimedia installation with a lot of music band, majorettes of Capaci, the children of the district Ballarò and banners.

At the Teatro Massimo Bintou Were, in Sahel Opera, made in Africa and sung, danced, shouted and lived by African artists tells of young people who want to try, with the help of a Smuggler (a contraband player) to cross the border between North Africa and Melilla, Spain.

Among the Collateral Events, always at the Teatro Massimo, the Russian collective AES + F with Mare Mediterraneum, ironically tackles the problem with compositions of porcelain figurines in rococo style dear to the bourgeois classes of not so long ago in which youngsters of the good bourgeoisie they welcome boys and girls with black skin on their boats. A dramatic theme treated with the nonchalance typical of the unaware.

The archival research work of Eva Frapiccini is perfectly integrated in the splendid municipal archive “the thought that does not become an action poisons the soul” by Connecting Cultures and Isole. “Designed in 2014, as part of an exhibition project on the theme of legality, at the Court of Palermo, the work of Frapiccini continues today with a second residence in the Sicilian capital to complete its investigation into the victims and the protagonists of the mafia wars “.

And again, at Zisa two important events: at the ZAC Zona Arti Contemporanee the exhibition Resignifications with about one hundred and fifty works by forty-four international contemporary artists, photographs, sculptures, paintings and videos and six ancient works of art, polychrome sculptures depicting Moors, from the collection Acton of Villa La Pietra in Florence.

And at the International Center of Photography directed by Letizia Battaglia the artists of Alterazioni Video present Incompiuto: The birth of a Style, photographic Atlas of the unfinished works together with the collective of research and architectural design Fosbury Architetture.

But the places and the events are so many, infinite that it would be a very long list. It is certainly worth visiting Palermo in recent months both for the historic canonical places that for all the buildings, churches, works open for the occasion. 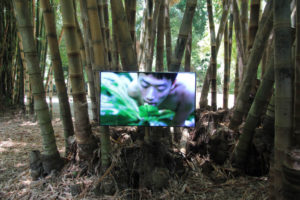 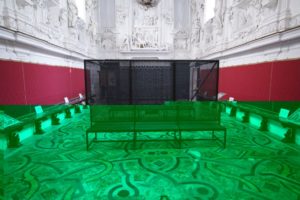 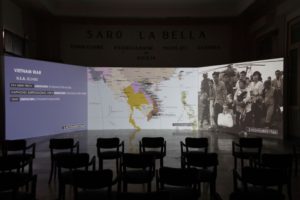 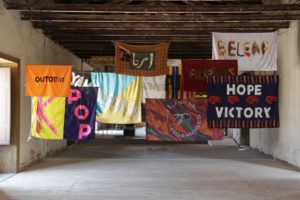 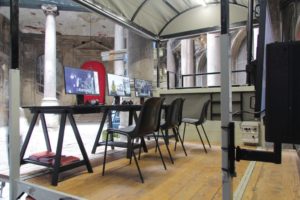 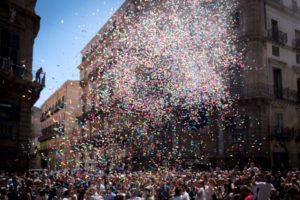 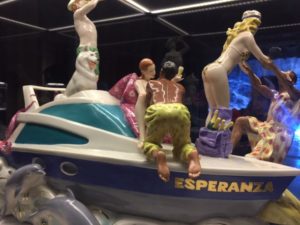