MATARES is a 90-minute film shot in 2019, written and directed by Rachid Benhadj, starring Dorian Yohoo (Mona), Anis Salhi (Said), Hacene Kerkache. (Djaffar), Kobe Alix Hermann (Cedric), Rebecca Yohoo (Mona’s mother ). It is produced by Nour Film (Algeria) and Laser Film (Italy), distributed by 30 Holding, with soundtrack by Said Bouchelouche, sung voice by Tetty Tezano and director of photography Karim Benhadj. Mona is an 8-year-old Ivorian girl, who fled her home country to settle with her mother in Tipasa, an Algerian coastal city founded by the Phoenicians, later conquered by the Romans, whose suggestive cemetery ruins “Matares” survive. Mona is forced by the smuggler Cedric to sell flowers to tourists to gather the money necessary for the crossing of the Mediterranean so as to embrace the father who lives in Italy. In the same area Said, a 10-year-old Algerian child employed by Djaffar, sells flowers to tourists. The collision between the two is inevitable, the initial clash soon turns into a tender meeting, where the pure feeling of friendship triumphs over business matters, the different religious matrices – Catholic she and Muslim him – and racial. Mona expresses herself through monologues, dialogues and thoughts, the story of Adam of the Genesis of the Old Testament opens the film narrative.

The first human being who fell in history because of original sin was actually a black-skinned African who, in the tragedy of worldliness made of fatigue and pain «… did not understand why people called him dirty black and why he hated his Black skin. He had a great desire to shout to everyone that the first men were black like him, but to avoid other problems, he preferred to keep this truth to himself. In order not to understand the insults that screamed at him, Adam refused to learn other languages. However, even when he was forced to speak the local language, nobody listened to him. The more time passed, the more sad and lonely he felt.” And it is a black skin that with the secular development of humanity becomes white, a sort of fading of the essential features of the human being takes place in line with the progressive transparency of contemporary society, in the grip of new technologies, to the lucid madness of the “like / don’t like” in which every opacity is banished, and in which the color ceases to exist, even in the memory, triggering incomprehensible racial antinomies. The fixation of every desire in things and in the fulfillment of ephemeral non-primary earthly needs becomes the rudder of every human action, a deception that discolours everything, even the skin, and above all the memory of the common ancestral origin.

Benhadj addresses the racial question in absolutely original terms, it is not only necessary to accept the other who has a different pigmentation of the skin on the basis of socio-anthropological considerations devoted to peace between peoples and peaceful coexistence on the planet, but it is necessary to recognize him as a brother, as a human being part of the mosaic of humanity, which has the same origin and an equal destiny, with an alpha and an omega sanctioned by the time in which man fell due to original sin and with a quid that is external to any spatial and temporal dimension whose eternity is realized only through unconditional adherence to the Transcendent. This adhesion is chosen by man in every action, in every moment of his existence, deciding whether or not to notice the racial differences, as well as any other difference, which in the end exist only in his imaginary son of misleading sensitive experiences, in the tunnel of worldly winks that too often he cannot identify.

Another topic is interreligious dialogue: Mona is Catholic and Said is Muslim, she speaks with Jesus, he is identified only by ethnicity, narrative reconstruction, does not perform any rituals, is an element of a socio-cultural system that identifies him as such, a sort of metonymy takes place that takes as its basis places, speeches, objects, a book on the Koran delivered to her by Cedric to sell better, bringing out the Algerian Child’s Creed a contrariis, from the intimate violence done to her. On the other hand, the declaration Nostra aetate (1965) of Vatican Council II is clear. At the origin of the dialogue between religions is the duty to promote unity and charity among humanity, because the various peoples constitute one community, having the same origin and as the ultimate goal of God. The Catholic Church “considers with sincere respect for those ways of acting and living, those precepts and those doctrines which, although in many points they differ from what it believes and proposes, nevertheless not rarely reflect a ray of that truth that illuminates all men”. The Catholic Church considers “with esteem Muslims who worship the only God, living and subsisting, merciful and omnipotent, creator of heaven and earth, who spoke to men. They try to submit wholeheartedly to the decrees of God even hidden, as Abraham also submitted to it, to which the Islamic faith willingly refers. Although they do not recognize Jesus as God, they still worship him as a prophet; they honor her virgin mother, Mary, and sometimes even invoke her with devotion. They also await the day of judgment, when God will reward all resurrected men. In the same way, they hold the moral life in esteem and worship God, above all with prayer, almsgiving and fasting». A seed, this, of the Catholic Doctrine that becomes harbinger of other no less important “revelations”, including the encyclical Redemptor hominis (1979) of John Paul II in which the great Saint says that the Spirit of truth works in every firm belief of followers of non-Christian religions (cf. n. 6) and that the Spirit blows wherever he wants (cf. n. 12).

Benhadj unites Mona and Said with a brotherly love that emerges spontaneously and quickly shakes off all earthly prejudices such as the color of the skin, the religious faith, the ethnic-geographical origin, the sexual gender, etc., confirming the words of the great Pope in the wake of the evangelist John “The Spirit as the wind blows wherever he wishes” (Jn 3, 8), thus sanctioning the necessary abandonment to the divine call hic et nunc so that man finds the way of Truth. In the film there are some twists and turns, only hinted at by Benhadj, which never contradicts his style made of discreet looks, of wonderful naturalistic scenarios, of human beauty investigated with modesty, with “fear and tremor”, using the words of the Danish philosopher Søren Kierkegaard. Said steals the money from Djaffar, who punishes him, Mona stabs Djaffar to defend Said from violent aggression, Algerian children chase Mona giving her “dirty nigger”, Mona, hired by Djaffar, is induced to a prostitution encounter. All human miseries that, however, are unable to “pierce the video” as the spirituality and emotional intimacy that guide the film narration never diminish, and in this the magnificent photography of Karim Benhadj, son of the director, plays a fundamental role, who well understands the teachings of Vittorio Storaro, of which he is a virtuous pupil. At the end of the vision the viewer almost forgets the question of illegal immigrants, he probably wants to tenderly embrace a member of his family or a close friend, as the film ignites the desire to love his neighbor and the world, the only way to break down divisions and human sadness.

MATARES will be screened online worldwide on June 15, 2020. 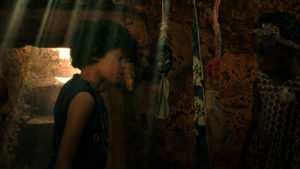 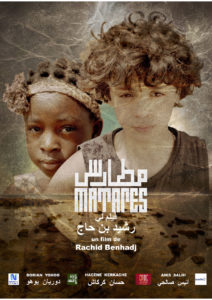 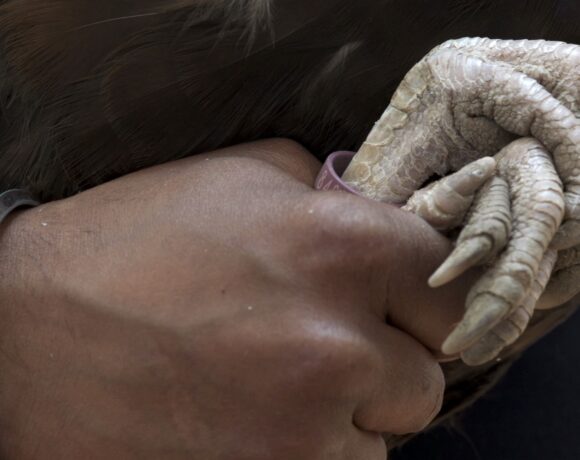 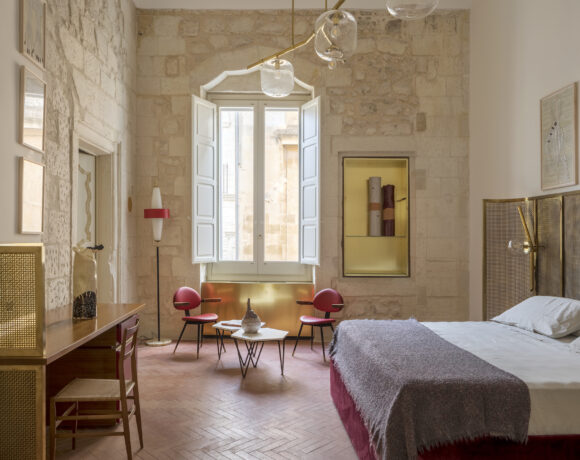