The vision through by Flavia A..

Slovenia is a small country of about two million inhabitants, yet it has a very rooted and widespread cultural activity. Beyond the capital (Ljubljana) which is also renewing its cultural offer (for example MG + MSUM are competitive spaces at European level), there are micro realities, such as the coastal galleries in Capodistria and Pirano and the Mestna Galerija Nova Gorica, there are private companies that have recently opened, such as the Matjaž Bažato space in Ljubljana. And there are also small towns such as Murska Sobota (made up of about 11,200 souls) where not only there is a state museum dedicated to contemporary art, but also a small private gallery (the Robin) operates and also a very good painter, Mirko Rajnar, lives there. We met the author in his small studio, a few steps from the city center, to talk about his work.

Roberto Vidali: Tell me something about your youth, your beginnings, your schooling.
Mirko Rajnar: Ever since I can remember, I always liked to draw. I inherited my love for art from my father and I passed it on to my daughter. The decision where to continue my education after primary school was not difficult. After passing the entrance exams, I proceeded with my education first at the Secondary School of Design in Ljubljana, then at the Pedagogical Academy in Maribor and then at the Academy of Fine Arts in Ljubljana. Already in high school, in addition to the obligations imposed on me by the course, I used to copy paintings by the old masters from Renaissance and Baroque periods, and a little later by Corot and the Impressionists. This experience came in very handy in my later work.

Among the artists who are now history, is there anyone from whom you have found food for thought or inspiration?
I was inspired by the old masters, among whom I was most attracted to the style of Velázquez, Rembrandt, Vermeer and some of the masters of the Italian Renaissance and Baroque. From the old masters I was always interested in the way they solved a particular painting problem, but less in the semantic side of the painting. Nowadays, I usually find inspiration for my paintings in nature, or rather in my immediate surroundings, which I translate into metaphor through the artistic transformation, but the traces of the experience gained in nature are still present. I think it is important to know what to paint from the beginning and to have, at least, a hunch of what one’s wants the end result to be. The fact that I painted a lot of nature is certainly due to the fact that I was also inspired by the Impressionists. In this way, of course, I escaped the cramped confines of a small studio.

Can you describe your artistic world in a few words?
The art critics who follow my work generally note that my paintings, regardless of the size of the format, remain intimate confessions on the edge between the figurative and the abstract. Rather than building my own unique and distinctive style of painting, I start from an idea linked to a particular cycle, which I adapt pictorially according to the idea – the metaphor I want to realize. That is why in my cycles one can perceive figuration, landscapes, abstraction… So, I realize my paintings in the way that best suits the idea I want to follow. I see this as an advantage that allows me to move through many expressive possibilities. In each of the series I have created since 2000, the central formal issue of my painting is the treatment of light, which is also the central bearer of a certain message in the work, of course told in a metaphorical way. My style is characterized by trying to simplify the expression of painting as much as possible. I achieve this by constructing the painting with the simplest visual elements, such as points, lines and simple geometric shapes. Perhaps most of the people in the small town where I live do finds my painting incomprehensible and that is why the people who believe in my work are  the more precious to me.

And what about the artistic situation in Slovenia?
We are currently in a situation that is not favorable for art and culture in general, and this is true not only for Slovenia, but also for most of the rest of the world. Of course, it has to be said that the conditions for the visual arts in this country, even before, were far from the best. I am referring here primarily to the poor material conditions of most artists and the poorly functioning art market. The number of creators in the field of fine art, in my opinion, exceeds the number of potential buyers, and there is a lack of knowledge of fine art from the public. As a result, people do not recognize the value of art and, as far the understanding and perception of fine art is concerned, most people are still blocked in the Impressionists era. I believe that in other parts of the world it is not much different, except perhaps in that countries with a rich artistic tradition and a school system that has paid more attention to fine art and creativity in general from primary school onwards. On the other hand, since we became an independent country, higher education institutions, even private, have opened up, offering studies in various artistic and visual fields, often with the primary aim of employing professors – artists – and thus enabling them to make a more decent living. In short, there are far too many artists trained in one way or another, far too little interest in the market for their work, and even fewer authoritative galleries where they can present their work in a decent way.

Art project in progress?
In my work I have never set long-term plans. Inspiration has always found its way to me, sometimes in very unusual and surprising ways. I am currently working on a series of paintings with the meaningful title “Abu Rawash” and maybe a new series will come out of this. The Egyptian area of Abu Rawash is the place where the fourth largest pyramid in terms of size (after Cheope, Chefren, Micerino) was supposed to be located, but circumstances have almost completely wiped it off the face of the earth, robbing us, at least seemingly, of its gaze on eternity. However, even with such a bad thing, something good can remain as a consequence, for in this way we have a very graphic insight into the building of the pyramids. We can only wish that this time it will be the same and that, despite the bad things that are happening to us now, there will be some positive experience left. If nothing else, at least as a warning for the future. 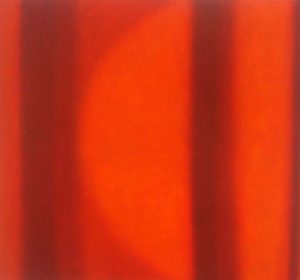 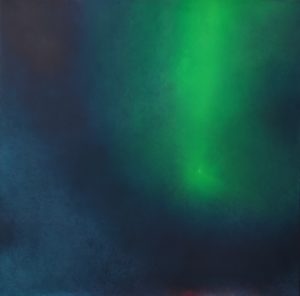 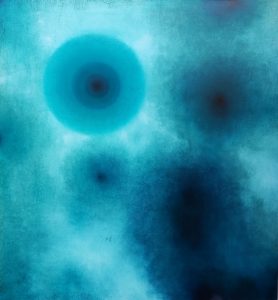 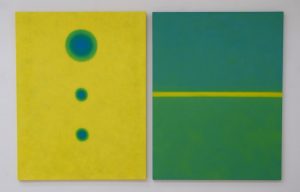