Engaging with visual paradigms, digging through formal conventions and into the social system, dissociating iconic synergies. Taking action on the surface and inside of it so that nothing remains untouched, nothing remains immune to time, until there is nothing left.

Nevertheless, in Silvia Argiolas’ work there is a passing trace on the articulation of signs that construct a primitive logos using images and memory. Painting matter, photographic fragment, but also object linked to the territorial context in where the artist operates on several projects. Even in everyday things, in their precise presence, it is necessary to emphasize the latent chaos residing in the memory of every local history. The slow and expressive poetic construction of Argiolas changes its form, intensifying dynamics through immediate and chromatic gestures.

All we have to do is walk ahead, wandering around, roaming inside the rooms of a house that constantly seems changing its orientation. A home that rather than welcoming, collects the most disparate elements, all connected by a vital in(di)visible thread. Then, there is space for the back of a postcard, for a ballpoint pen, for expressionism and archaic, for the density of the colour, for sensuality and for introspection. Each detail makes possible to establish a current narration, breathing and expanding on canvas.

A panic world, that one of Silvia, in which being is both a subject and a social gear, as the producer of a memory that reveals itself with elegant rush by generating unprecedented and unexpected visual short circuits.

A production of “iconograms”, formal lexemes, that build the aesthetic perception where the ego constantly affirm and constantly denies its authenticity. Thus, the intentions of the artistic process laid down through the chromatic active element affecting certainties, leading us into an expressionist lyricism that expands and protects mild visual sounds.

The dreamy and nostalgic component that the memory is made of, the existential poetics of things that happen, the union of polarities, desire, will, music, the actualization of symbolism that survives in gesture, shapes and smells, the tragic reciprocity, the spirit of matter and the unpredictability of the visible. A multitude of concepts and most of all real, causal and emotive events seems to charge of meaning the artist’s painting. This omnipresence of images becomes reflection, a perfect investigation into the imperfection of things among which being exists and acts.

Epiphanies of hidden places, transfigurations of instinctive signs, emotional redemptions, anthropomorphic figures, elements of the landscape, take shape within the compositions, as indeterminate perceptions in progress on canvas and on paper waiting to be awakened.

“You can’t make an omelet without breaking some eggs” at Microba Art Gallery in Bari, “Ti amo dal profondo del mio odio” at Richter Fine Art Gallery in Rome, and “Als ich begriff, dass ich sterblich bin” at Galerie Rompone in Koln, are the last solo shows which presented the poetic of the artist to the public.

We perfectly know that image is everywhere in current society. We hear, we see. Thus, its organization is event, process, aesthetic and perceptual construction, in where freedom lies in action-decision capable of manifesting the idea by connecting the ego to the social root through customs, rituals and prayers. Vibrant expressive freedom, absorption of the world, genesis of a form that serves no other purpose than to remember.

The work of Silvia Argiolas ensures that the paradigm of essential signs is not forgotten, and that restlessness can keep generating traces of a passage. Ours. From hidden chaos to the things that happen. 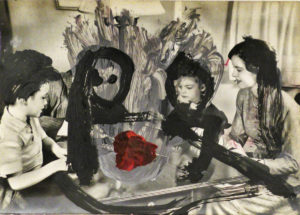 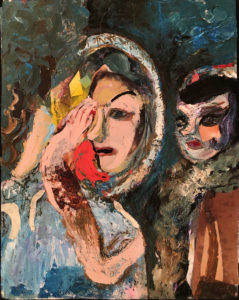 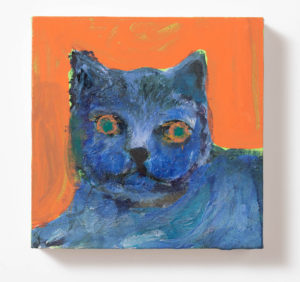