The interconnection between ar..

Interview with Nicola Bertoglio, iPhoneographer, who will present the project “The QR-code exhibition: That Human Touch” at the Novegro Photo Day, within the section of iPhoneography he curated. The exhibition can be visited inside the Novegro Fair from 18th to 20th October 2019.

During the Novegro Photo Day 2019 you will be exhibiting 27 QR codes alongside your works. Would you like to explain the reason for this choice?
When I was asked to curate, for the second time a space dedicated to “iPhoneography” within the Novegro Photo Day Fair, I thinked to do something that would remain in my personal artistic research and, at the same time, it goes beyond, deep in the relationship between action and image.
I thought about the now-daily gesture of approaching a QR code with the phone and what may come out of it, for example with a picture posted on Instagram.
In our everyday life we ​​are used to see many images almost automatically, as if they were shot at us, but the act of “discovering” is something rare and precious for me.

How did you select the photos? Why did you choose to mix your works, even if only virtually, with those of others?
The images that  I choose, for my installation, are of daily humanity taken from the hashtag #photocircuito1, created by me and Giuseppe Giacobino in 2013 when I was collaborating with “Studio Raffaello Giolli” to collect the best art photography from Italian smartphones.
Among the 27 selected works there are a couple of mine to underline the deep link between Instagram world, where all my creations reside, and my intention to transpose all this into a physical dimension and with a very precise grammar that I built in time.

How was the hashtag #photocircuito1 shared to the public and to artists? How do you consider the results achieved based on your precise goal? Are you satisfied with the over 1,000 posts currently on Instagram?
When Giuseppe Giacobino and I decided to organize the first “iPhoneografia” exhibition in Milan, we thought of gathering works and artists using a hashtag that was complex and unusual enough to be used only from where it was known, for select only who  was really interested in our project.
Pictures began to arrive and we were able to create a group of artists who, over time, collaborated on several of our initiatives. I know some of them personally, others just for their works. Over time we decided to let the hashtag spread regardless of our original intent and I must note that it has never stopped collecting contributions.
For this installation I could select very interesting images!

Your works, differently those presented in QR code, will be printed on reflective Chromaluxe alluminium plates, accompanied by other QR codes that remand to video and audio. Will your work be the sum of the two mediums and their contents?
In the past I associated QR codes to some of my works because I liked the idea to ​​add other dimensions beyond the purely visual. Sounds, noises, moving images are intended to extend the meaning of what public gets by looking at my work.

You started your artistic research photographing with a smartphone. You continued printing on reflective square plates that, on one side, refers to the typical Instagram format and, on the other one, to the glossy effect of mobile phone. Some years ago you added QR codes, enriching the visual content of the works with sounds and noises, often reworked to form a kind of “sound carpet”. Now the choice to use QR codes in a dedicated installation pulled you one step further in use of technology. Don’t you fear that the technological gap can result cryptic and backward remove a certain band of public, distant from technology for age, for personal attitudes or both?
I don’t think there’s a limit for the desire to learn news and the beautyness that contemporaneity offers us, even if I expect that people will have a bit of difficulty to reveal images behind those codes. Maybe it will be easier, for the public, to photograph the entire installation rather than make an effort to understand what is hidden there. This installation can be considered as a sort of collective performance where, to access the pictures, you need to perform an action, a gesture and a choice.
But it can be seen also as a provocation, to denounce a certain desire of “automatism” to approach the world and the problems that surround us.
Art doesn’t have to be “easy”, it doesn’t have to tell everything to who approaches it, it doesn’t have to give answers like slogans. Art is meditation, silence, waitness, concentration and maybe then, revelation and wonder. Art belongs to everyone, but not necessarily for everyone. Art is a gift we allow ourselves to have in change other gifts, in the form of new questions.

You mentioned it before: one of your fears is that the QR code installation could  be seen and photographed for itself, as a pure work to be passively enjoyed, and not “activated” by spectators. Do you consider this possibility, a failure or a legitimate way for free use of your art by the viewer?
If none of them will try to discover the hidden images in the codes I would be certainly sorry, but I would not consider it a failure: only the demonstration that today people want easy and immediate answers. Anyway codes are, first of all, signs and forms regardless of their hidden “content”. So I can accept that they are considered works themselves. After all, the artist creates regardless of how his creations are used. Art remains an urgency that doesn’t necessarily need understanding, but only acceptance. 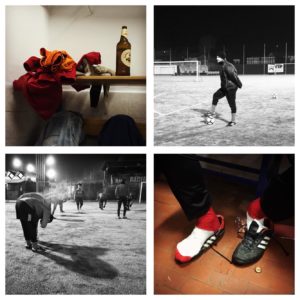 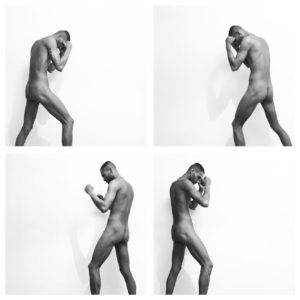 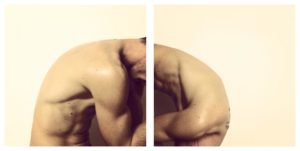