Art that digs up the oldest and most cruel horror of the human condition: the fear of death. Oliver de Sagazan deforms his body, starting with his face. He transforms himself into a paradoxical, hybrid, disturbing and perturbing being, using clay and painting: an authentic living work of art. He testifies the Freudian passage from a human, familiar and natural body to a disconcerting, unfamiliar and unknown body, which depersonalizes the subject, expropriating his identity. Performances such as Transfiguration or Hybridation confirm the artist’s aspiration to create an art that places human beings at the centre of their goals, who not only become aware of their own life but also reflect and question the totality of human existence. It is here that horror, fear and terror creeps in.

We interviewed Oliver de Sagazan: an opportunity to enter into his chilling universe.

I think that your body experiences a state of profound madness, of alienation due to the fact that you rediscover yourself and you return to the origins of existence. Isn’t that right, Oliver?
The Transfiguration performance was born from the desire to give life to my sculptures and that day, failing that, “I threw my body into the battle”, in other words, I covered my face with the materials I used to paint and sculpt: clay and paint, aiming to vitalize my body. After seeing the result through my camera, I realized that this act went well beyond my desire: it had revealed very intimate things about our underground identities and our uncanny weirdness.
Under the earth, I return to my darkness, I do not know where I am going and my hands are faster than my thoughts. At the same time, I work blindly and the images that I offer to vision escape my control. It is difficult to describe the state I am in. Precisely because it is a state that is partly out of control, partly outside my reflexive consciousness. Moreover, when the end of the performance characterized by the use of all my clay arrives, every time I get a feeling of anxiety and sadness: everything went too fast, it is already over, and I was not present enough or far enough away.
The madness that I express in my performance comes from this self-revelation: in every moment of our life, we are totally blinded by our survival conditions and the pursuit of pleasures that go in the direction of this guarantee. In brief, we live as mere genetic vectors and the art would finally be the object of a new vital impulse.

Could you go deeper into the concept of disfigurement in art?
Disfigurement is a trick to get my nervous system to take into consideration the strangeness of my human face. Habit or habituation, as they say in biology, produces a form of anaesthesia of the nervous system. The disfigurement has the function of awakening our brain. If you take some nerve fibre and excite it, you get a reaction or a possible action that is graphically well known. If you repeat the same excitement on that fibre many times, the possible action decreases in order to finally become nothing. This is what happens to us when facing life with habit, there is a banalization of daily life. This is how we need what Freud and Romain Rolland called Oceanic events, such as to lose a loved one or fall in love with someone, so that, suddenly, the fantastic aspect of our being is resurrected in the world. I think that some painters’ canvases can produce a similar perception when you see them for the first time, a feeling that remains forever in your brain. I remember for example that the screaming mouths of the popes painted by Francis Bacon marked me interminably, and that, in that circumstance, they produced a feeling of profound truth: “it is exactly like that, it is precisely this”. Something very profound about reality is revealed to you. The disfigurement in art has the function of creating this electroshock in the brain to get us out of our torpor.

What models inspire your art? Can you refer to a text and explain why?
Primitive art, Rembrandt, Francis Bacon, Samuel Beckett with The Unnamable. The latter turned out to be an indispensable tool in my research to interrogate our uncanny weirdness with words. I do not know of any other text that is deeper and more poetic able to suggest that I am another. The energy used in this text, to try to understand the unnamable who lives in us, is the same that I feel in my work when I am about to imagine a performance like Lenfermoi that is strongly inspired by it. All my work in Transfiguration is to understand this unnamable that is also a “no-representable”, the organic chaos or the “Head of flesh” that is drawn on my face is the testimony.

What does the human being represent for you?
The human being is undoubtedly the greatest opportunity for the living to access some form of self and world consciousness.

In your experience, how can we understand the other side of the coin of the human condition? That is to say the most terrifying, death.
We must do with death what the judokas do against a very powerful attack, use the energy of the attacker to drop him. For example, considering death as not only what puts an end to life, but also as what gives life its brilliance and its singularity. What sense would life have if it became eternal: it would probably be a very repetitive obligation. This is the true meaning of “this living death” of which Antonin Artaud spoke. Here is the other, “Death will know nothing”.

Do you think your art is subversive?
Like every artist, I try to get out of this collective hallucination in which we live and that makes us believe that everything is normal in this world, while, in reality, the World and our presence represent incredibly, at the same time, strange, disturbing and magnificent things.

Can you talk to us about your next performance Ainsi soi Moi? What is the message you want to convey?
Persevering in one’s own being is what each of us tries to do, at all times, as if it were a necessity only to survive: “I must resist, do not let me go, continue forever”. This dictation that life imposes on the living makes each of us a genetic vector at the service of our DNA. This ambiguity of the “I is another” and this tenacity, despite the total absurdity of our existence to persist more and more, are the elements of our existence that I would like to investigate and highlight with the help of five dancers. I remain a painter and a sculptor, but my material consists of these puppets made of flesh that I use to generate living pictures. 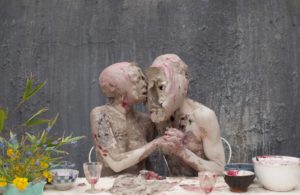 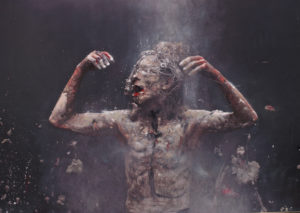 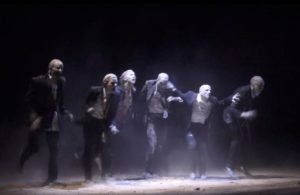 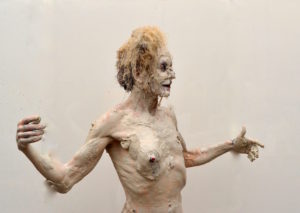 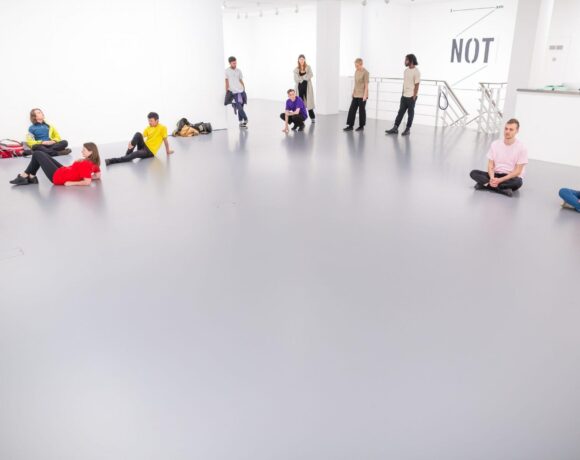 Danser Brut: dance and movement, between enigma and self-control 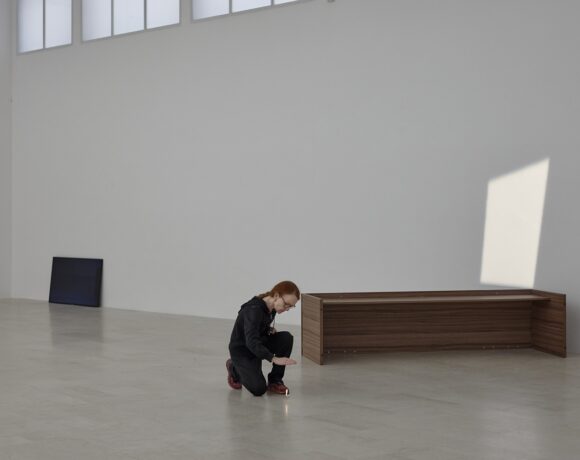