On museum magnetism, engagement and contemporary a...

My home country of Italy, also known as a museum goer’s Mecca, looks after thousands of museums and sites of historical relevance. When it comes to how it does it, a huge set of norms and regulations allow our museums to operate (or, at best, survive). Most museums have little to no independence and are directly managed by the government (=MIBACT), thus influencing the way everything, from art exhibitions to cultural programming, is organized (or not).

Most museums in the United States are magnetic. When I was there from 2012 to 2016 I couldn’t get enough of them. They often offered plenty of activities for everyone and I could spend an entire day between their galleries, libraries, cafés, terraces and gardens. In the U.S., when it comes to museums, I believe one would rather pay a higher admission fee for a show that is well presented and well marketed than spend less on something mediocre. (I wish this principle was applicable in my country, too!) In Italy, instead, many museums don’t even have a cafeteria…

For instance, I visited several modern and contemporary art museums while in San Francisco, such as SFMOMA, and especially after the recent remake the museum is wonderfully organized in different floors with gardens, multiple cafés and dining areas, offering different educational activities all day long. People are not left wondering and museum signage is clear. Even smaller arts institutions like the Yerba Buena Center for the Arts would not stop surprising me, with its art nights and special events.

Recently, instead, I attended the opening of a new contemporary art museum in Rome, the MUSJA, and I realized how much work still needs to be done in terms of organization and setting. Although communication was done well, seen the amount of people who attended, we were all amassed outside and left waiting before they let us in after 30 minutes. I understand it’s the opening and they want to let in a few people at a time, but they could have put a limit to the number of people who attended or even create different time slots. Maybe a marketing move to get attention from neighbours and the people walking by?

Same thing for modern and contemporary art « paradise » Fondazione Prada in Milan. Great art, buildings and names this time, all with a lot of charisma and potential, but inattentive staff and lack of information all around left me unsatisfied and wondering where the the next big thing was.

(The two organizations just mentioned above are private. Can you imagine what happens in public arts institutions? Nothing…)

We all know that marketing works magically when you’re trying to get people through the doors as you’re really presenting your museum to a specific (possibly wide) group of people. And while in the U.S. most museums are independent from the government and are able to raise funds for their own activities, in my home country such independence is utopia and makes our museums poor and, for the most part, unhealthy.

There’s little motivation to try new things, fail, do better. Our museums are shy temples of beauty, and in order to thrive, stay relevant and live to serve the public they must take risks. As my country is mostly know for its historical treasures and just recently started being more willing to embrace  modern and contemporary art, there’s still a lot to be done in terms of promotion and social relevance.

Just recently I witnessed a debate on engagement on Twitter. What is “engagement” and why is it worth spending time on when it comes to the museum field?

As @artlust puts it in her recent blog, “Experience and engagement are a bit linked. A good experience is usually engaging. Engaging is a word that overlaps welcoming, interesting, surprising, and audience-appropriate. Engaging and experience are absolutely in the eye of the beholder if you will. Death metal will not be engaging to me even if performed in the loveliest place on the planet by the loveliest people with the greatest visitor experience strategies. We all have things that no effort will sell. So, engagement is about connecting some people.”

And how do we make sure we engage the public? By staying magnetic. Museum magnetism will keep museums afloat. It’s the ability to capture people’s attention through charisma and personality and by bringing to their eyes the wide art spectrum, from ancient to modern to contemporary. But it’s also the skill of making bold statements, taking relevant positions, being un-neutral. (Good luck with that.) 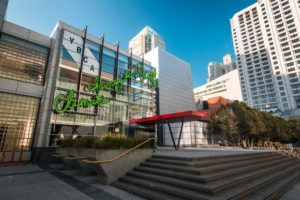 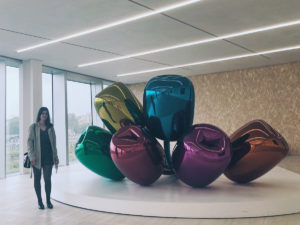 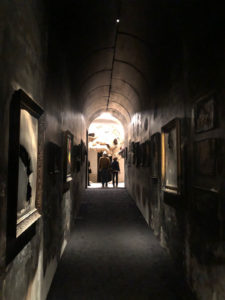