From 15 July 2020 the new E (ART) H OFF project will take off in Castiglione Dei Pepoli in the province of Bologna by Federica Fiumelli of Officina 15. The first site-specific exhibition project designed for the “Sala della terra” part of the Paolo Guidotti Culture Center – is by the artist Oreste Baccolini – “Schegge di clouds / Splinters of clouds”. The project was born as a further development of the existing #artOFF which focuses on contemporary art in a dialogue with the community and the territory of the Apennines. #artOFF is in fact an artistic promotion project born within the Officina 15 cultural association which aims to bring the community and the territory of the Apennines closer to and raise awareness of contemporary art and the enjoyment of the works. For three years, the #artOFF project has been inviting monthly – bi-monthly artists of different generations to exhibit at the spaces of the Association. Given the importance of the “Sala della Terra”, we want to expand the project by inviting with the same cadence indicated above one artist at a time with a specific work to dialogue with the room.This thus becomes an opportunity to re-read the important heritage of the room by putting it in dialogue with a complex language such as that of contemporary art.

The new project E (ART) H OFF – already contains the double nature in its name: earth – soil – soil and art. OFF wants to indicate the location in the Apennine territory “distant” and “different” from city centers. Behind the evocative name “Sala della Terra” there is an exceptional exhibition that traces the history of the distant geological eras and takes us back to the origins of the Bolognese Apennines. The materials that visitors can admire come from a passionate local researcher, Ultimo Bazzani, who has donated to the Municipality of Castiglione over two thousand mineralogical and paleontological finds (fossils) collected in over thirty years of research in the area between Castiglione dei Pepoli, Camugnano and Grizzana Morandi. The fossils have been studied and classified at the University of Bologna by a group coordinated by Professor Gian Battista Vai, director of the Geological Museum “G. Capellini “. There are four sections, highlighted according to geological and geographical criteria. Only one finding belongs to the fauna of the Argille Scagliose, Argilliti in Palombini, Anahoplites sp. which represents an exceptional find for the Northern Apennines, unique as regards the Bolognese. It is a small Ammonite, in excellent condition. Other finds belong to the limestones in Lucina: some specimens are particularly attractive due to the presence of crystals inside the bivalves. The fauna of the Bismantova Formation refers to the greatest number of finds: on the one hand often well-preserved invertebrates, on the other a considerable quantity of fish remains and in particular shark teeth (over 800), which allows to attempt a reconstruction both of the appearance of the bottom and of the water column above. To the plants of the Cervarola Formation belong very few finds all found in Bacino del Brasimone. These fossil remains, like Ammonite, also play an important role within the collection due to their peculiarity and rarity.

In addition to the study on materials, four thematic itineraries have been identified that wind along the Bolognese Apennines and retrace the sites from which the exposed fossils come. In this way, we wanted to create a precise and evident link between the territory and the museum that represents it. The exhibition is very suggestive, curated by Ecosistema and Arklab: the room looks like a dimly-lit room (the walls are painted in a dark color), in which the fossils and the panels that illustrate and contextualize them are illuminated with concentrated light beams , which isolate them from the context. At the center of the environment, a special structure, which repeats the shapes of the fossil, houses the Anahoplites display case, which thus also physically finds itself in the center of the room and exhibition. The contribution of the Suviana and Brasimone Lakes Park was also decisive for the construction of the “Sala della Terra”, thanks to which the furnishings and information panels were created. In this way, the Hall has become one of the Park’s visitor centers, where complementary themes are developed to those of the other three (Camugnano, Suviana and Poranceto).

The first site-specific intervention that will be hosted in the “Sala della terra” – “Schegge di clouds / Splinters of clouds” confirms the commemorative poetic action of the artist Oreste Baccolini. During some walks along the ridges of the Grizzana Morandi mountains, the artist found fragments of bombs and subsequently made them chrome silver. The chromium plating of metals in addition to having a protective function is able to significantly increase the resistance of surfaces to general corrosion and wear over time, making them ethereal, and extraneous once again to the original context. From a war use to a metaphorical, poetic use – splinters become fragments of a perceptible, but above all shareable, human fragility. They are found, stripped, reread and made free. Almost “Pasolinian” interrogate us with ferocity and poetry.The artist recounts: “The mountains of the Tuscan-Emilian Apennines, seventy years after the end of the Second World War, are still scattered with ferrous finds deriving from the fragmentation of devices of different nature, in particular cannon shells and aerial bombs, that were blown up or dropped from the sky. From the sky they came, taking cloud shapes. ” To introduce the public more towards this intervention, on the IG profile of Officina 15 other works dedicated to the history that the artist Oreste Baccolini has brought in the Apennine territory in various exhibitions – such as “Daddy come back”, are told. “La Vergato Liberata”, “Less is more” – between historical memory and media transversality.

WHERE IS IT:
Hall of the Earth, Paolo Guidotti Culture Center
Via Aldo Moro, 32
40035 Castiglione dei Pepoli (BO)

By train: For those who want to reach Castiglione dei Pepoli by train you need to get off at the San Benedetto Val di Sambro station on the Direct Bologna-Florence railway line and then continue by bus for 16km on the SP 325 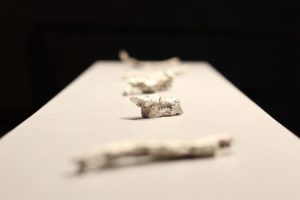 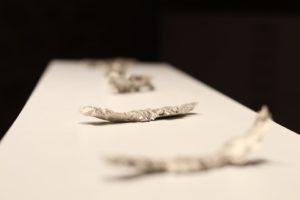 For all the images: Oreste Baccolini, Splinters Of Clouds, 2020 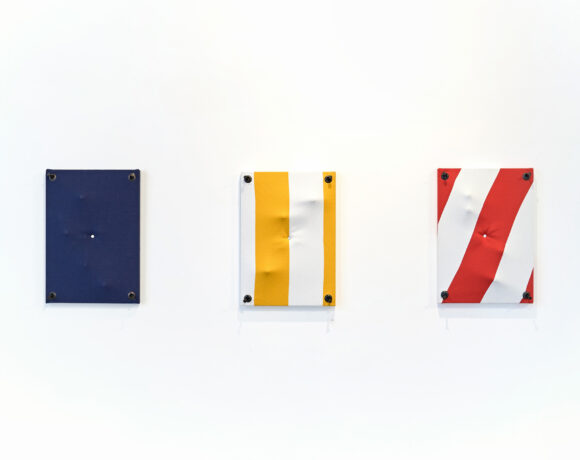 Collect, rework, return. In “From a common past” 11 international artists transform the traumatic events of recent history into a collective narrative 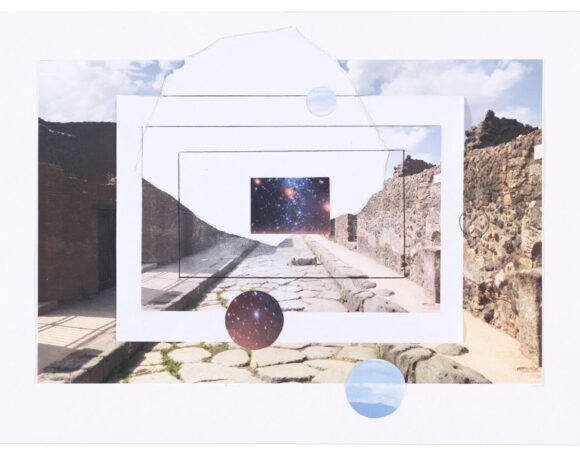 Resources from the past for a better present. The Pompeii Commitments project for heritage management dedicated to the territory 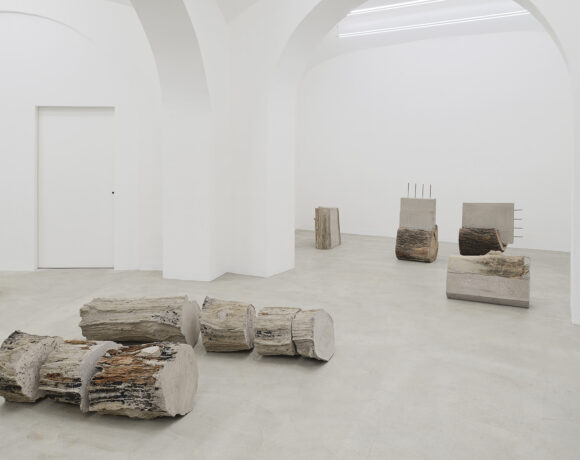