Originally it was darkness: Ettore Frani at La Ver...

Ibrida Festival. Notes for a v..

No application can tell about darkness nor is it a custom shared by many to experience darkness, in a world lit by the logic of noise and urban lighting. Darkness is banished, censored and housed in the confines of danger. But we, on the other hand, care about the dark because we come from the absence of light as the abode of poetic and artistic visions, of life and death.

We know little about the dark. It does not have a definite shape or a clear plot, yet there are those who want to tell it. I’m talking about the poet of the dark: the artist Ettore Frani who creates unusual pictorial views, without noise, almost mystical. When it comes to painting, issues related to the existence of death, light and dark are addressed. Although it does not belong to painting to provide answers on the arcane enigmas of our being in the world, it is capable of condensing the soul of the world to itself.

Thus, from the need to want to bring out the darkness, especially after a period of confinement linked to the quarantine that involved everyone, the exhibition “Nel lucido Buio” takes shape, curated by Giorgio Agnisola, in a particular location: the La Verde La Malfa Foundation, a well-known institution, founded by the artist Elena La Verde, active in the enhancement of modern and contemporary art, in the promotion of the collection of vintage clothes and ancient books, but above all Parco dell’Arte, belonging to the circuit of the Grandi Giardini Italiani. Sixteen paintings are exhibited – some made specifically for the show – in a large exhibition hall in the house of the artist La Verde, whose multiform installations and artistic creations inhabit the wide corridors and halls of the villa.

This “glossy darkness” thus becomes doubly multiple and revealing of meaning because it connects the public with Frani’s painting and, at the same time, with the story of the artist Elena La Verde (who passed away in 2012) and with her exuberant and whimsical creations through which she spoke, in part, of the need for “a desire to immerse oneself in the depths of existence in order to seek a meaning to it”. A research that unites both La Verde and Frani, but in the latter, lightness is the measure of his painting that surprises the observer with its features imbued with lucid realism to the point of making one believe, illusory, to be in front of photographs.

In fact, one is surprised by the sharpness of the light, almost dust, and by Frani’s rare ability to translate the codes of reality or the secrets of vision, giving life to pictorial appearances where darkness is a scenic backdrop and an agglomerating backdrop of sky and air. The dark, in these Frani-like perspectives, performs its best task in being the origin of the world and the origin of pictorial becoming: a magnifying glass to immortalize the adherence and fall of a fabric, the chromatic streaks of the hair, the scalp, the silhouette of a shrub, the profiles of rain, the perforated materiality of the shape of a piece of bread.

This darkness is presence and absence at the same time, the urgency to make room for the dark, which, despite having no boundaries, concentrates the passing of time to itself, the melancholy of the present in anticipating the light. If there were not this darkness, there would be no light. The whole of Frani’s painting is imprinted on this combination, light and dark, which symbolically follows the trajectories of colorless brightness. There are no colors in his paintings and this evokes in the observers a certain idea of ​​sacredness to which we are no longer used. And one is amazed to admire his visions that evoke the mystery of the shadows and light from which we all come because we are all “pure part of the abyss”. So, it is really worth going to see Frani’s exhibition if you consider that no smartphone, no application, at the moment, can replace the cathartic and immortal momentum of this suspended pictorial darkness, which delivers visions far from the deafening and cumbersome din of sound and visual garbage of our times. 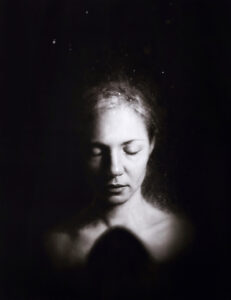 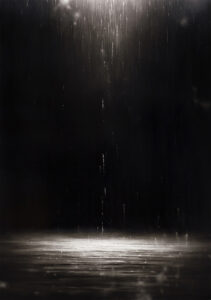 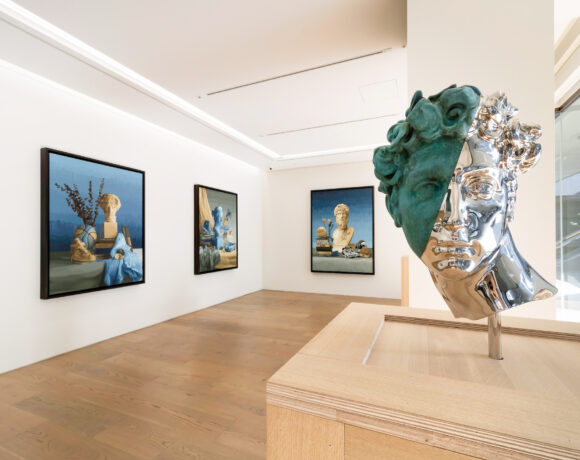 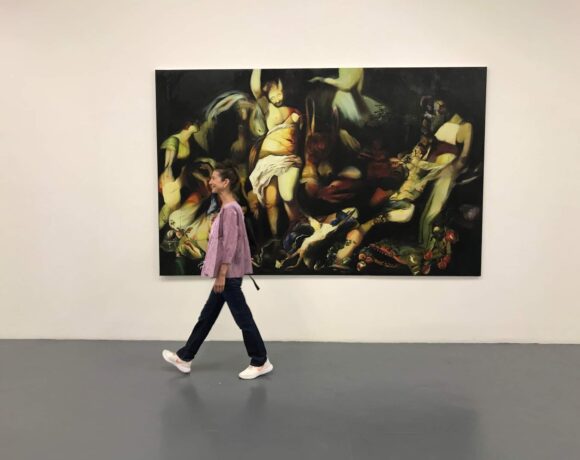 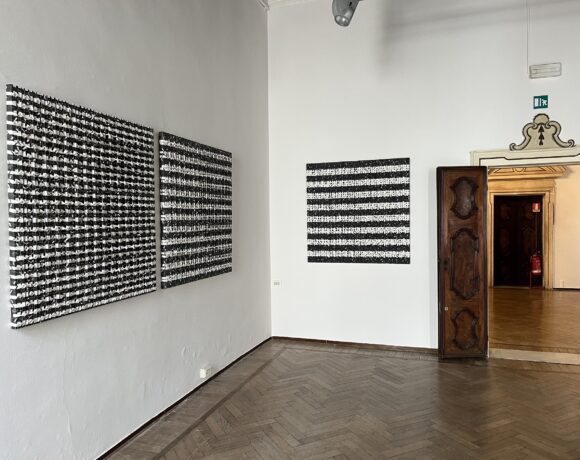