Contemporary society is made up of bulimic and self-referential perspectives; it offers everything, but also the nihilistic nothing embodied in the myth of modern work and in certain artistic interpretations sublimated by their inclusion in the school curriculum. We are talking about Pop Art, a prelude to many visual experiences that anticipate what influences us daily, through what we are going to see live in contemporary art museums or galleries. It is a complex substrate of trends, fashions and interpretations of art and life, and when we talk about art and life in this perspective we refer to the bourgeois culture of the New York of the Village or the London beat. The movement sees its artistic-intellectual beginnings in neocapitalism in the period of the post-world war economic boom, when many truths that were in an embryonic stage already in the years of the Weimar Republic came true: the single would have been canceled to become a vastness and it would have eliminated (at least apparently) also the social differences in order to mark with its rise universal peace, identified with the disappearance of Mediterranean totalitarianisms. The social assumptions that frame the birth and development of pop art in America coincided with the peak of consumption in the 1950s.

The decade ended in 1964 had marked a general acceleration of technological renewal, combined with an increase in the volume of world exports, which tripled compared to 1938 and doubled compared to 1950. Among the consequences, there was a reduction in the duration of the capital fixed and an increase in productivity that clashed with the limits of real market demand. The large-scale study of consumer psychology was born, of indoctrination of the crowds for the purchase of ephemeral goods that skyrocket the turnover of companies that in some countries would have been banned (such as tobacco companies, boycotted in some European countries up to the years preceding the Second World War). Warhol uses detergent and tomato puree not by chance: according to him, commerce was all that the cultural machine of well-being had to offer. From that moment on, the hidden persuaders of marketing began to develop, the first ‘visual advertising’, who planned production on the basis of a demand thus amplified. Development of automation, full employment, high growth potential and above all a presence of non-productive consumers (the ‘young’ as a new market segment). But also moral discomfort, the spread of narcotic substances, elected by golden means to reach altered states of consciousness (rock music, beat generation involving high-level writers such as A. Huxley). We come to what has been defined as the psychology of abundance (and neurosis as a form of democracy). Individual success became a form of adaptation to standardized social behavior validated by one’s fellowmen. The objective world was devalued in the face of appearance; if Warhol’s images are still so emblematic today, it is also due to the unconscious afference of their symbolism in this new sociology. In general terms, pop aesthetics represented a form of unconditional adhesion to the technological reality and the consumer society, creating a new way of feeling and being, so to speak, citizens of the modern world. It is the global village, which will lead to the disengagement, political disinterest and cynicism of a certain intelligentsia, which is however the son of some strategies of tension that operated not only in America in those years, up to the ‘neon’ phase such as defined someone from the 80s. It was said that pop had a cultured origin, and I fully subscribe to this; as already mentioned in passing, this phase was desired by the pressing bourgeoisie who pushed for its place in the sun that was no longer just holidays and microwaves, but spoke to the sensitive soul of people. What was then talked about, this is the task of historians to make it exegesis or perpetual damnatio. 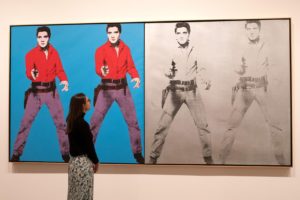 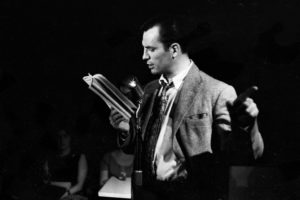 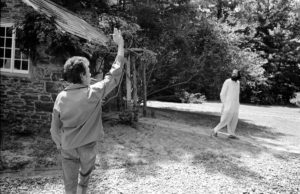