Over Flow. Stunning installation by Tadashi Kawamata at MAAT in Lisbon 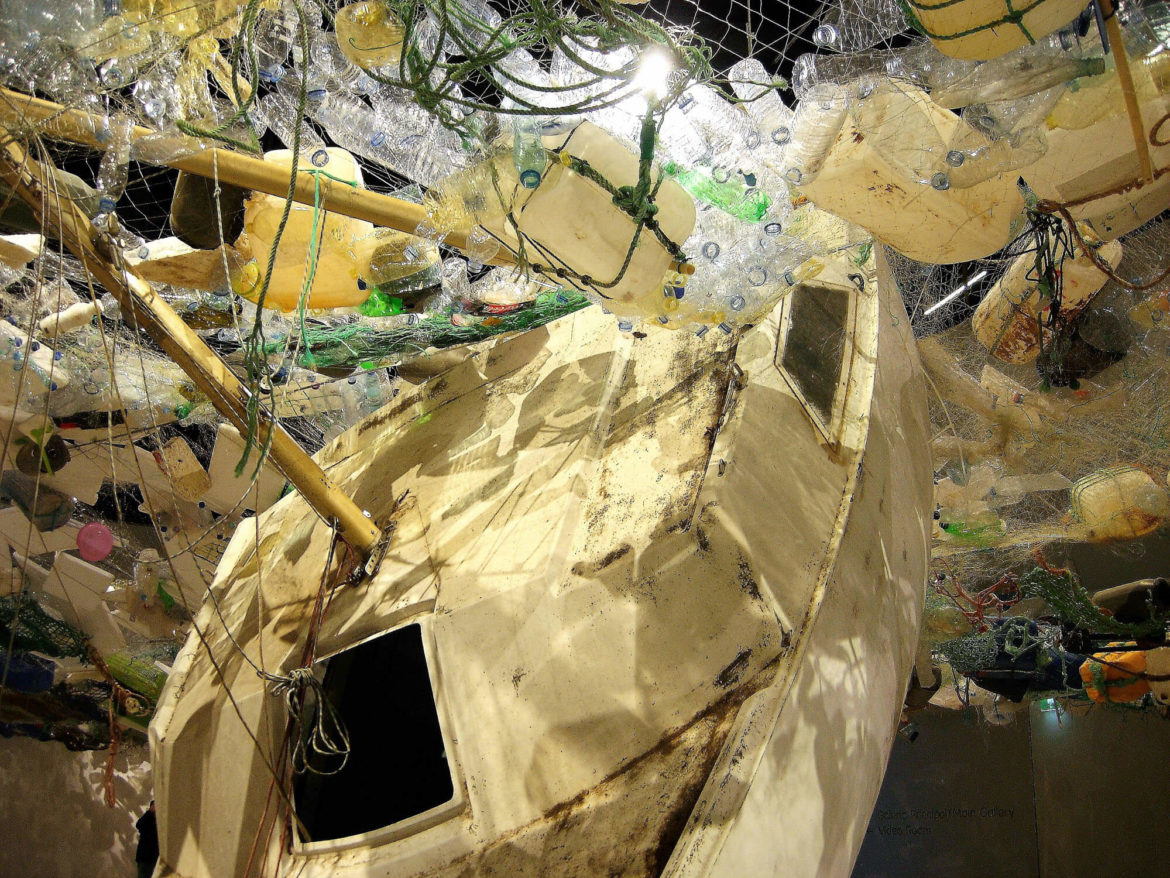 Tadashi Kawamata (b.1953) at the youthful age of 28 he was chosen to be a participating artist in the Venice Biennale. Having since taken part in Documenta and other international exhibitions, he has achieved high acclaim in Europe and around the world. Today he is an important artist and indispensable presence within a growing trend in art to value the production process and participation in society and history. Kawamata’s work transcens the art context and extends to fields such as architecture and city planning, history, sociology, everyday communication, and even medical treatment.

In the sixth site-specific commission for MAAT’s Oval Gallery where he was invited to intervene, Tadashi Kawamata dives into the ecologic issue, reflecting on over-consumption, waste and cataclism. As it has been recently stated by the European Union, discarded plastic makes 85% of the garbage in beaches around the world. While the problem is at our feet, and the media regularly report on its impact on marine life, we tend to easily forget the issue. Using plastic rubble handpicked from Portugese shores by activist group Brigada do Mar, a volunteer organisation which regularly contributes to the cleaning of the beaches of Portugal, and collaborating closely with local entities and Lisbon’s creative community, the artist created a doubly immersive installation. The spectator litterally submerges in a vast sculptural interior, but also is invited to plunge into an evocation of an imagined seascape where, as if by the effect of a catastrophe, living beings have replaced by the wreckage of human civilization.

Seen from above, the installation shows a boundless expanse of garbage that seems to float on a large body of water that makes the observer barely able to glimpse the bottom, in the center of which a boat is placed in a vertical position on the point of sink. Going down the stairs leading to the Oval hall, the visitor can observe the same view from below, as if he were a diver during an underwater excursion. From this point of view, looking upwards, one sees the surface light straining through the various objects stranded in a fishing net, whose shadow on the floor takes on disturbing zoomorphic analogies. The wonder and amazement caused by the ill beauty of this artificial environment make the feeling of suffocation and desolation even more intense when one becomes aware of the meaning of the work.

Working in a city once devastated by an earthquake and a tsunami, Over Flow revisits Japanese art traditions and works such as Katsushika Hokusai’s The Great Wave Off Kanagawa (ca. 1829-33). In a probing inversion, however, where classic prints portrayed nature’s menace to human endeavour, Kawamata’s upsurge reminds us how our current activities pose an overwhelming threat to the natural environment. At the peak of a 40-year career making installations out of urban debris, Kawamata created an environment that is awe-inspiring. And this gesture is a matter of necessity. At a time when we must get a grip on our impact over nature’s stability – and overcome indifference and incredulity at this topic – Over Flow makes ecological consciousness visceral and palpable, as only great art can do when tackling the pressing issues of human action.

As Simon Mittman writes in Sea Monsters: Things from the Sea (2017) we realize that “We are sinking, as individuals, as participants in a field that is sinking along with us, as members of a species, and as components in a massive, global ecological network. But we are not sinking because of the malevolence of natural forces, not because the sand is hungry for us and for our horses (…) We are not sinking because whales and monstrous fish want to swallow us whole, not because the strange beings of the sea wish harm on us, nor because the sea itself is vengeful, though “the water comes,” and who could blame it? We are sinking because of our collective hunger and callousness. As dwellers in the anthropocene, we can already see it all around us.”

As a viewer of Kawamata’s installation, we re-enact a position of disaster-tourist, coming to explore the spectacularity of destroyed sites – similar to the subculture of illegal tourism around the Fukushima site. It is important to ask (beyond mere contemplation) how can a work of art activate a regenerative potential latent in the disaster depicted. Over Flow itself functions as an agent of memory, a record of a continuous global movement leading to erosion and destruction and a document of powerful interconnections across geography and history. The acts of colossal destruction that this installation evokes, reverberate between historic and contemporary times, between Japan and Europe for example.

Being eco-critically positioned, but also being located in the Museum of Art, Architecture and Technology, Tadashi Kawamata’s installation challenges nevertheless a dualistic perspective on nature being opposed to urbanity and opens the field towards urban ecology. In fact, MAAT bordering the river Tejo close to the point of affluence into the sea, proposes permeation. The installation represents not only what nature delivers back to the civilisation, but also a possible point of creative fusion: the point where the museum and the installation itself can transform and re-digest the status quo, proposing new and counter-hegemonic solutions. 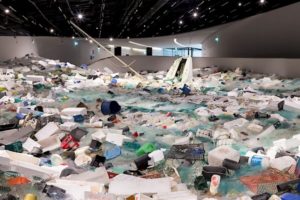 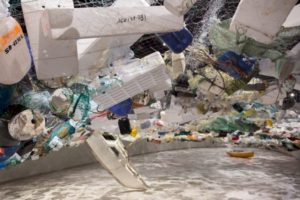 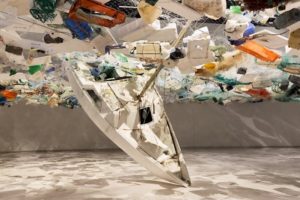 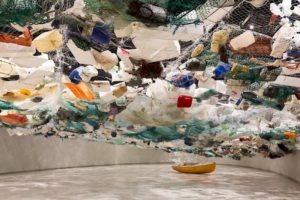 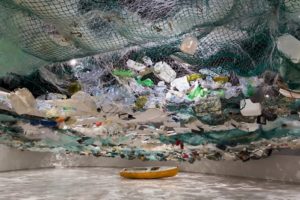