The PAM! Privatissima. Arte Modena 2020 exhibition brings together in three locations – Palazzo Piella in Castelfranco Emilia, Palazzo Ducale in Pavullo nel Frignano, medieval tower in Castelnuovo Rangone – the works of thirty contemporary artists, different by generation and type of language, united by the fact that they are originally from Modena and surroundings. The goal of the curators Sergio Bianchi, Alessandro Mescoli and Federica Sala is to think about the state of local contemporary art from its recent history to the new generation. The exhibition, which brings together painting, sculpture, photography, video, installation, ceramics and comics, is a polyphonic reconnaissance of languages, poetics and creative urgencies that suggests how the propulsive centers can also be micro and displaced and that centralization is not necessarily synonymous with power. The work of each artist, in addition to opening up without ideological veils to a constructive comparison with the other works on display, is publicly measured with the intentions of his own author, explained in a series of in-depth video interviews. The testimonies of the protagonists analyze their lowest common denominator from various points of view, which lies in the relationship with the territory and with the local institutions involved in supporting contemporary art.

It is precisely from these flows of consciousness, which manifest the intersection between personal visions and local opportunities, that the title “Privatissima” is born, which underlines how the production of art inevitably transforms itself into an individual and collective story of life. In a period in which territorial reconnaissance risks seeming obsolete and the artistic movements have given way to a hermetic individualism, the group show aims to document, map and detect similarities and differences between creative universes and areas of investigation that in the last fifty years have been intertwined in the same geographical and cultural basin. While waiting to visit the exhibition set up in the medieval tower of Castelnuovo Rangone, which will open on Saturday 19 September, here are some random reports on the works visible in the locations already open to the public, in which discoveries and finds have alternated.

At Palazzo Piella (Castelfranco Emilia) the artists were invited to combine a work representative of their poetics with an intervention inspired by Dante’s Inferno as a tribute in view of the seventh centenary of his death. Here the boiling bodies of Laura Forghieri stand out, spreading out over several adjacent papers, evoking the mystery of the image and representation with compendiary brushstrokes that in the same figure imitate the flesh but also the sky and the leaves that decompose it. Pierfilippo Gatti‘s virtuous pencil drawings reflect on the metamorphic potential of the body, capable of bringing together hyperrealism and Freudian deconstruction of form in powerful black and white visions. In Enrica Berselli‘s infernal circles, presented in sequence as if they were a refined collection of entomological curiosities, human, animal, plant and alien fragments find disturbing reciprocal balances thanks to a meticulous hatching that observes reality from a very close distance.

In the exhibition at Palazzo Ducale in Pavullo nel Frignano, the most articulated venue where the artists were not bound to any thematic suggestion, a diachronic dimension of artistic language emerges naturally, which intuitively reconnects local exponents to the broader national and international context. We then observe the large paintings by Mario Giovanardi, representative of a painting still pregnant with materic moods that explores its own spatial tensions, suggesting air and thickness between the different mental planes suggested by the superimposition of the pictorial layers. The monumental drawings by Andrea Capucci, taken from the pages of a prolific visual diary that has accompanied him for years, combine formal purity, studied rigidity from Transavanguardia with the unbridled freedom of an almost automatic writing that is not afraid to enter every obsession to discover within it increasingly complex micro-worlds to inhabit. In an exhibition about contemporary art in Modena, it is impossible to ignore Andrea Chiesi, who presents two of his most classic and rigorous urban landscapes, two suggestive abandoned places where thought can experience a peculiar metaphysical solitude while the eye pursues the cutting perfection of the drawing. The same precision, but overturned in the foreground as if to deny the illusion of reality that it entails, is found in the lush pastels by Pier Lanzillotta, which portray exotic inlays of plant elements immersed in an unreal suffused brightness.

Danilo Buccella proposes a visionary setting focused on blatantly incongruous elements whose absurdity is emphasized by a pictorial style of bourgeois landscape, while Emanuela Ascari in the photographic series Non conformi (2016-2019) conceptualizes the transformations and exploitation of the territory in the contemporary world through an essential cataloging that does not lose sight of the balance between aesthetics and necessity. With Federica Poletti the idea of ​​the body returns, this time evoked by its absence: the artist’s iconic paintings reflect on the theme of identity, gagged and manifested at the same time by sculptural fabrics that seem pretexts for autonomous pieces of painting. To ideally conclude the survey, the beautiful sculptures by Elisa Capucci, the youngest artist of the group, which enchant with their versatile willingness to embody thoughts, organisms, architecture or fossils. The artist in her hybrid steles, erected or collapsed to the ground, incorporates mysterious shapes and precious traces of color with an instinctive wisdom in amalgamating the materials that gently wrecks any demarcation between natural and artificial. 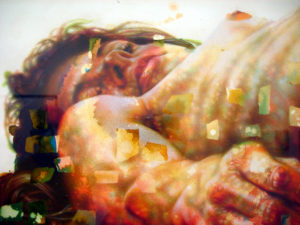 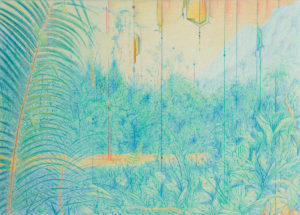 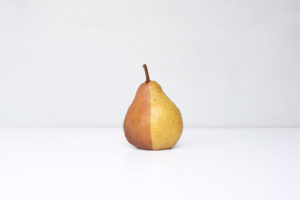 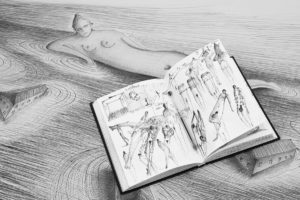 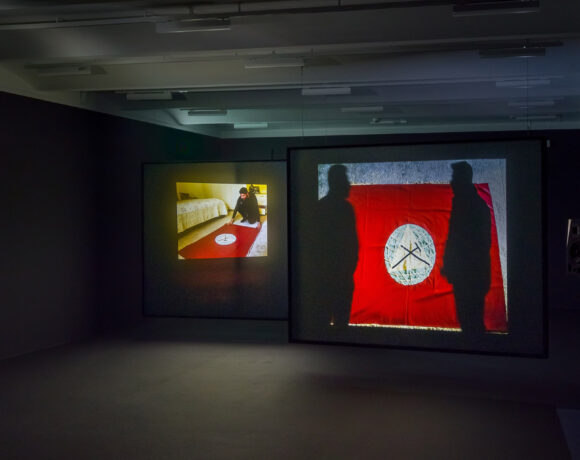 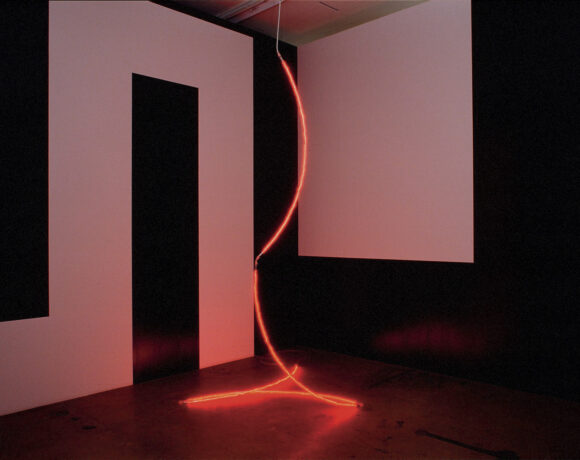 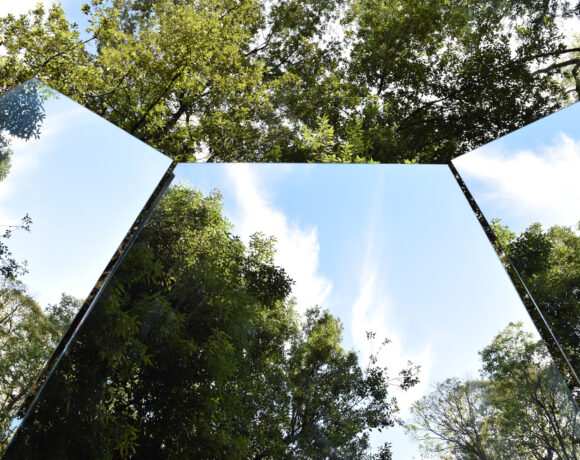