In the age of new technologies, creative languages ​​are multiplying and are gradually abandoning the ancient aesthetic taxonomies, which are less and less able to interpret the multiform expressions of contemporary art.

The notion of “sustainability”, which in the last century takes on a so-called eco-environmental connotation, as it refers to an economic development that does not compromise natural resources and therefore does not diminish the quality of life on the planet of future generations , becomes in the last decades an interpretative category of contemporary art, which is forced to abandon the now obsolete identification mechanisms mostly based on progressively disused techniques, supplanted by new technologies and new media.

In this scenario, using the words of the American philosopher Nelson Goodman, any creative output is analyzed based on the “symptoms of aesthetics”. On the one hand, a multi-millennial methodological approach is adopted that elects certain senses (sight and hearing), as a privileged medium of Beauty at the expense of the so-called lower senses (touch, smell and taste), considered too corporal to allow aesthetic apprehension, on the other digital tools and capacities become the new means through which the contemporary artist expresses himself with always new and different creative results, often able to excite the so-called “consumer” in a multisensory way.

Therefore, in the debate of contemporary art the “artistic” work is in itself sustainable both in that it is beautiful and good in the Aristotelian sense, and in that it is the bearer of a message of Beauty which, at the same time, necessarily, is of social edification, and finally as a synthesis of different creative languages, of a sort of bridging between them, so as to acquire its uniqueness and originality, the result of such osmosis and aesthetic dialogues allowed by the digital world.

In this context, the artistic dialogue event “Music of Painting. The Music of Painting ” from October 24th to November 6th 2019 at the former Church of San Carpoforo at the Brera Academy of Fine Arts in Milan. The works of the artist Paola Giordano with a soundtrack composed by the students of the Soundart master of the ARD & NT Institute (Brera Academy of Fine Arts and Milan Polytechnic), and with a musical performance by the famous Swiss pianist Silvan Zingg in the inaugural session, are the protagonists. An artistic exhibition of medium-large paintings including the famous work “Quo vadis”, where the artist confronts the quantum theory of parallel universes. It is a work of about 5 meters long and 3 meters high, which in 2017, as a part of the traveling exhibition OUR PLACE IN SPACE, commissioned by NASA and ESA, was exhibited first in Venice at Palazzo Cavalli Franchetti, then in Chiavenna at the former Convento dei Cappuccini, and in 2018 in Garching, Munich, Germany, at the ESO Supernova Planetarium & Visitor Center. In April 2019 it has been presented at Palazzo Marino in Milan as part of a Design Week event promoted by the Municipality of Milan.

Among the other works exhibited in the former Church of San Carpoforo stands “Le nuova Madonne”, already presented at the XXII Venice Architecture Biennale in 2010. A tribute to the woman of the third millennium, still too often abused and subjected to violence, to search for a new social identity in an increasingly controversial metropolitan reality, dominated by the appearance, from the ephemeral search for a “like / don’t like”, as the Korean philosopher Byung-Chul Han would say.

The event, which is organized by the ARD & NT Institute (www.ardent-institute.it) and the Ethicando Association of Milan (www.ethicando.it), is also an occasion for the presentation of the book “Paola Giordano. Metropolitan Suggestions between Life and Art “(Marco Eugenio Di Giandomenico, Publisher Ethicando, Milan, 2019), which tells the life and works of the artist and also addresses the age-old question of the sustainability of contemporary art. This editorial work wants to have an original narrative cut. The author imagines a chance encounter with the artist on the occasion of a gala dinner at one of the CityLife skyscrapers in Milan, where they are both invited, and while approaching the elevator to reach the top floor, an electrical blackout keeps them in silence and in the dark for about two hours. In this moment of uncertainty and dismay, the two weave a dense conversation outside time and space, in the Platonic dialogical manner, where Paola Giordano recounts her life and artistic experiences, and the author addresses some of the issues at the center of the debate contemporary art, including the relationship between art and science, the sustainability of art, the spiritual aspects of art, the creative languages ​​of the third millennium and others. 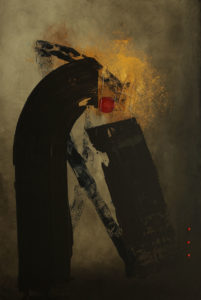 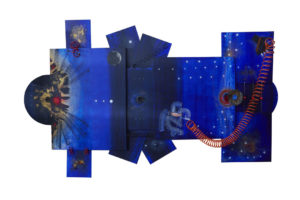 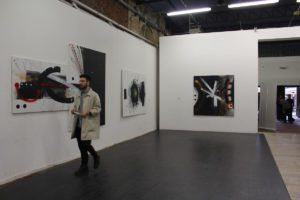