Paolo Ciregia. God is dead but the devil walks

In conversation with Ruggero M..

Paolo Ciregia. God is dead but the devil walks

Paolo Ciregia (Viareggio, 1987) – selected among the 24 photographers of the Foam Talent Call (Amsterdam) 2016 for international talents under 35 – for some years has been investigating systems of power and propaganda, wars, ideologies, symbols and language, through complex installations that reveal a clear pessimism towards man and history. I interview him on the occasion of his second solo show at the Mc2 Gallery in Milan: “Resistance devices”, curated by Vincenzo Maccarone with a critical text by Carlo Sala.

Tell me about your beginnings as an artist.
I was actually a geology student. I have always been distant from art, although I absorbed many things from my grandmother who was a Flemish painter. I started photographing late, at 26, and in winter I traveled a lot for passion. In geology I was interested in substance: how far can you take it to the limit? How much is unpredictable in the two-dimensionality of photography? Usually little. But in my case, working so much in the darkroom, there is always the surprise effect. While with the matter you find yourself confronting yourself with the failure which is the most important concept of my work. Maybe you have in mind to do something with iron or plastic and you realize that the vehicle does not allow it. Photography is too immediate. It’s all there already. In addition to the captivating aspect of art, I want there to be a solid conceptual part.

Why did you decide to document conflicts?
I worked as a photojournalist in Senegal and other countries. The Russian-Ukrainian conflict was the first I followed. I had been living for five years in Ukraine, one of the last satellite nations of the Soviet Union where they tried to look beyond, to Europe and the West. There were seeds for a turnaround. My first job was about young people: how graduates fell into the tunnel of drugs and prostitution. While some still believed in the future, many others felt defeated. For me it was the proof of a revolutionary failure. I hope you understand that there is never a positive view in my work. There is no way out. I’m not doing propaganda, I’m not an activist, rather an artist who is interested in investigating man and the mechanisms of war and revolution. I went from Kiev to Crimea to analyze how much photography and the media affect a revolution. Then there was a switch, towards something that looked more like art.

Yours was a rapid progression from the use of the photographic medium in its most objective form to the subsequent manipulation of the images up to the installation explosion.
The first step was on the field. A video work in b/w (U Okraina, 2015) for which I inserted an obsolete SD card inside an HD machine. The moment it recorded the frames it lost a lot of them. People moved in jerks. I mounted it exactly this way. As far as we want to describe objectively, we never succeed, because there are always missing parts. The more I tried to document the fact, the more I opposed it. Once back home, I adopted a form of complete criticism about myself and what I had done. What’s the use of this archive of gigabytes of death? Did I really need to be there? I was against the emblematic photos of the war. Manipulation was a form of rejection. What I did in Perestrojka (2015) was to eliminate the image of the dead. The white outline around which people concentrate is more powerful because it allows you to linger for a second. There is a pause within something extremely violent. Then the installation, the sculpture were a way to get out of photography and enter the subject.

Let’s get into the solo show “Resistance devices” in which there is a body of new works: the series 40 dictators (photography, video, sculpture) that was previewed at Artverona, the neon God is dead and the devil walks and the sound work Intermezzo.
We know Mao Tse Tung, Hitler and Mussolini, but are we sure we have really absorbed the story? This is why the scans from under the busts of 40 political leaders (40 dictators) were born, to show how a small gesture can make the situation stand out in a completely different way. From below it becomes something else. A cave in which to enter and continue to search. Or the space seen from above. When there is a dictatorship the natural person disappears and only the statue, the bust, the fetish remains. Their faces contain all the ideals and it is as if the eyes were still vigilant over people to instill fear. I wanted to analyze the dictators in order to completely cancel the head, the identifiable part, and with this gesture defuse them. Because if you don’t read the caption it becomes something unrecognizable. I started collecting busts around the world, but the research was limited to what I could find in bronze. In Cambodia you find nothing about Pol Pot or in South America there is nothing in bronze, more in wood or marble. The busts were melted in a crucible and the resulting liquid was inserted into another minimal sculpture. I would like to clarify that the shape was not taken from a pomegranate grain. This is not an idea linked to a new life …

Quite the contrary, I would say more an idea of ​​oppression.
In fact, what interests me about the pomegranate is not its red color or the symbol of abundance to which it is linked, rather how the grain forms inside it. In the perfection of the fruit the beans are all pressed. Each grain is not free to change shape. It is like an individual within a system of rules, where it is compressed without having the power to express itself. From perfection to oppression. The same is true for the work God is dead and the devil walks that fills the hole that left the sculpture. It is not the death of a religious God, but of an omnipresent dictator who has replaced religion. Something you don’t see, but of which you perceive power. Without bringing anything good, as in all revolutions. As if there were a cycle of negativity that always affects the individual.

“God is dead and the devil walks” is the true statement of this exhibition.
Some say it is a very Nietzschean concept. He at least saw positive possibilities for man without God. I, on the other hand, do not believe in man. I want to bring to light not a solution, but how much man is wrong all the time. The work of 2017 with intermittent light transmits in morse code “historia magistra vitae”. Put in a bright loop, only a few can perceive the message. It is like condemning man to repeat mistakes because he is not given the tools.

You also incorporate the sound into your works. In the video of 40 dictators the sound almost strikes the visitor…
The sound is very important both in 40 dictators and in the Intermezzo installation (for which the gallery will organize an event before the end of the exhibition) which is the recording of the bombings in Donetsk airport, where I found myself by chance with another journalist. We hear the fighters firing and at the same time the chirping of birds. There is a response of nature to man. It is a dialogue that is formed slowly.

It is perhaps your only work that possesses this double positive and negative vision.
This power is not in man, it is in nature. I am pro nature, indeed pro meteorites. (Laughs) 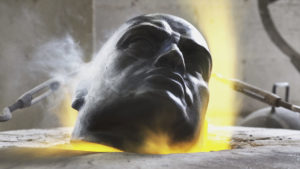 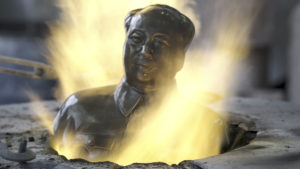 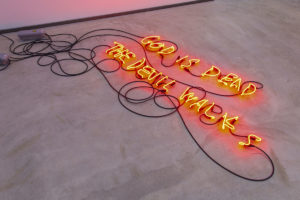 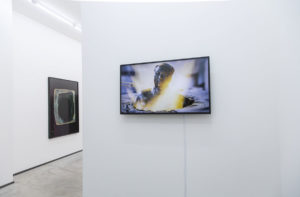 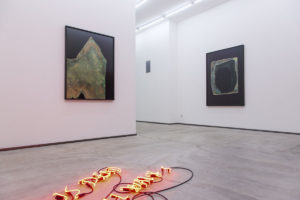 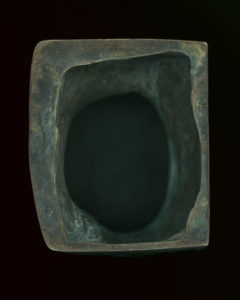 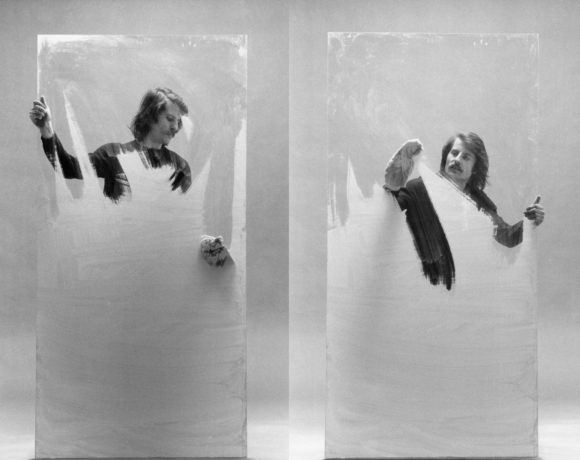 Elisabetta Catalano. The self and the totality of the image in the Italian performance of the seventies 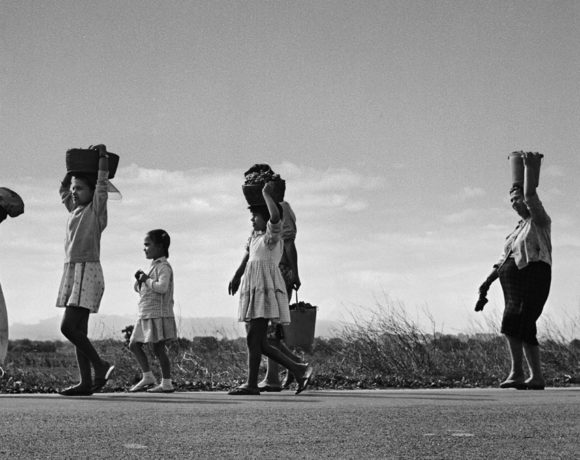 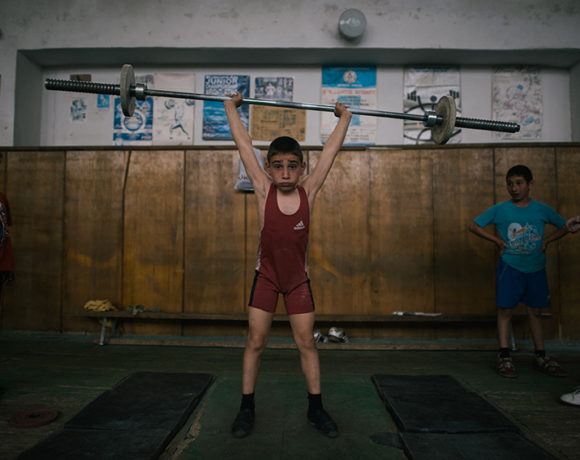