Paolo Parisi was born in Catania in 1965 and lives in Florence. Parisi’s work reflects on painting and the relationships it can establish with what is around it, making the fruition of the work a physical experience that allows you to establish new relationships between content and container, suggesting metaphysical and poetic flights. From the outset, his research appears to be focused on the transformation into an artistic image of an initial non-arbitrary assumption, as it is deliberately received through tools that exclude the interference of psychological data such as cartography, architectural survey and photographic optics, thus supporting a scientific practice, almost aseptic observer, Galilean and without thinking of Heinsenberg and the uncertainty principle.

Since the 1990s he has exhibited in numerous Italian and foreign galleries and museums, including the most recent appointment, at the Museo Novecento, Florence (2019) and his participation in Manifesta 12, as a side event at the Gemmellaro Geological Museum in Palermo (2018).

Now, until March 6, Paolo Parisi exhibits in Milan, at BUILDING, with the project The Weather was Mild on the Day of my Departure, curated by Lorenzo Bruni, and designed specifically for the ground floor and first floor exhibition rooms. The exhibition can also be visited online through a three-dimensional mode of use available on the website www.artland.com, an international platform dedicated to art galleries.

The Weather was Mild on the Day of my Departure project is made up of four new cycles of works that reflect on the practice of painting and represent the last three years of his artistic research. In addition to the works from 2018-2020, there are four sculptures and a video from 2013 that share the same broader reflection on the painting object and on the relationship of the latter with the container in which it is inserted. All the works have in common the exploration of the theme of the legacy of Modernism and monochrome painting, but also and above all of the – physical and mental – journey understood as the discovery and sharing of the external world with “the other different from oneself”.

The exhibition was conceived as a unique narrative that develops within BUILDING, calling into question the viewer through different works, cycles and techniques. The objective is an analysis of the importance of the direct experience of vision which, as the works suggest, is complete only when a balance is reached between concepts such as: observing and perceiving, experiencing and interpreting, figurative and abstract image, masculine and feminine, knowing how to remember but also to forget. An attempt that coincides with the idea of ​​identifying a third way that escapes the Western dualism from the past century.

The new cycles of works range from the monochromatic paintings The Whole World in a Detail (Fabric) from – iridescent surfaces due to the particular application of color that refer to the illusory preciousness of the typical fabrics of Renaissance painting – to site specific works entitled Girls of Italy! from 2021, landscape images from the artist’s personal archive printed on transparent fabric embroidered with modernist geometric elements taken from a sewing manual. The other two cycles are The Whole World in a Detail (2018-2019) – paintings based on the repetition of the square shape of the photographic pixel which, however, denies itself due to the layering of colors – and The Weather was Mild on the Day of my Departure (2018), from which the title of the entire exhibition is taken, consisting of diptychs that relate a painted monochrome, with a photographic image of the landscape of the Messina Strait, between Sicily and the rest of Italy.

What unites the works of Paolo Parisi on display at BUILDING, in addition to the reflection on the tools of painting, is the will to analyze the codes with which the human being interprets the measurement, the imagination and the perception of his crossing the places, but also how he remembers and designs them.

“The theme that constantly recurs in Parisi’s works, which marks the perception and re-imagination of the two floors of the gallery’s architectural space – as the curator of the exhibition Lorenzo Bruni writes – is color and its reaction to the stratification of time in the vision. Color, in his case, becomes guts and intellect in the same instant. In fact, the result to which the viewer leads is to question the idea of direct experience in a time dominated by digital globalization and the world pandemic, which has forced people to live in their own private space while in total hyper-connection with everyone. That’s all. The need to think about the contemporary contradiction of being or telling oneself is resolved by proposing a direction of solution through the title of the exhibition which is borrowed from the text by Joshua Slocum, the first man who in 1895 navigated the globe alone”. 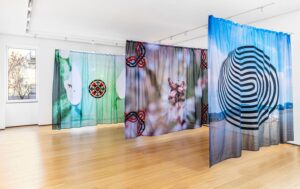 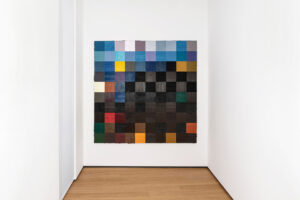 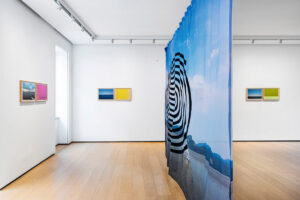 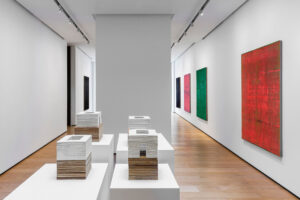 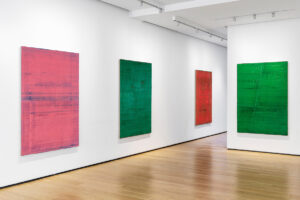 Paolo Parisi, The Weather was Mild on the Day of my Departure, installation view at BUILDING gallery in Milan, ph Leonardo Morfini, courtesy BUILDING 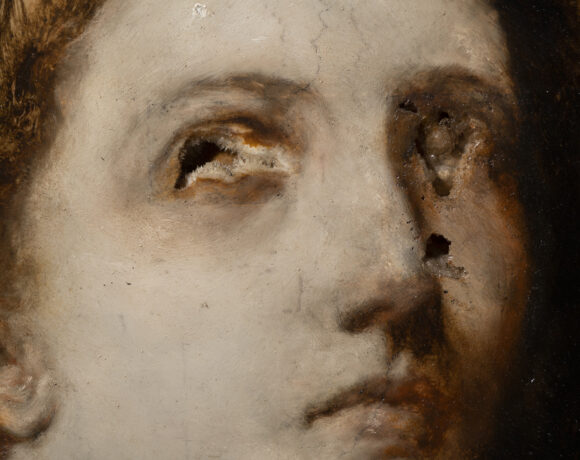 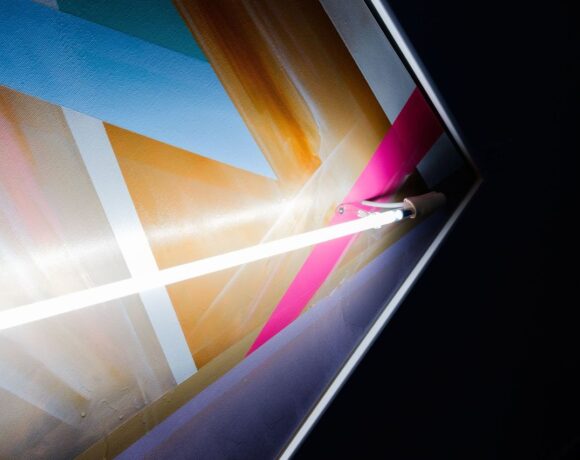 Metamorphosis by Laura Benetton: between art and science 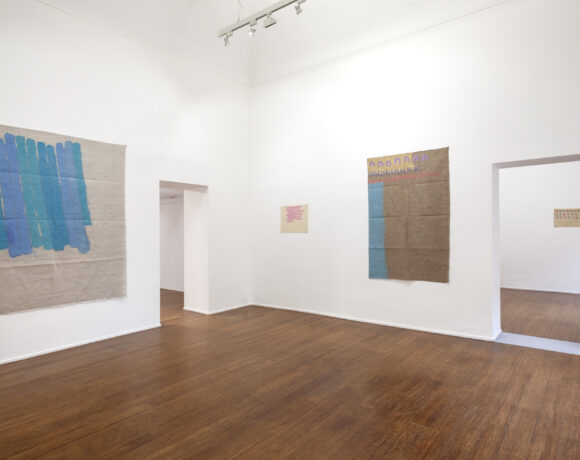 Giorgio Griffa. An abstract world… Is it enough?