Perceptual alteration: what photography is to Tani...

I would like to explain who you are, but I don’t want to summarize it myself, I would like you to do it through the title of an art work.
Tania: “Can’t help Myself”, Sun Yuan and Peng Yu, 2016. If I had to describe myself, I would certainly start from the emotional sphere, which, in my case, influences all the others. This work has multiple interpretations, the social one, the political, the psychological, but it is mainly linked to the concept of the search of control, a natural instinct of human, in its contradictory meaning. The machine of the artwork has the task of containing a liquid producing a succession of repetitive movements that compulsively make it try to contain something which is uncontainable, in a paradoxical dance of life. I perceive this feeling of relative control, of inevitable stumbling, of unsuccessful attempts linked to one’s own cognitive memory, similar to how we manage emotions, an action really difficult to contain. The artistic process also requires a major effort. From this point of view it is a fluid process made up of filling and emptying, which sometimes you would like to contain but in practice they are impossible to curb.
Lazlo: “Do Androids Dream of Electric Sheep?” Philip K. Dick, 1968. Ever since in childhood I saw the film adaptation of this science fiction literary work (Blade Runner, Ridley Scott, 1982), I have been captivated by its story and themes, such as the importance of empathy, the battle between reality and fiction and the clash between personal and collective desires; those are fundamental issues for what today is my way of seeing the world. It fascinates me to see how the perception of reality is often very subjective and it comes naturally to me to try to understand the reasoning of others, whether they are real people or fictional characters. Probably I tend to project myself into others’ psyche due to a certain difficulty in living with my interiority, perhaps it is also for this reason that in our artistic work, Tania and I, we create altered realities that involve various layers of readings and the intertwining of situations of others with personal ones.

Has photography already expressed everything or can we still discover something more?
Tania and Lazlo: Photography is a medium, therefore it depends on how it is used, on what one wants to communicate or express: the discovery lies there. It can be used as a research tool, for experimentation, as the subject itself of the work, overturning its main role or, as we like to do, as a “perceptual alteration” to insinuate the doubt in the public, leading them to wonder if what they are looking at whether or not it is a representation of reality.

Between Jeff Wall and Andreas Gursky, who do you feel is closer to your way of making art?
Tania: Jeff Wall, definitely. The first time I saw a live Jeff Wall I was blown away. It happened with his work “Dead Troops Talk“, exhibited at Palazzo Grassi in Venice in 2006, in the exhibition “Where are We Going?“. It was the first time that I had encountered live a large-format photograph that arrived to me in such a direct way and, at the same time, in an ambiguous way, due to the grotesque and penetrating contradictions of the work.

What you think of the influence of social media in the activity of a contemporary artist, specifically in yours?
Tania and Lazlo: Mixed feelings. We use them, we understand their relevance and potential, but some aspects scare us, such as the speed of content consumption. We like the fact that they connect people with the same passions, and that they allow people to inquire according to their interests, and we think that for artists they can be a useful means to show their production, their artistic approach and their thinking. Social media can be interesting to show the behind the scenes, the studio, the projects in development and all the things that revolve around the artist’s work and the person, rather than for sharing the concluded works themselves, given that the fruition of the real works should always be done live, or in the places intended for them.

Do you have a precise methodology, or does it change from project to project?
Tania and Lazlo: Over the years we have surely naturally developed a methodological pattern that we follow in our production. We start by trying to grasp ideas, concepts, elusive thoughts, visions, which sometimes arise in dreams and from the unconscious, sometimes in a rational way, drawing on multiple aspects of society. We mutually share the raw ideas that we then file or totally modify according to what interests us in that specific moment. When we find the right balance, we move on to the projecting phase where, through drawings and sketches, we outline what we think in order to understand how to approach the creation. Then the stage of research comes, in which we compose and prepare the photographical sets, where all the elements that will be part of our creations come together, it is the moment where we can finally touch what was previously only in our thoughts. Some of our works are entirely made by creating unreal scenarios, others by making targeted interventions in existing locations. We use objects found in street markets, or others specifically created for the work. Usually we personally interpret the depicted subjects, or we take care of selecting some people to involve, with whom we aim to create a real bond in the shooting phase. Everything must find the right place and the right synergy.

How has the pandemic influenced your artistic production?
Tania and Lazlo: At first it was devastating, it totally blocked us. It has been a period of introspection and reflection, where we began to write down ideas for projects that we could carry out when the situation would be improved. In the meantime, we also had time to calmly review the material made in all those years, and in this process we grew fond of images we had never shown before, such as the works that had led to outline the essence of the Behind the Visibleseries. And that’s how we started to design and create our first box set Accidentally Stumbling on Exposed Roots, a collection of images that represent for us a travel, which is both conscious and filled with encounters, visions, stumbles, desires and hallucinations. A selection of visual suggestions collected during the research phase, that digs between aesthetic themes and languages, close to our wilder side, welcoming the unexpected. In September 2021, when galleries, museums and festivals finally reopened, we had the pleasure to present a preview of this new collection in our solo exhibition at the Photo Open Up International Photography Festival in Padua, and also in second personal show set up at BI -BOx Art Space in Biella. 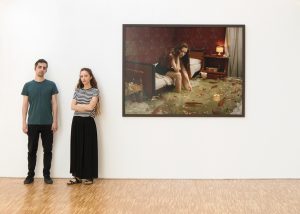 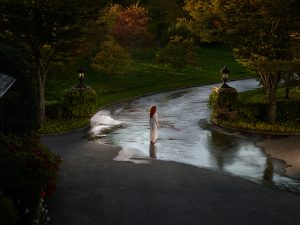 Tania Brassesco and Lazlo Passi Norberto, Lost River, from the serie Behind the Visible. Courtesy the artists 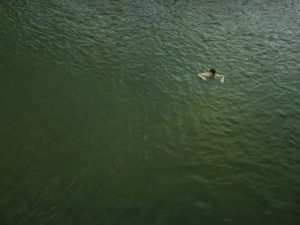 Tania Brassesco and Lazlo Passi Norberto, Endless Void, from the serie Behind the Visible. Courtesy the artists 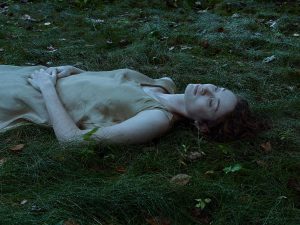 Tania Brassesco and Lazlo Passi Norberto, I Can Feel the Universe, from the serie Behind the Visible. Courtesy the artists 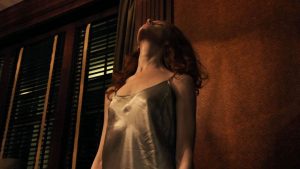