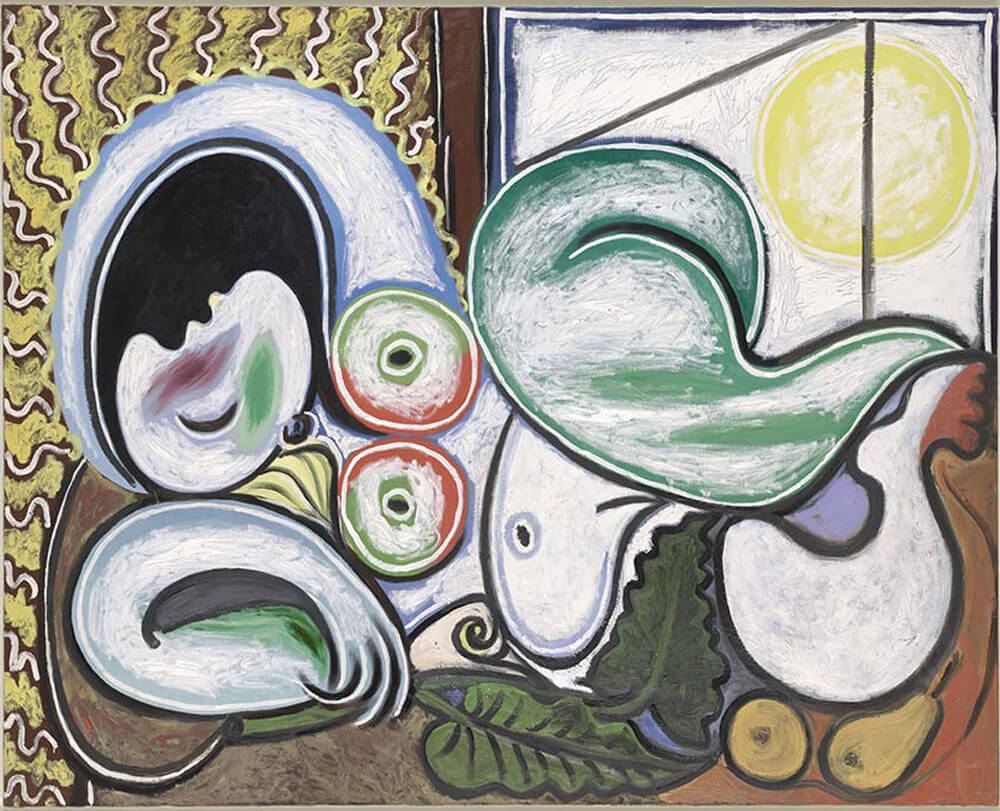 Rivers of ink have been spilled to explain Picasso’s art. Picasso cubist for intimate willingness, always more concrete and aggressive than Braque; Picasso opportunistic genius, among the first, in the twenties, to understand that the roaring avant-gardes would be aged; Picasso attacked by the propaganda necessity in making Guernica, of which it was said that the rhetorical dimension was too hypocritically predominant compared to the experiential symptom; Picasso misogynist, debtor, among others, to François Gilot (of whom Taschen has recently published a new edition of some sketchbooks); Picasso whose market career developed before our eyes, with his friend and merchant Kanhweiler. One thing is certain, we are obsessed with him.

An etching by Albrecht Dürer shows a drawer who uses a squared grid through which he observes a model. The pose of the woman suggests erotic abandonment, while the man, in a position of control, metamorphoses her essence in art. The same and contrary metamorphosis is that of Picasso’s Nude Lying (1932), who had many obsessions, especially those relating to the female body. It is Palazzo Reale, in Milan, to celebrate them, with an exhibition that continually weaves its relationship with myth and classicism. The metamorphoses referred to by the title of the great Milanese exhibition are above all those of Ovid, which the Spanish genius illustrated in thirty etchings published for the first time by Skira in 1931. However, considering the sections within which the exhibition is organized, one would say that the metamorphoses in question are primarily an idiosyncratic, sentimental and obsessive fact.

Even the Galleria Borghese in Rome tells us of a Picasso at first glance implosive, exclusively a sculptor, who looks at antiquity and its physical and metaphorical aspects; but we would be wrong to see in this image of the Spanish artist an attenuation of his iconoclastic spirit and of his power of shock and scandal, in the constant search for truth and reality. The subjectivity at stake here is itself a form of transgression, of heteronomy of the interior, resulting from the impossibility of totalization. As in Marleau-Ponty, the sentimental desire for possession and fusion with objects of love is an example of what he calls cruel thought, or the desire to understand everything and to be sufficient, and therefore cruel.

Let’s go back to Picasso’s Nude Lying, exhibited in Milan, which talks for the occasion with a sculpture of the sleeping Arianna from the Louvre. The images of the sleeping women are traditionally played on a certain inaccessibility, despite the fact that they reproduce the usual male gaze on the woman. It reminds of the Narrator of Proust’s Recherche, who enjoys no relief during the hours spent with Albertine, his lover and prisoner in his own home, and seems to be happy only when he sees her sleeping, to the extent that he seems to be metamorphosing into a vegetable. Still metamorphosis, therefore, and the call in question of a feeling that can only be played on the impossibility and on the will to know everything, to draw from everything the part of the unknown that it contains.

The avant-gardes have had this paradoxical: that the universal value of the production, in art, of human feelings, subtracted from conventionalism and bourgeois moralistic subjection, could only appear through a man of genius, renewing an intellectual elitism. Picasso, according to Jameson, was the emblem of genius inaccessible to others, whose free compositions did not favor new channels of direct relationship with the public. After all his creative experience engages him in a totally exclusive way. His art is not chaste, but he accepts physiologically and sentimentally the impact of reality and its violent clarity. 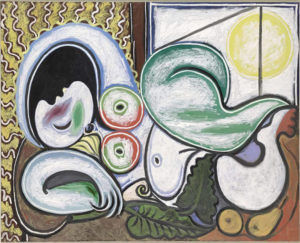 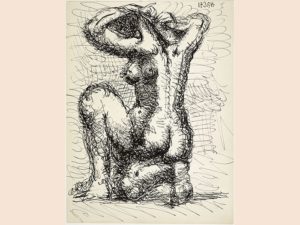 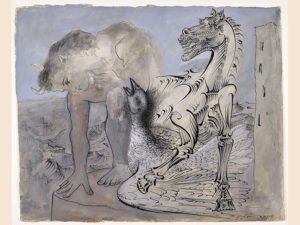